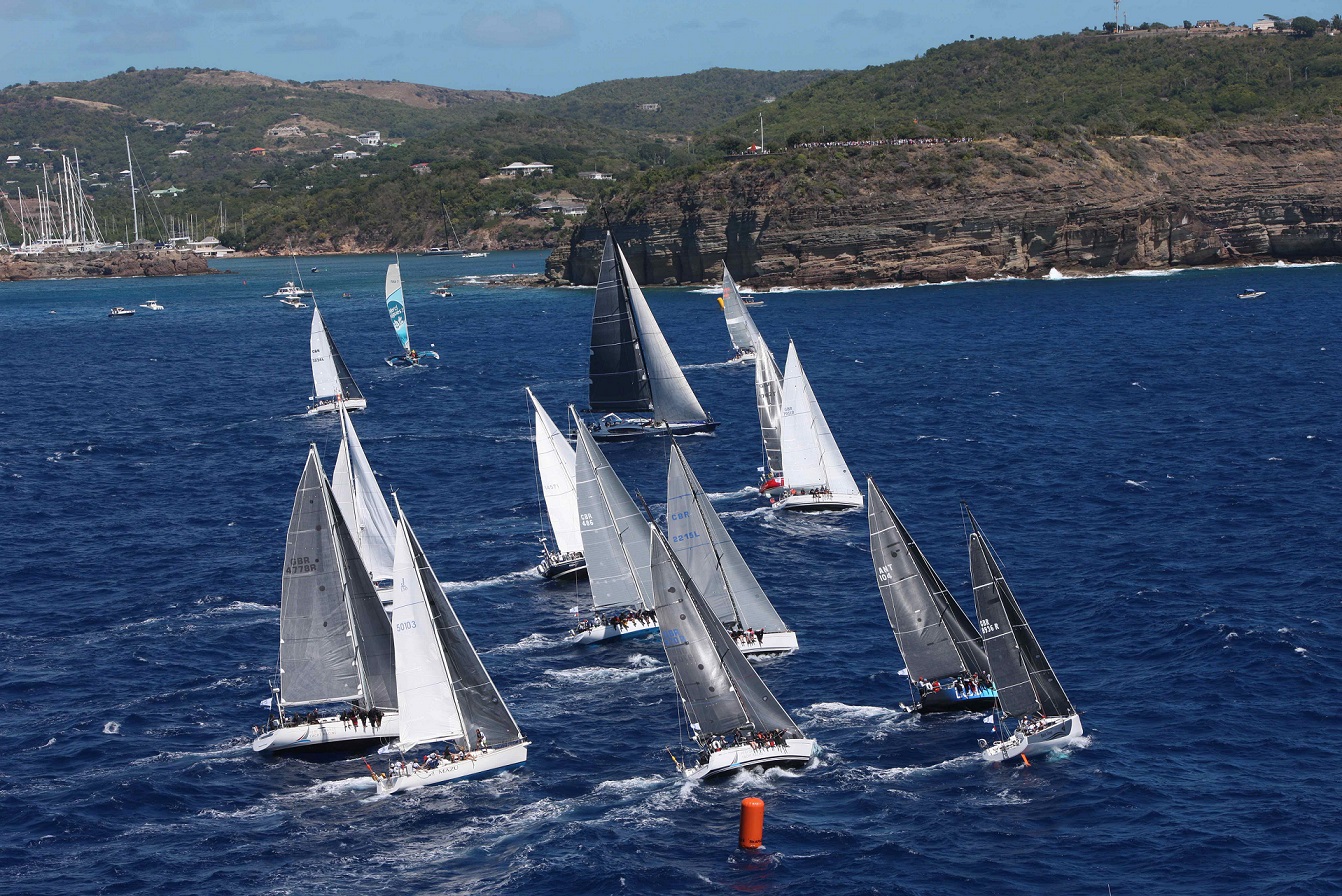 A Trial of Passion

In February there is no better offshore race in the world than the RORC Caribbean 600. Racing 600 miles non-stop around 11 tropical islands is a challenge, especially for the largely corinthian teams racing in IRC Two and IRC Three.

The race is a test of endurance, boat handling and seamanship, coupled with spectacular racing conditions and stunning scenery. Winning class or making the podium is worthy of a huge celebration. Every team is congratulated dockside by enthusiastic volunteers, cheering the accomplishment of simply finishing the race.

In 2019, IRC Two was won by Scarlet Oyster, the sixth class win for the British Oyster 48 and the seventh for skipper Ross Applebey who has been racing in the Caribbean since 2002. Scarlet Oyster has won class more times than any other boat in the history of the race. Applebey takes the lid off the RORC Caribbean 600. 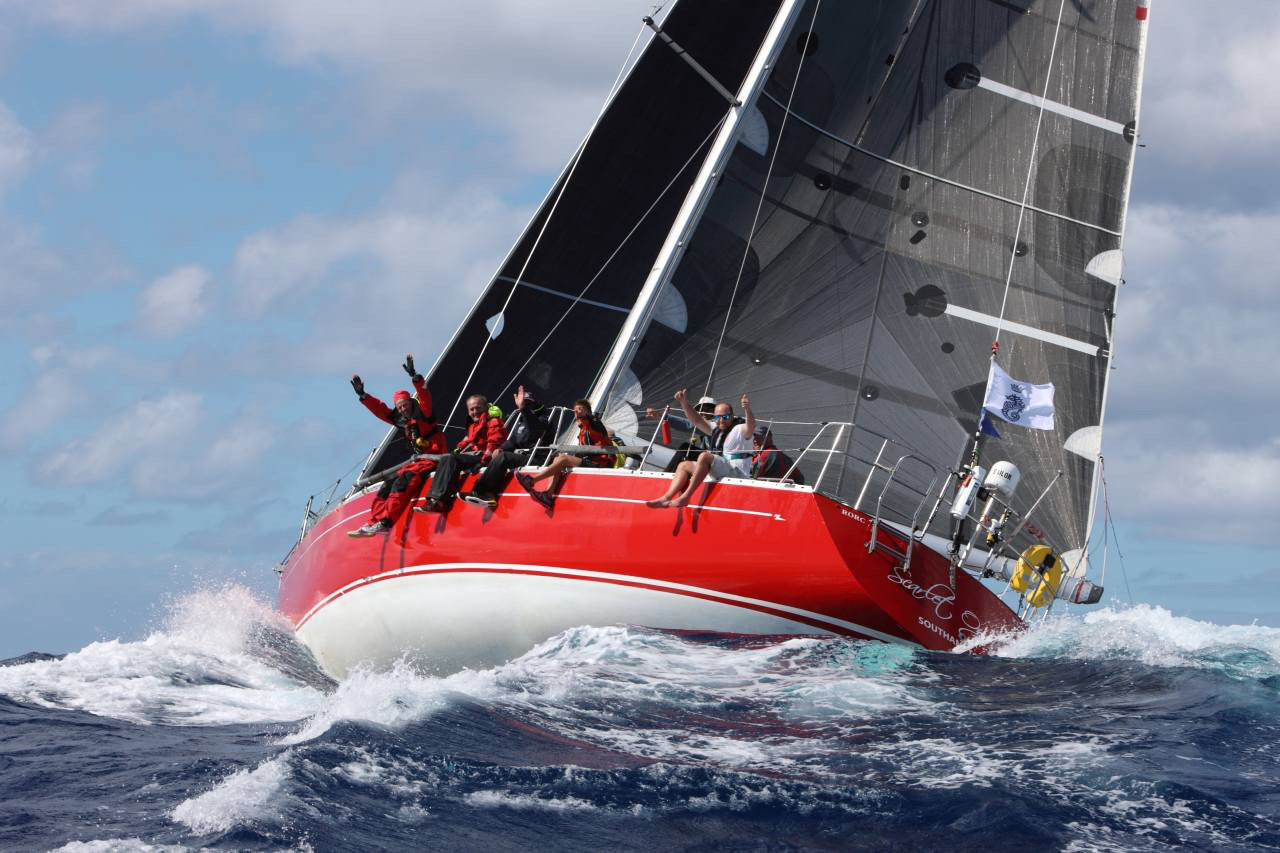 Aiming to hold onto their class win for the 7th time in a row. Racing in IRC Two - Ross Applebey's Oyster 48 Scarlet Oyster © Tim Wright/photoaction.com

“Whilst it is unusual to have over 30 knots in this race, you can expect 20 knots or more most of the time; it’s relentless - you are at full power,” says Applebey. “Leaving your foul weather gear behind would be a big mistake. You will get wet, cold, and be ineffective as a crew member. Rehydration and heat stroke are also big issues. If you have any weaknesses in the sails, they need to be properly addressed before the start or you will spend a lot of time nursing the boat around the course rather than racing at full speed. The first big gybe is on the first day at Barbuda, it’s a big sharp turn, damaging the mainsail there can mean that you don’t finish the race. The RORC Caribbean 600 is tough but also wonderful and for Scarlet Oyster, it is important that the crew don’t get harmed by the experience! Safety is our biggest priority and we want people to enjoy a fantastic race.”

Applebey considers two of the biggest rivals in the class to be Pamala Baldwin’s Antiguan J/122 Liquid and Andy Middleton’s British First 47.7 EH01. In 2019, EH01 finished the race just 26 minutes behind Scarlet Oyster, coming second in class after a close battle on the water. This year the RORC Commodore and several members of the RORC Committee will be on board. EH01 will have direct competition from Swiss First 47.7 Kali, skippered by Benedikt Clauberg. Liquid was third in class last time out and has already started practicing for the 2020 edition. She will be skippered by 25-year old Jules White who will compete with a young crew from Great Britain, Peru, Guadeloupe and the Netherlands. Russian skipper Yuri Fadeev will be racing his First 40 Optimus Prime. Yuri has taken part in nearly every race. His Capstan Sailing School, racing UK based Skylander, won the RORC Best Sailing School Yacht for 2019. 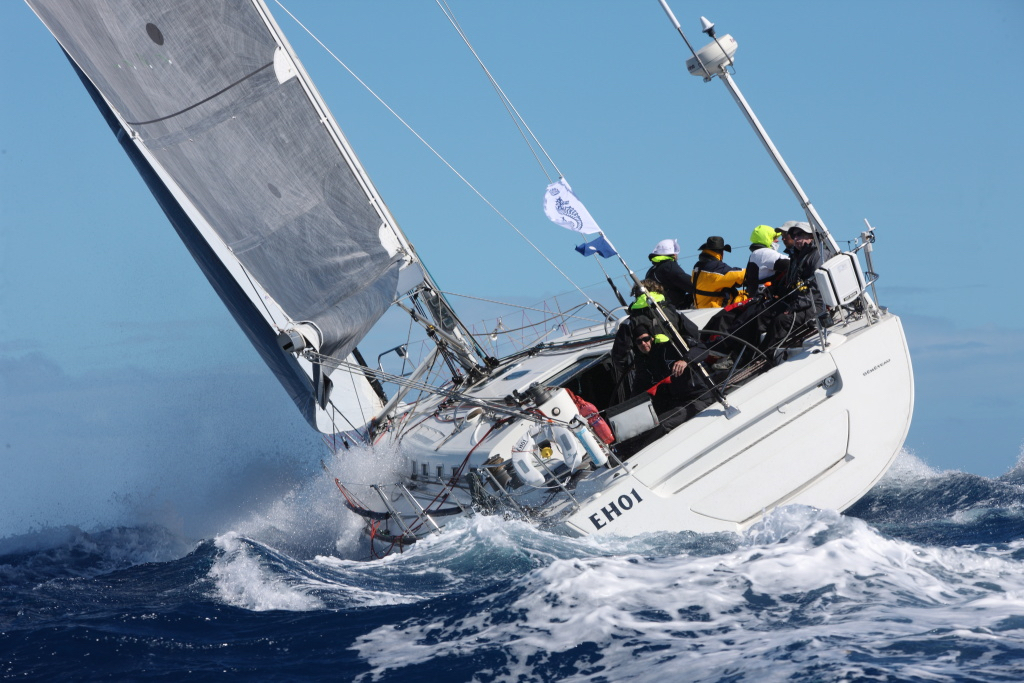 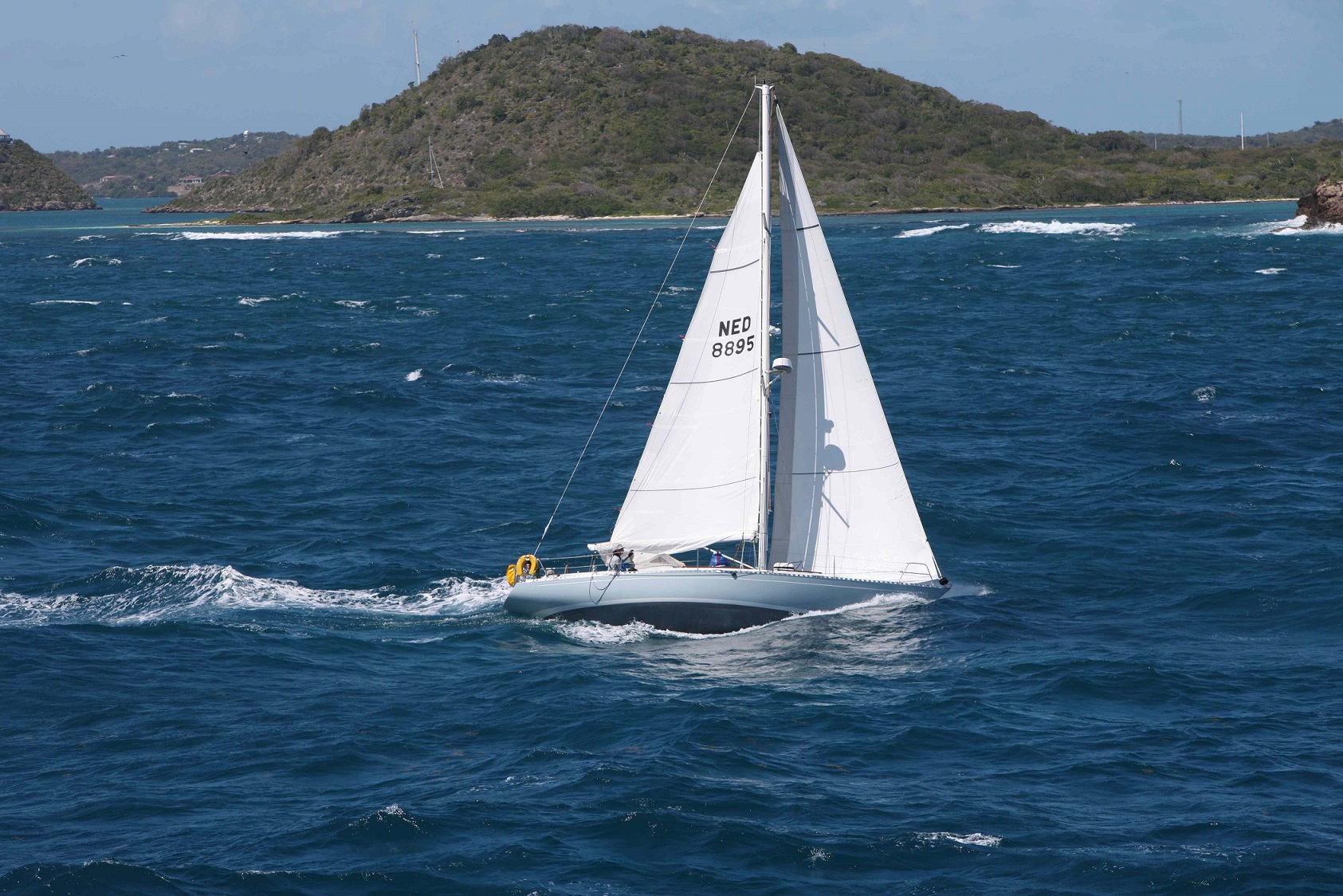 Several teams have elected to add the challenge by racing Two Handed, including Richard Palmer’s British JPK 10.10 Jangada, overall winner of the 2019 RORC Transatlantic Race. Dutch brothers Johannes and Jankorf Gerssen return with Ohlson 35 Cabbyl Vane after retiring from last year’s race, and Jeremi Jablonski will be back competing on his American Hanse 430 with Marek Mirota. “I’m super excited about doing another RORC Caribbean 600,” says Jablonski. “The islands and scenery are amazing, but it is not a sunset cruise and many people underestimate this race - to sail it on a smaller boat is truly an endurance test. We may be sailing two days longer than the overall winner and we’ll need to sail smart, protect the boat and pace ourselves to preserve energy till the finish.”

Peter Hopps, skipper of British Sigma 38 Sam is one of the most experienced sailors in the race having competed in 10 previous editions. From North Wales, Richard Stain will be making his debut, racing his home-built Sovereign 400 Laura designed by Rob Humphreys. “I bought the hull and deck mouldings and spent 6 years building her at my home,” explains Stain. “Our goals are to finish in the top third on handicap and in time for the party!” Laura’s crew are new to the race but are extremely adventurous. Mike Curtis and Richard Stain are regulars on the Scottish Island Peaks race, Eric Zon and James Mansell have done several double handed races, AZAB and a Round Britain and Ireland race. Bernie Atkins races all season in Australia, including the Melbourne to Vanuatu. 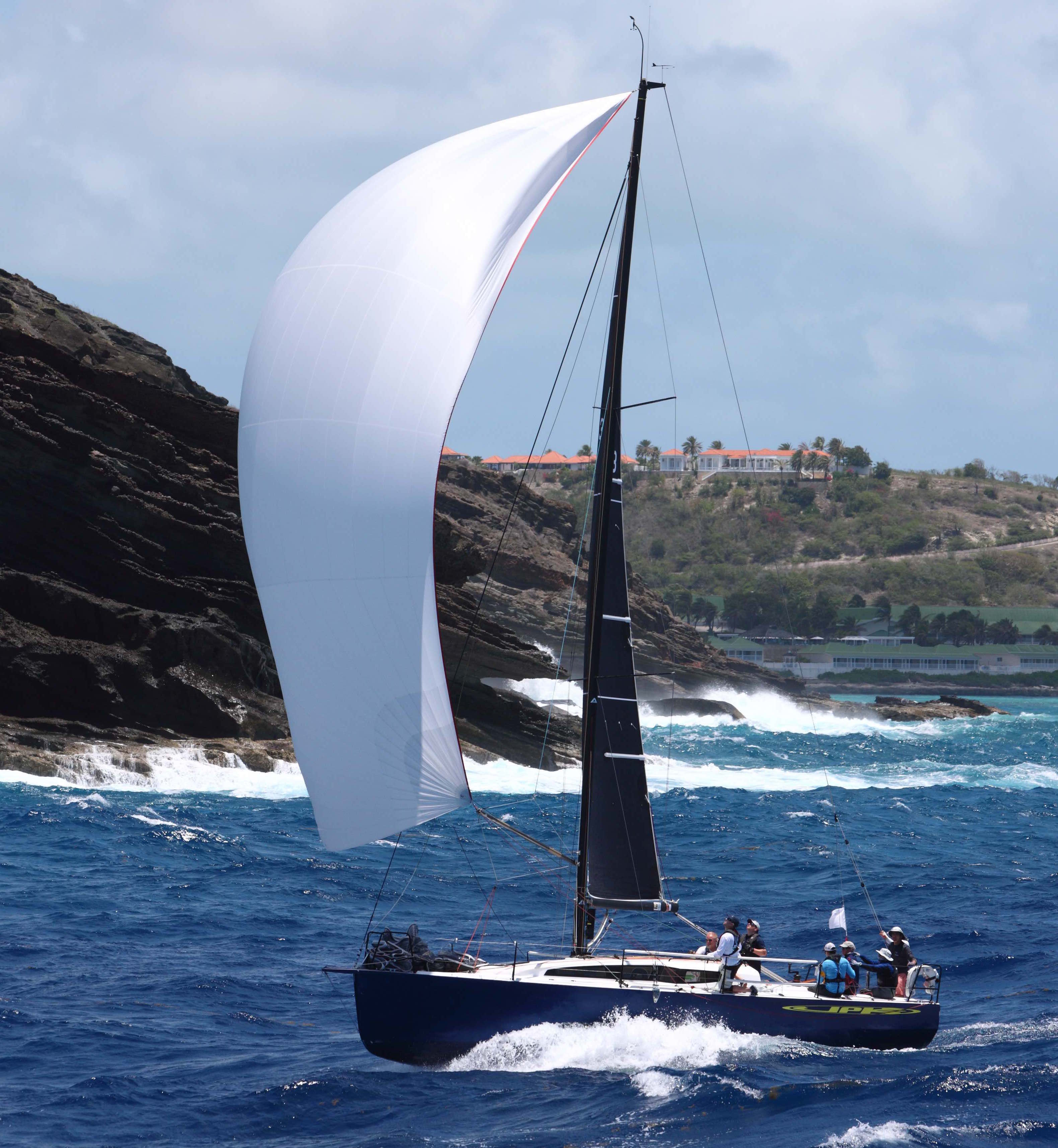