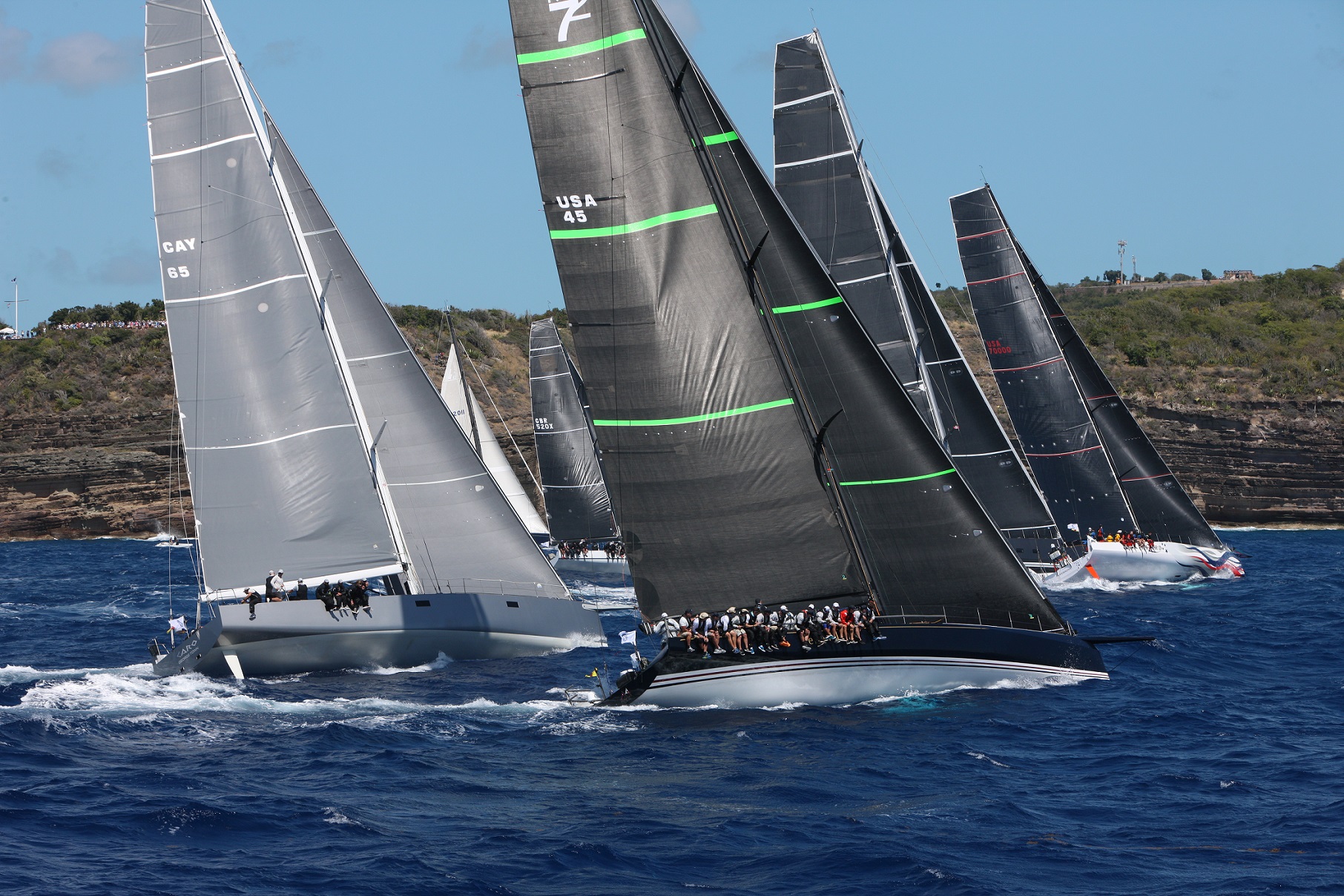 Blast Off for the RORC Caribbean 600

The 2019 RORC Caribbean 600 kicked off in spectacular conditions off the south coast of Antigua with the magnificent fleet starting the 600 mile non-stop offshore race in bright sunshine, full-on gusting tradewinds and two-metre high waves.

The 11th edition of the race featured 76 starting yachts from 20 different countries. The Caribbean Classic made headline news before the start; MOD 70 Argo flipped during practice on Friday, but miraculously made the start line just three days later. The majority of the fleet are racing under IRC for the overall win and the RORC Caribbean 600 Trophy, plus a record Class40 Division and one of the finest multihull fleets ever assembled for the race. Early in the race for the overall win, Volvo 70 Wizard, TP52 Tala, and Botin 65 Caro are estimated to be the top three after IRC time correction. Bella Mente was the shock early retirement.

In IRC Zero, Volvo 70 Wizard owned by David and Peter Askew (USA) got a great start and powered up the beat to be the first in class to Green Island. Fully launched downwind in a show of immense power, Wizard pulled out a substantial lead on superyacht JV115 Nikata. Wizard was caught on the YB Tracker speed camera doing well over 20 knots on a screaming reach. Hap Fauth's Maxi72 Bella Mente (USA) was a shock early retirement, pulling up just after passing Willoughby Bay to return to Antigua. In the big sea state, the new design showed phenomenal speed, but the pounding proved too much, and having shipped a ton or more of water down below, turned for home. All of the Bella Mente crew are safe and well.

Showing enormous respect for their opposition, Giovanni Soldini's Maserati Multi70 (ITA) agreed to a delay to the race by just two hours to allow Jason Carroll's Argo (USA) just enough time to finish repairs to their MOD 70. The match race kicked off two hours after the rest of the fleet. At the start, Argo got away well, but Maserati was soon snapping at their rivals, playing the bays along the coast of Antigua. Snarling into an epic duel with the gloves full off. At Green Island, Maserati hit the after-burners, aided by their fully-foiling set up, screeching away at over 30 knots of boat speed. Maserati made Barbuda in 107 minutes, averaging an astonishing 26 knots. 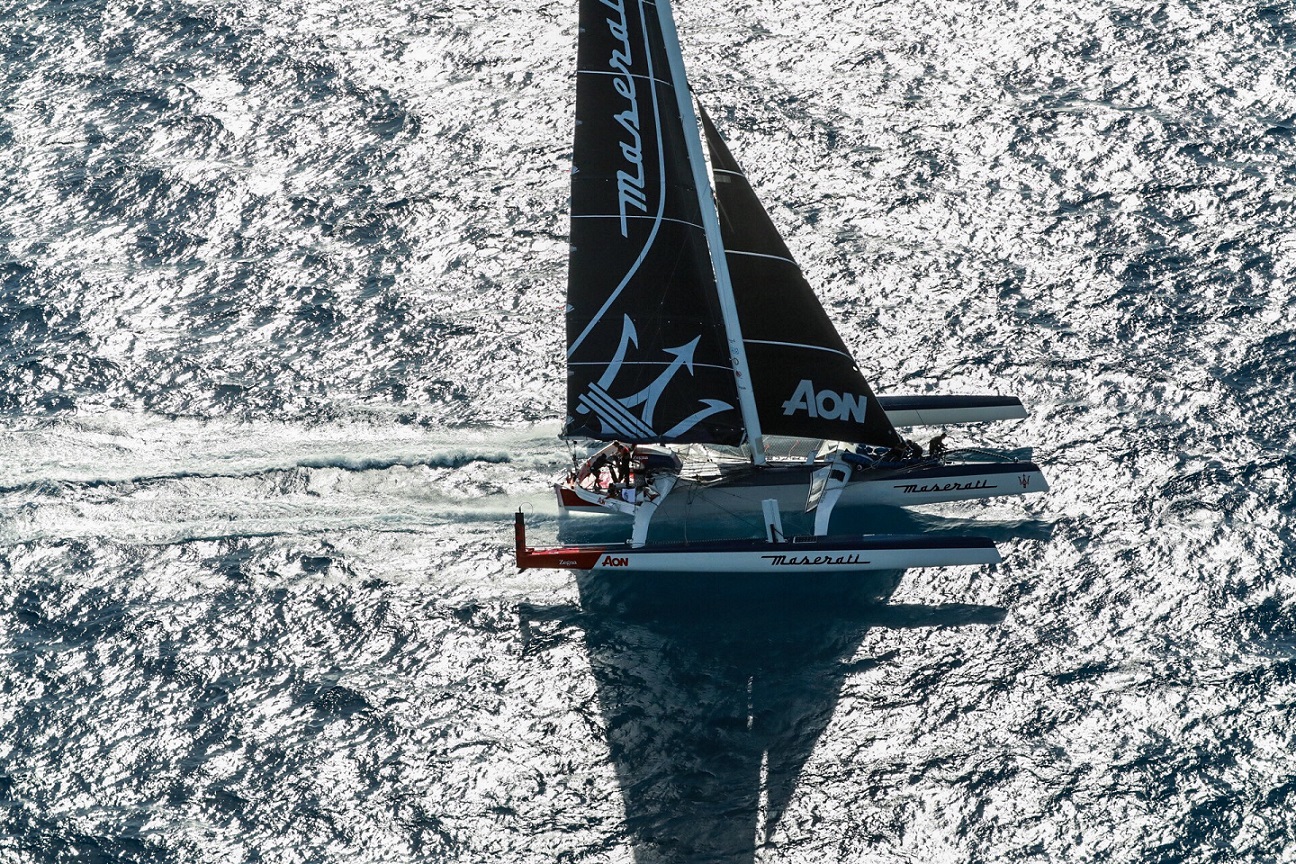 The Multihull Class racing under the MOCRA Rule got away well with the two Gunboats, Chim Chim, owned by John Gallagher (USA), and Arethusa owned by Phil Lotz (USA)  hitting the line with pace. Beiker 53 Fujin, owned by Greg Slyngstad (USA) showed the fleet the way and at Green Island, Fujin was substantially ahead, unfurling downwind sails to blast towards Barbuda at over 20 knots of boat speed. Falcon skippered by Shannon Falcone (ANT) was in the mix at Green Island, having overhauled the two Gunboats on the water.

In the ten-strong Class40 Division, four French teams dominated the start. Catherine Pourre's Eärendil and Halvard Mabire's Campagne de France, skippered by Miranda Merron started on port. Smashing to windward in a ball of spray, Eärendil nearly cleared the fleet on port but had to bear away as Luke Berry's Lamotte - Module Création's red-hot hull headed them off. Berry and his team made a cracking start and was ahead of the two port flyers at Green Island. The chasing peloton includes Aymeric Chappellier's Aïna Enfance Et Avenir. 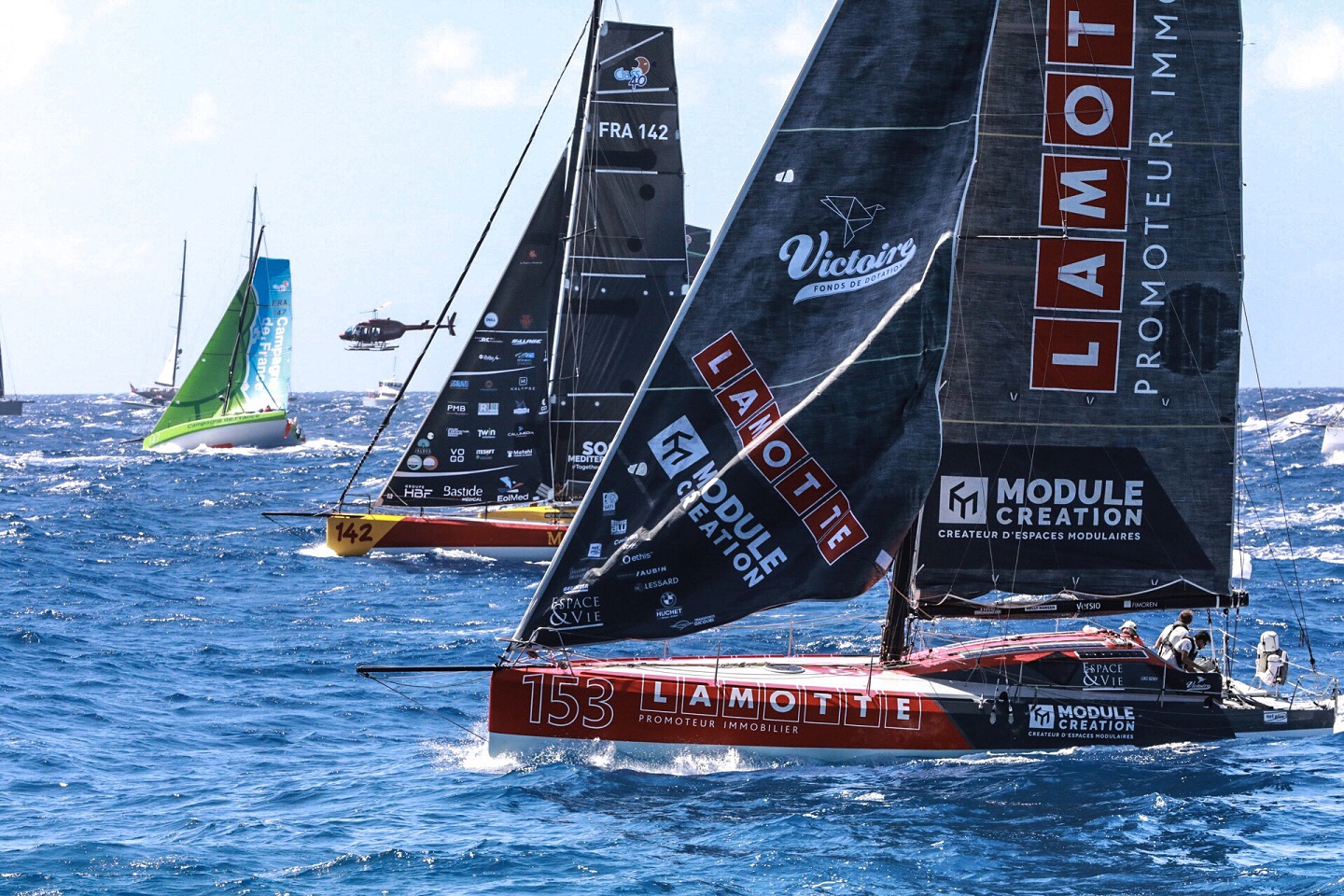 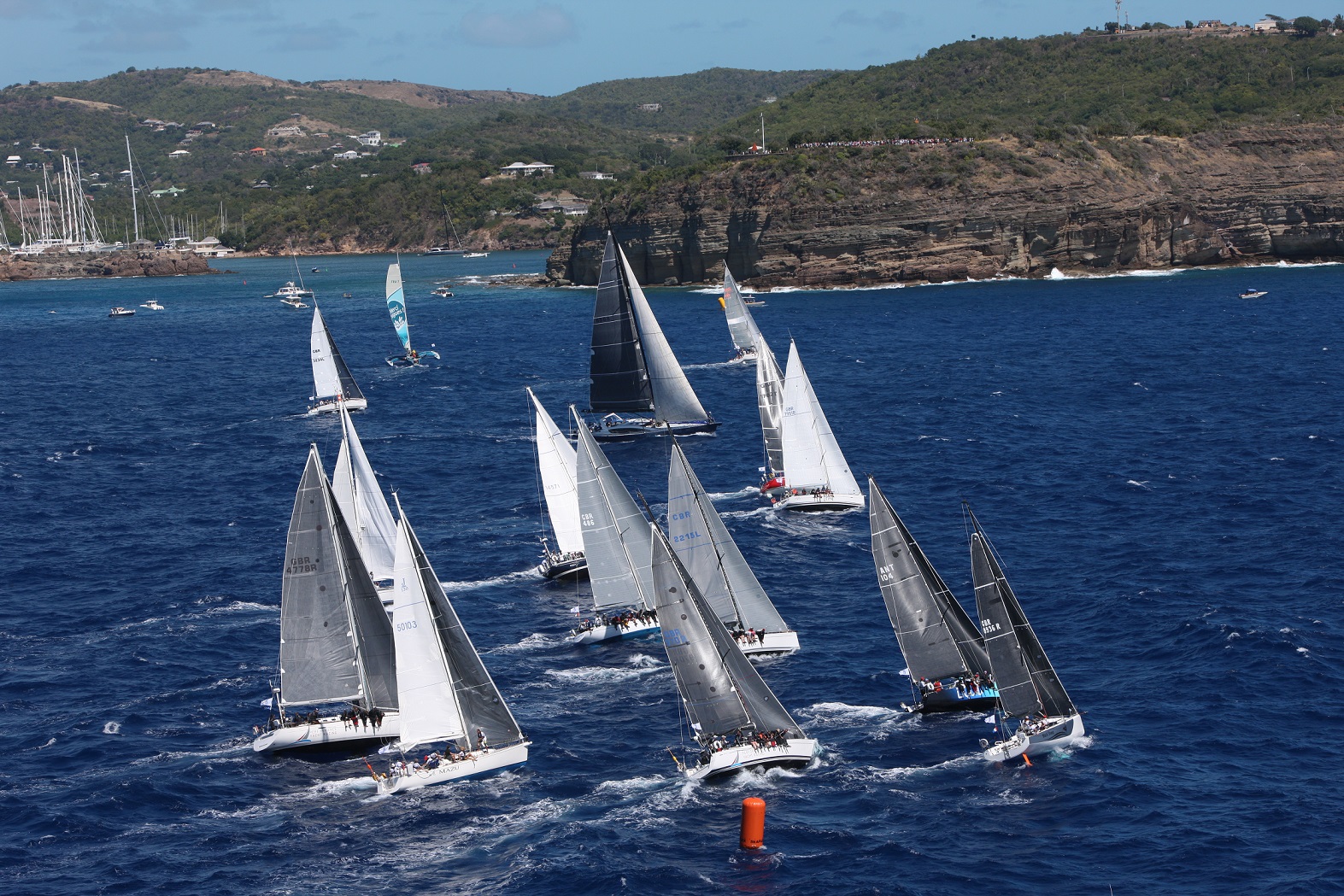 “The RORC Race Team realise the great importance of professional race management and it was fantastic to see all of the fleet get away to a clean start,” commented RORC Racing Manager Chris Stone. “Up at Fort Charlotte the line was set for a 090 wind direction, and although we saw a shift during the sequence of about 10 degrees, the team did a good job, providing a good line with fair starts. The breeze was a little up on forecast with about 18-22 knots of wind. We will be tracking the fleet 24-7 via the YB Tracker and wish them all a safe and memorable race.”