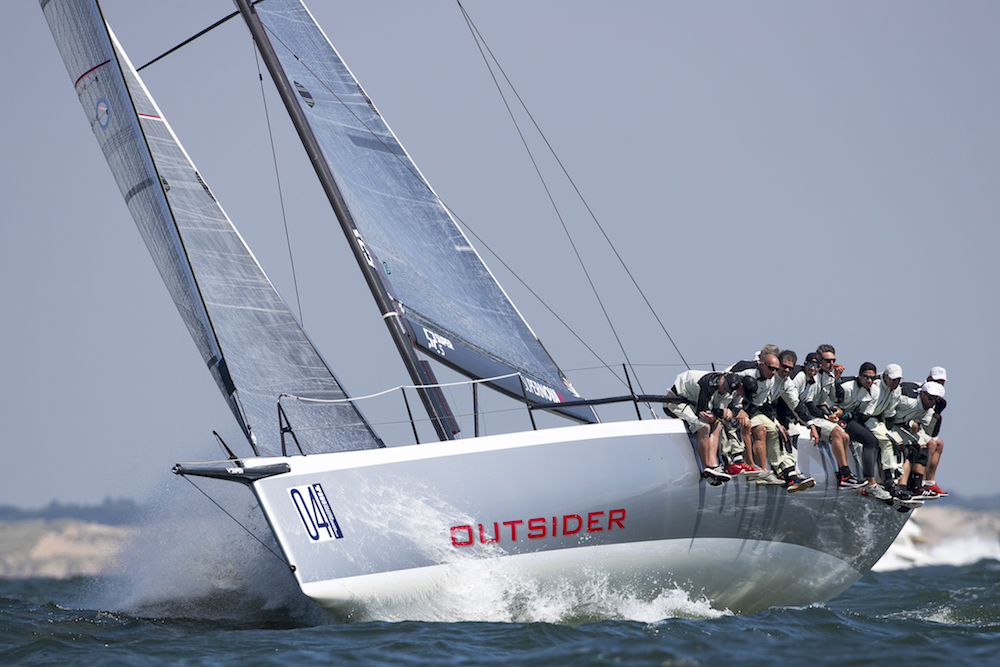 Getting Ready for the RORC Caribbean 600

With less than two weeks until the start of the 12th edition of the RORC Caribbean 600, boats and crew are beginning to arrive in Antigua. The marinas in Falmouth and English Harbour are starting to buzz with activity as sailors from all over the world arrive to prepare their yachts for the 600-mile race around 11 Caribbean islands. Around 70 teams will be taking part with well over 700 sailors competing.

One of the largest yachts on the entry list, Jeroen Van Dooren's Swan 95 Lot99 (NED), has arrived in Antigua. "6076nm from Cape Town to Antigua, filled with sunshine, plenty of rain, flying fish and lots of biscuits! Happy to be back on island time," commented crew member, Penny Chapman. "We sailed from Cape Town to St. Helena, stopping only for supplies, then crossed the Atlantic to Fernando de Noronha, off Brazil. The crew saw an amazing display of spinner dolphins before we set off north. We were blessed with fast-reaching conditions up to Antigua - Lot99 was in her element," continued Lot99 Boat Captain, Dan Newman. 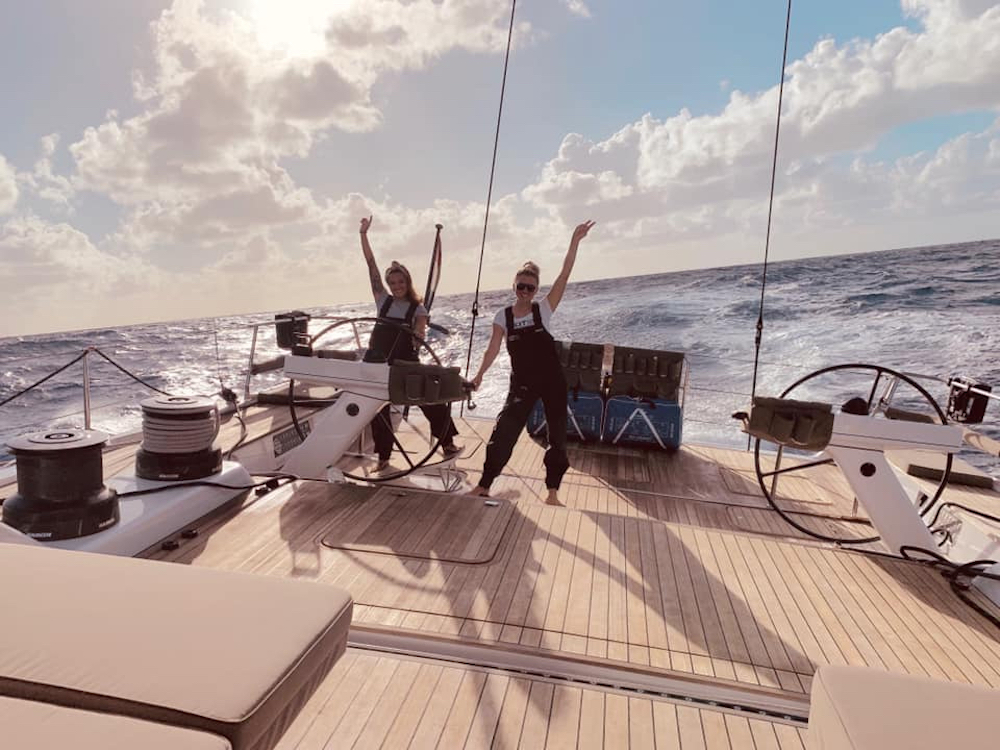 Three Cookson 50s will be competing in this year's race, but they are far from identical. Zoe Taylor and Chris Way will be racing Grace O'Malley (AUS), named after the 16th century pirate queen of Ireland. Zoe Taylor hails from Australia and has competed in three editions of the Rolex Sydney Hobart. Grace O'Malley was formerly called Lee Overlay Partners; overall winner of the 2009 RORC Caribbean 600. Ron O'Hanley's Privateer (USA) has the tallest rig of the three and an extended bow sprit. Privateer won the race overall in 2013 and was second in 2018.

Joseph Mele's Triple Lindy (USA) also has an extended bowsprit and now has a fixed keel which can extend to 3.8 meters. "We just have to get the right conditions to suit our set up," explained Brad Kellett, Boat Captain for Triple Lindy. "We don't have the same form-stability as the two canting keel boats, but we do have the lowest rating under IRC. If we can perform to our rating, we should do well." 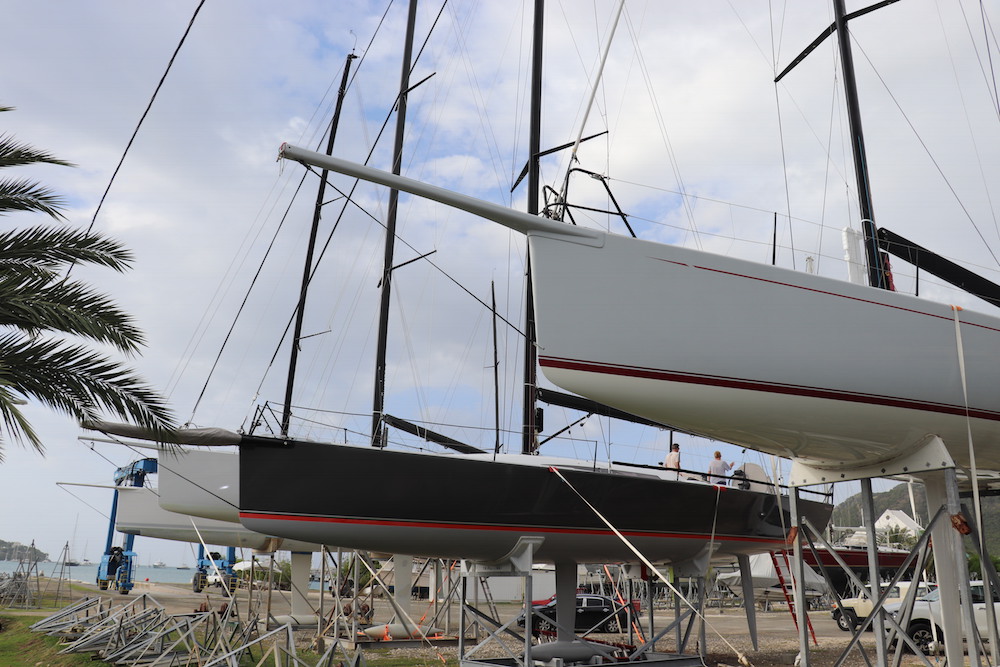 One of several hi-tech yachts in this year's race is Tilmar Hansen's TP52 Outsider (GER). The Judel/Vrolik design as Platoon won the 2017 Rolex TP52 World Championship, and as Outsider was fourth overall in the 2019 Rolex Fastnet Race. Australian Lindsay Stead has recently joined the team and is in Antigua helping prepare Outsider for the race. "After the Fastnet it was decided to work on the bunks below and also to improve waterproofing in general," commented Stead. "Outsider will have 15 crew for the race, as that is what she was designed for in terms of righting moment. We have two manual pedestal grinders, and especially for the long reach down to Guadeloupe, we will be swapping out the crew. We are prepared for a wet ride and in terms of ideal wind conditions, if the breeze sits at around 16 knots, that will be ideal for Outsider." 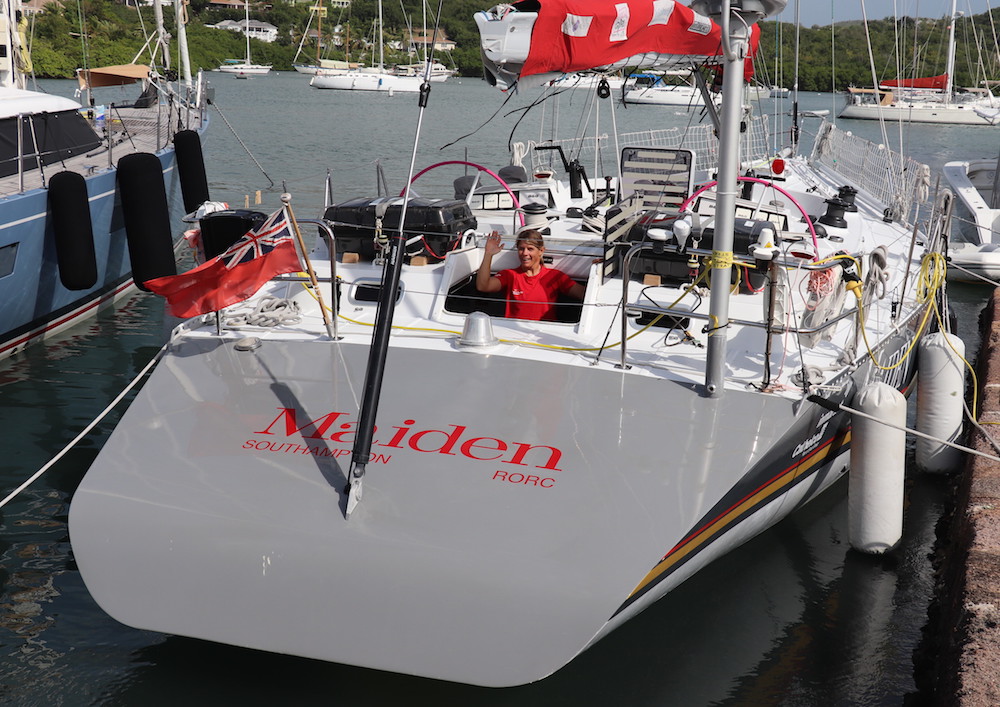 The Farr 58 Maiden (GBR), skippered by Tracy Edwards, was runner-up in the 1989-90 Whitbread Round the World Race. Maiden has been beautifully restored and will be skippered by Liz Wardley, who has competed in three editions of the Volvo Ocean Race. For the RORC Caribbean 600, Maiden will have race crew and also guests who are making donations to the Maiden Factor Foundation, which seeks to advance the education of girls up to 18 years old, all over the world. The film Maiden (2019) was shortlisted for the Oscars this year and will get a special screening in Antigua prior to the race.

"Tracy wanted to keep Maiden as original as possible," commented Wardley. "The deck layout is much as it was in 1989 but the equipment is modern. The rig is a little shorter, but we will be running symmetrical spinnakers as Maiden did over 30 years ago. Personally, I got a nice surprise when we arrived in Antigua when we tied up very close to a competitor, Esprit de Corps III. The boat was originally Amer Sports One in the 2001-02 Volvo Ocean Race and I was crew on the sistership Amer Sports Too!" 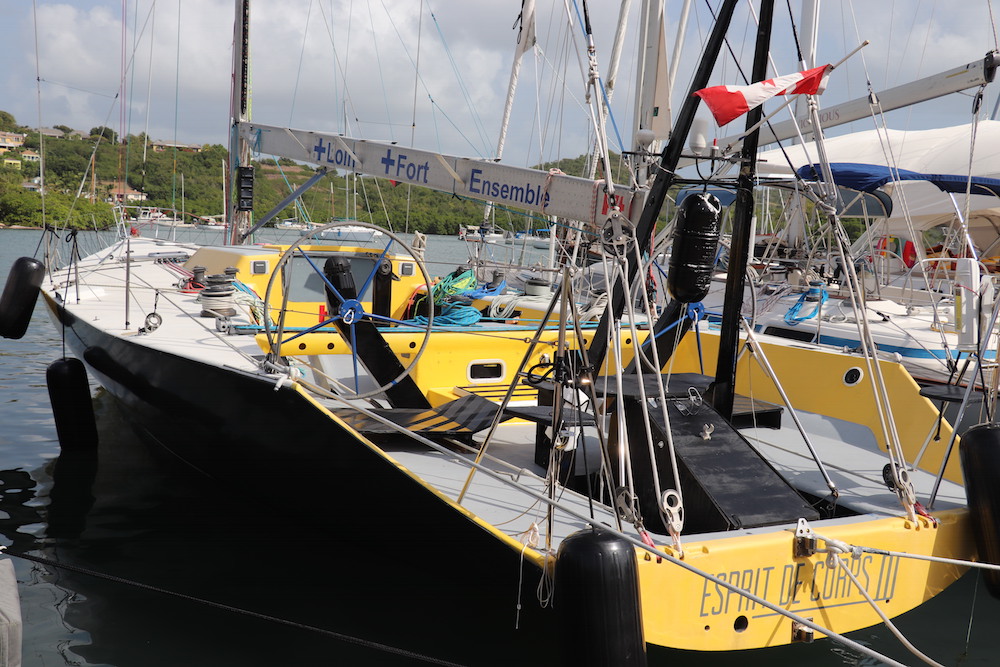 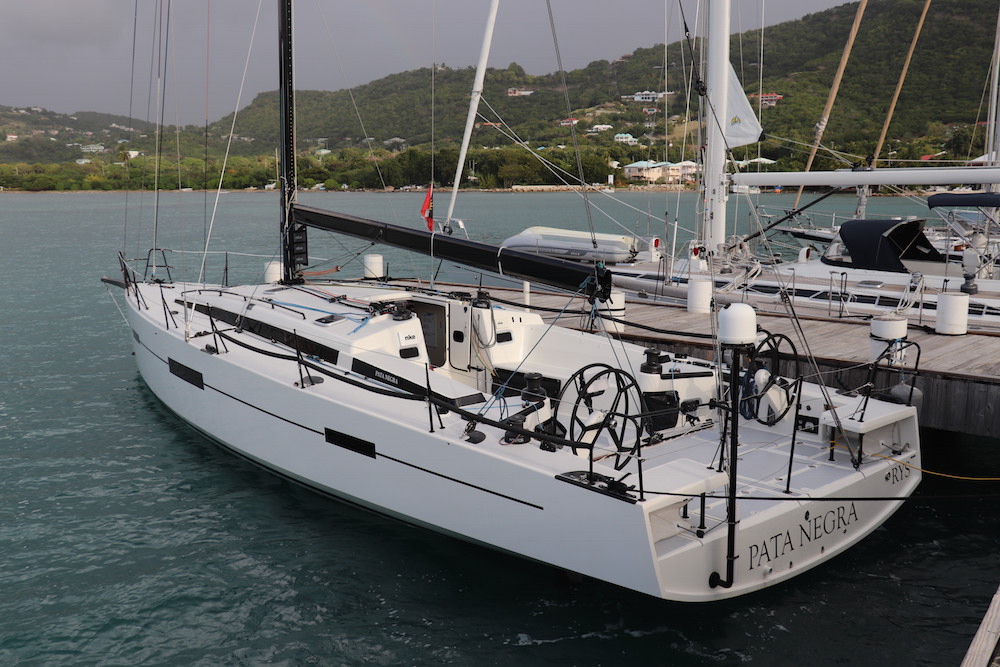 Giles Redpath's Lombard 46 Pata Negra (GBR) sailed to Antigua after the 2019 RORC Transatlantic Race. Boat Captain Andy Lis has been busy preparing the boat for the team's arrival. Amongst Redpath's crew for the race will be past RORC Commodore Michael Boyd, Figaro sailors Sam Matson and Will Harris, and the current J/70 Corinthian World Champion helm, Marshall King.

Yuri Fadeev's First 40 Optimus Prime (RUS) will be skippered by Dimitry Kondratyev. The all-Russian team have been competing at Grenada Sailing Week before sailing to Antigua. "The crew come from all over Russia; Moscow, St. Petersburg, and Siberia," commented Kondratyev. "It is great to be back in Antigua, we are all really looking forward to the race. We have only eight on board, which is a bit light, especially if it is as windy as last year." 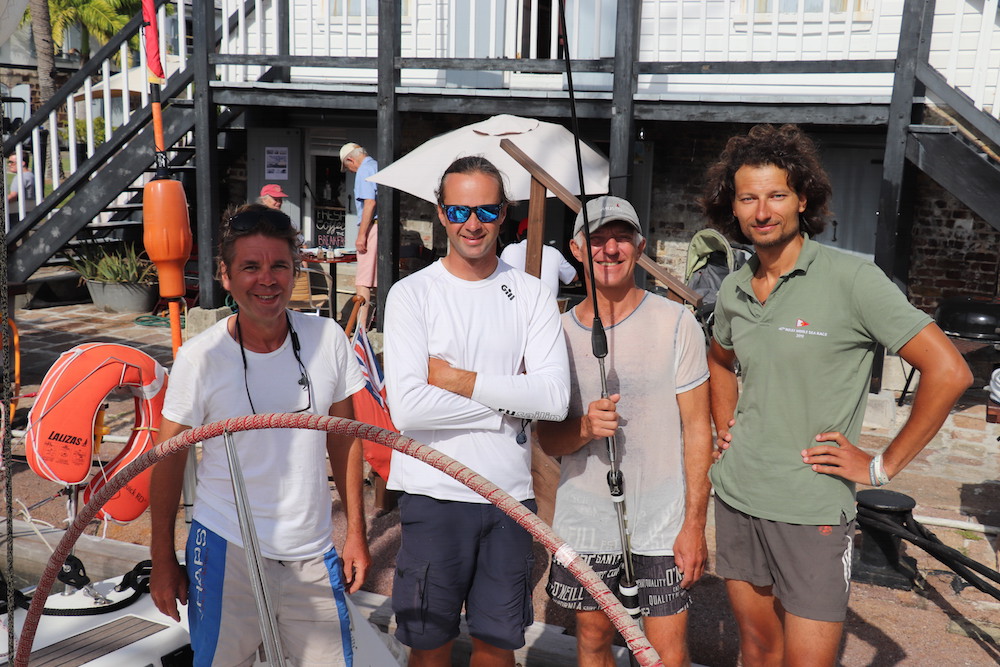 The 2020 RORC Caribbean 600 is scheduled to start on 24th February 1100 local time (1500 UTC). All yachts will be fitted with YB Trackers for race fans to follow the fleet. The start will be broadcast live on the RORC Facebook page. Keep up to date with all the news, live blog, pictures and videos at: http://caribbean600.rorc.org/