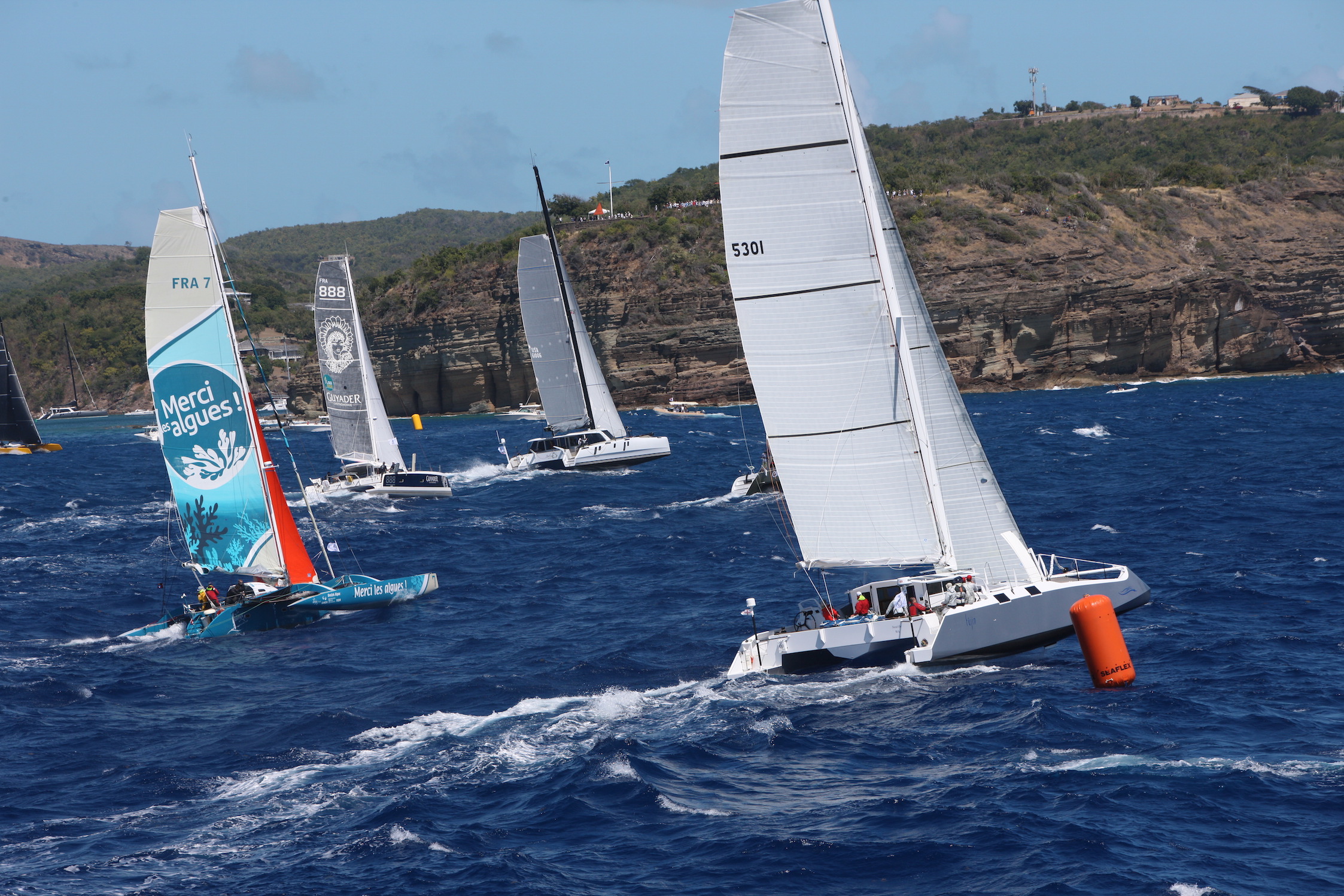 A highly competitive multihull fleet is expected for the 12th edition of the RORC Caribbean 600 in Antigua and to date includes three 70ft carbon flyers © RORC/Tim Wright/Photoaction.com

The 600-mile course around 11 islands twists and turns with virtually no down time on any leg. Factor in the Caribbean conditions, ocean swell, tropical temperatures, and stunning vistas, and the RORC Caribbean 600 is hard to resist - it's the Monaco for offshore racing multihulls.

Last year, the multihull battle made headline news even before the race. Forty eight hours before the start, MOD70 Argo capsized in training. Argo miraculously made the start line and 30 hours of explosive action followed. Multi70 Maserati took line honours just 7 minutes ahead of Argo and set a new race record of 30 hours and 49 minutes. Giovanni Soldini's Maserati, Peter Cunningham's PowerPlay and Jason Carroll's Argo are set for a showdown in the 2020 RORC Caribbean 600 starting on Monday 24th February. 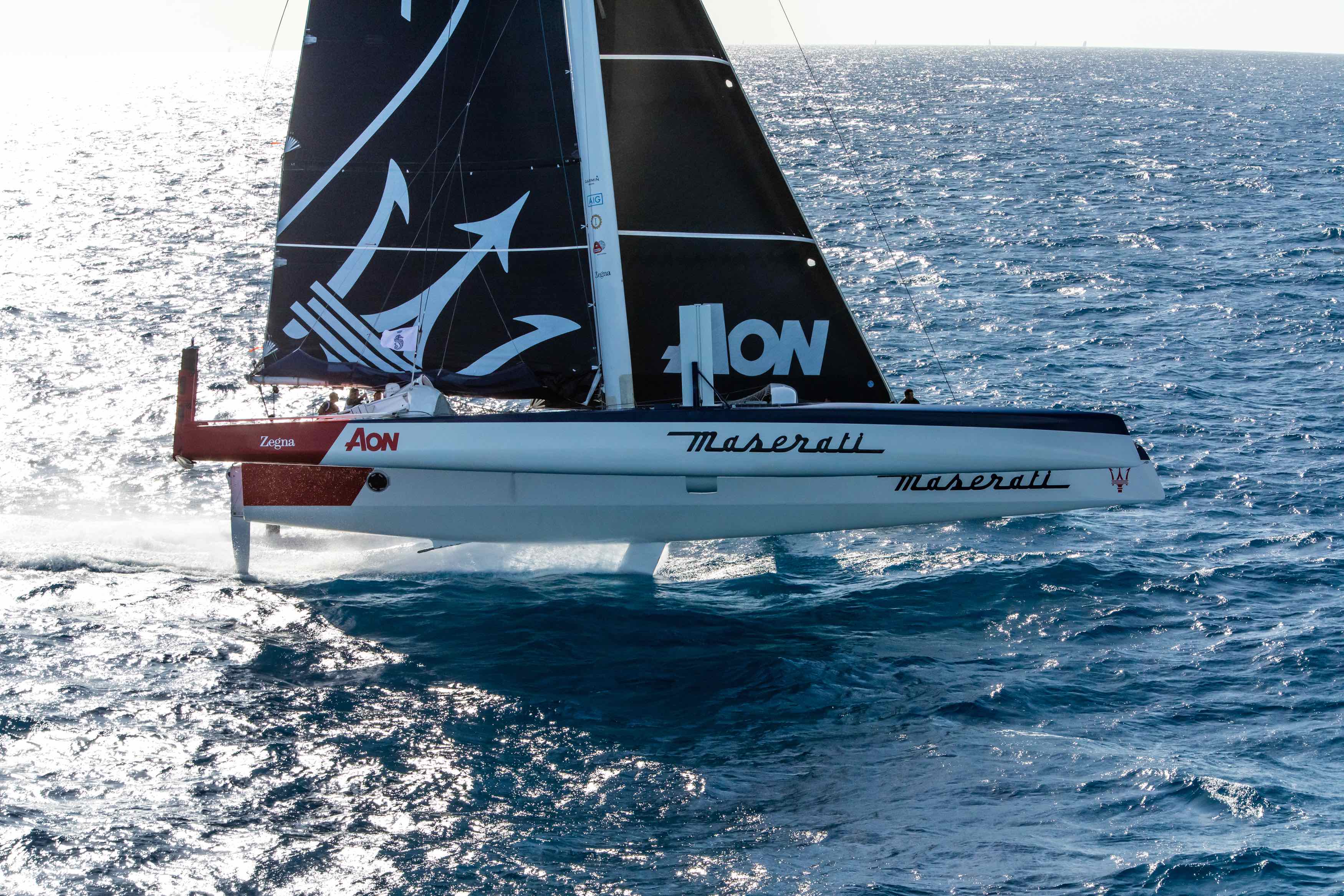 "We will leave Hawaii about the 25th September, sail to Hong Kong for the race to Vietnam and then we will go to Cape Town to race to Rio, and after that we will come to the Caribbean. It is a long trip - the Pacific, Indian Ocean and Atlantic Ocean, about 20,000 miles," confirmed Giovanni Soldini. "It will be great to have all three boats racing in the '600; the level of the teams is very high, Maserati won the '600, Argo won the Transpac and PowerPlay won the race from San Francisco to Los Angeles. Nobody knows who will win when we come together, it's really a lot of fun and with three boats the racing is more complex," concludes Soldini. 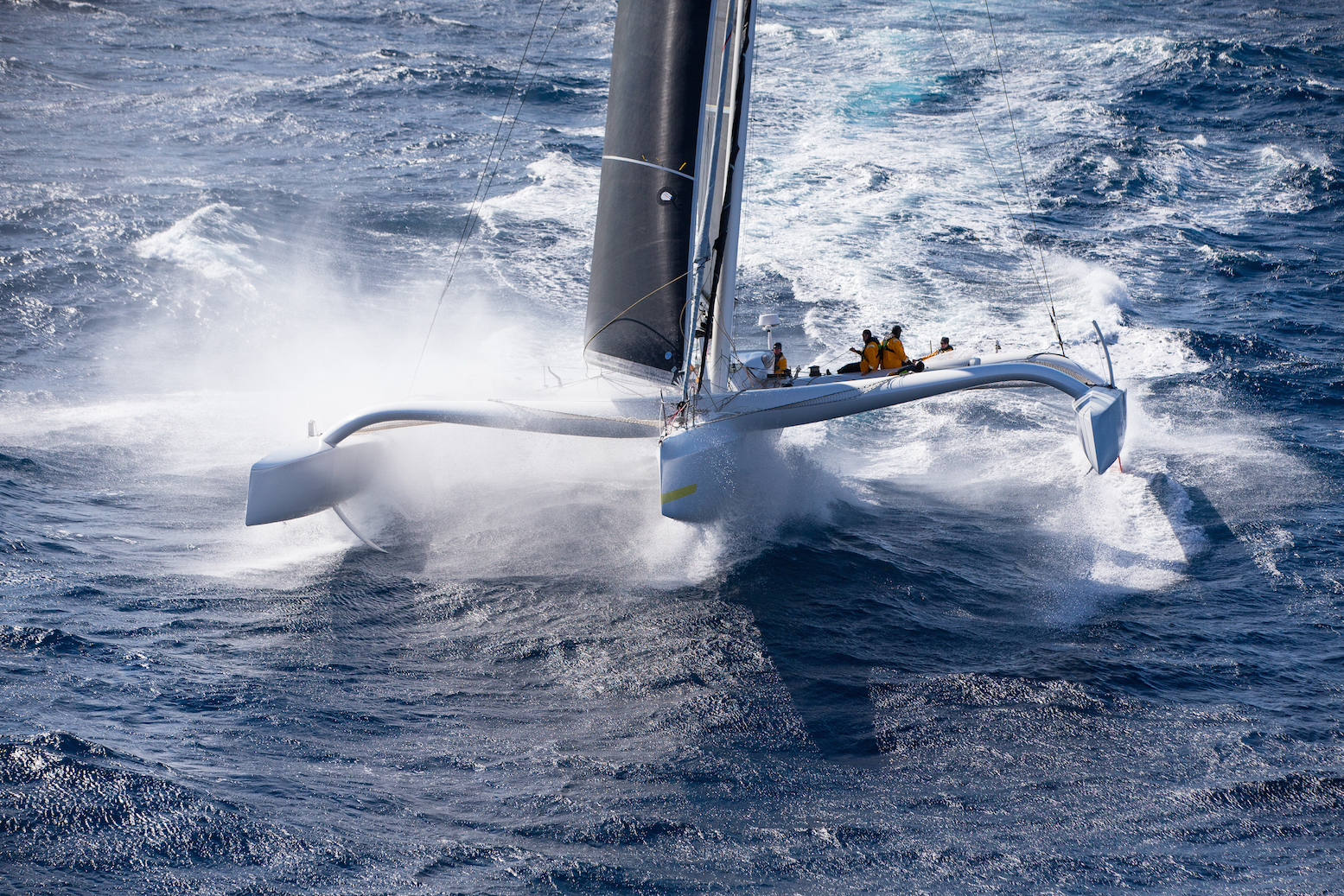 Jason Carroll's MOD70 Argo capsized whilst training in the 2019 race, but still made it to the start. The team will join the race once again in February 2020 © Sharon Green/Ultimate Sailing

We have continued to modify Argo, especially the foils," reports Argo Program Manager Chad Corning. "There has been so much development in foils for multihulls over the last few years. We are adding T-rudders and new float foils this autumn. Argo will not be fully-foiling but will 'skim' more effectively and pitch less. That's the theory, now we have to test it on the water. We are delighted to hear that PowerPlay and Maserati will be in Antigua, it should be a great race." 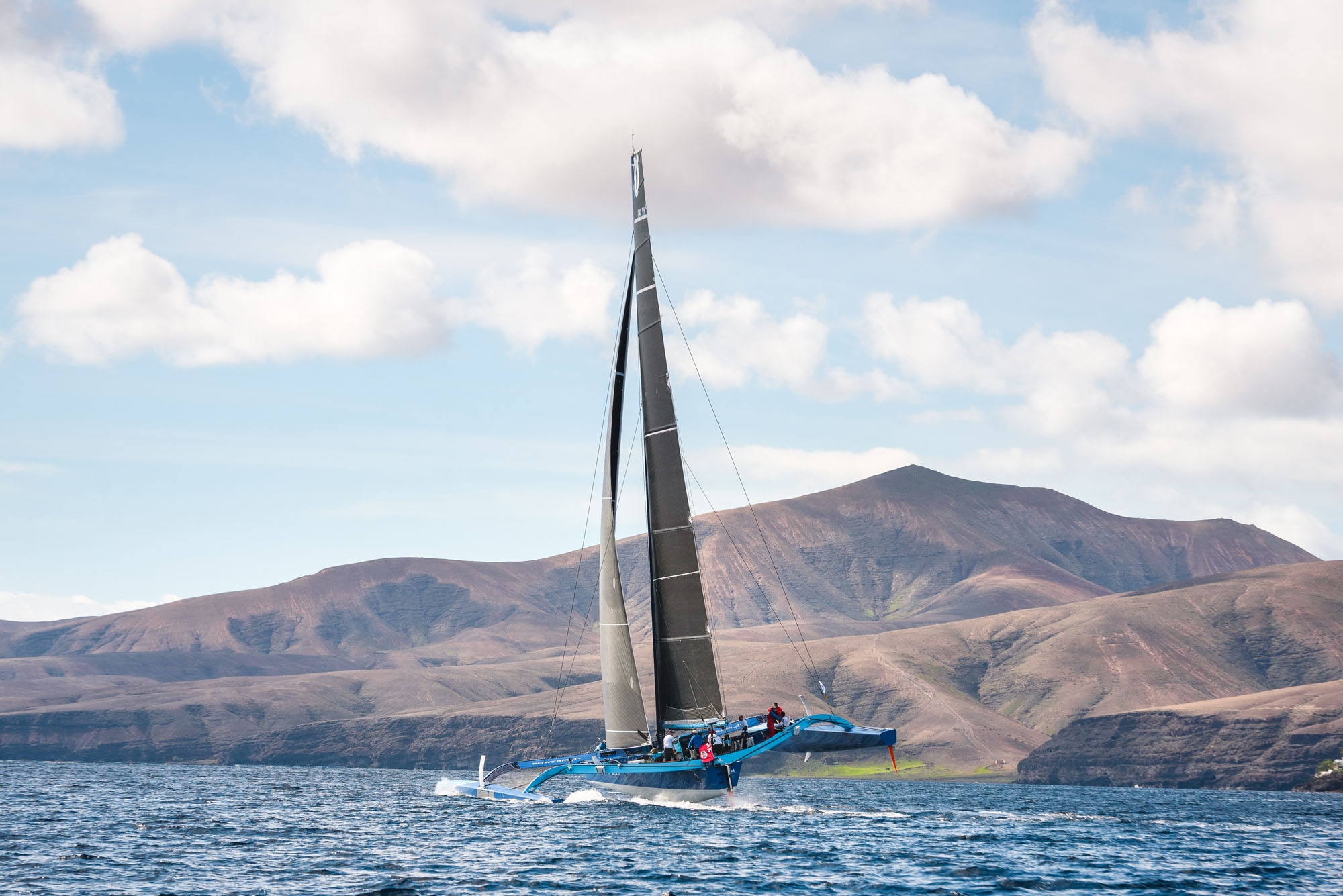 "I have done the RORC Caribbean 600 in several monohulls but the appeal in racing the MOD70 PowerPlay is that I always thought it would be nice to finish first," smiled Peter Cunningham. "It's a fast race on PowerPlay but because the legs are quite short you need a couple of extra crew for those manoeuvres. It's great to see the islands, it is exceptionally warm for February racing in the Caribbean and we have good competition. Speeding along at 25,30 even 40 knots is a real thrill. Maserati is fully foiling and we have updated our foils but not gone for T-Foils. Although the boats are not exactly the same, it ends up with very even racing - it's been nip and tuck between us and I am really looking forward to the battle." 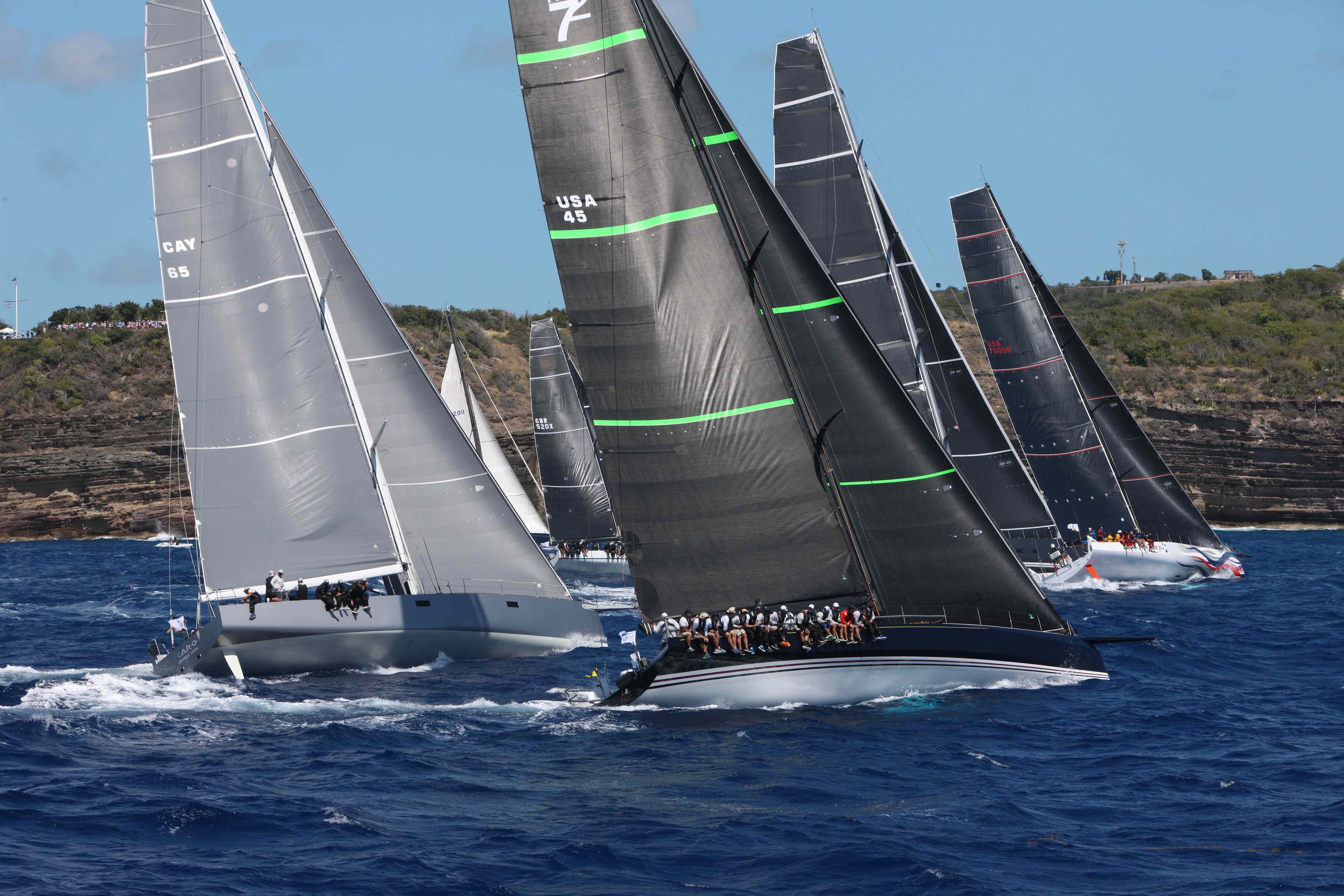 American Volvo 70 Wizard led the impressive IRC Zero fleet after the start of the 2019 race in Antigua and went on to win overall © RORC/Tim Wright/Photoaction.com

Such is the appeal of the RORC Caribbean 600 that a record number of boats are expected to be on the Fort Charlotte start line in Antigua on 24th February 2020. To date, over 20 boats from around the world have secured their place, doubling entries in previous years by this date, in order to confirm their participation in the 12th edition of this epic race.

For more information including the Notice of Race and online entry go to: www.caribbean600.rorc.org or contact the RORC Race Team on: This email address is being protected from spambots. You need JavaScript enabled to view it. or talk to a member of the Race Team on: +44 (0)1983 295 144.