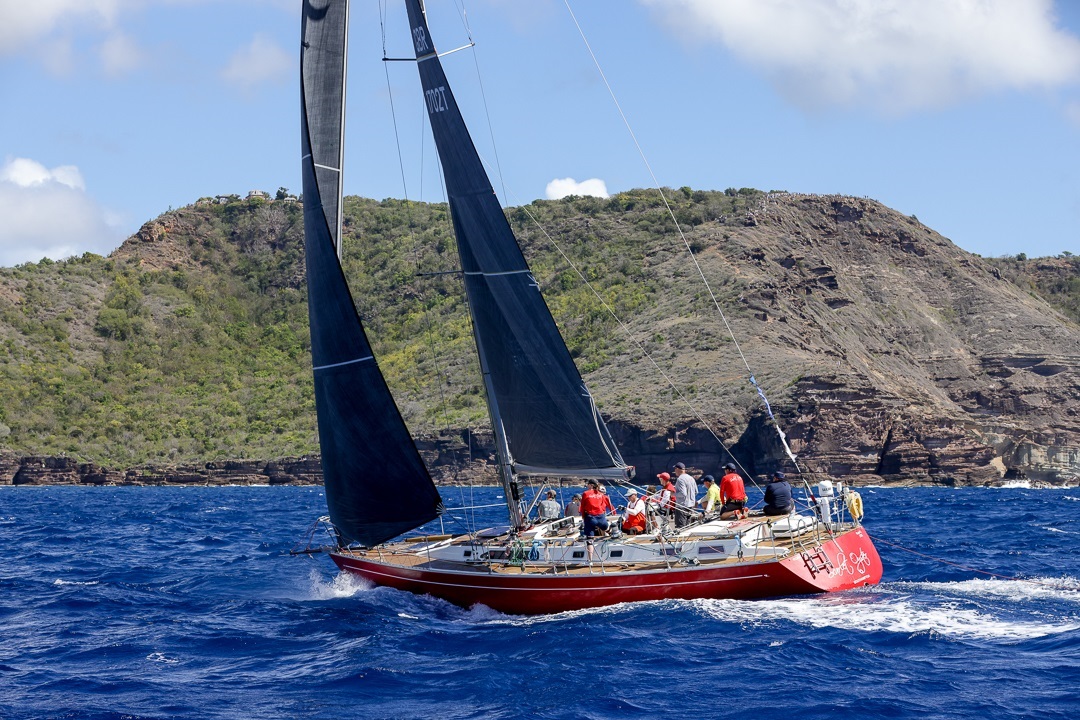 Ross Applebey’s victory in IRC Two was his eighth class win in the RORC Caribbean 600 and the seventh for Scarlet Oyster (GBR). 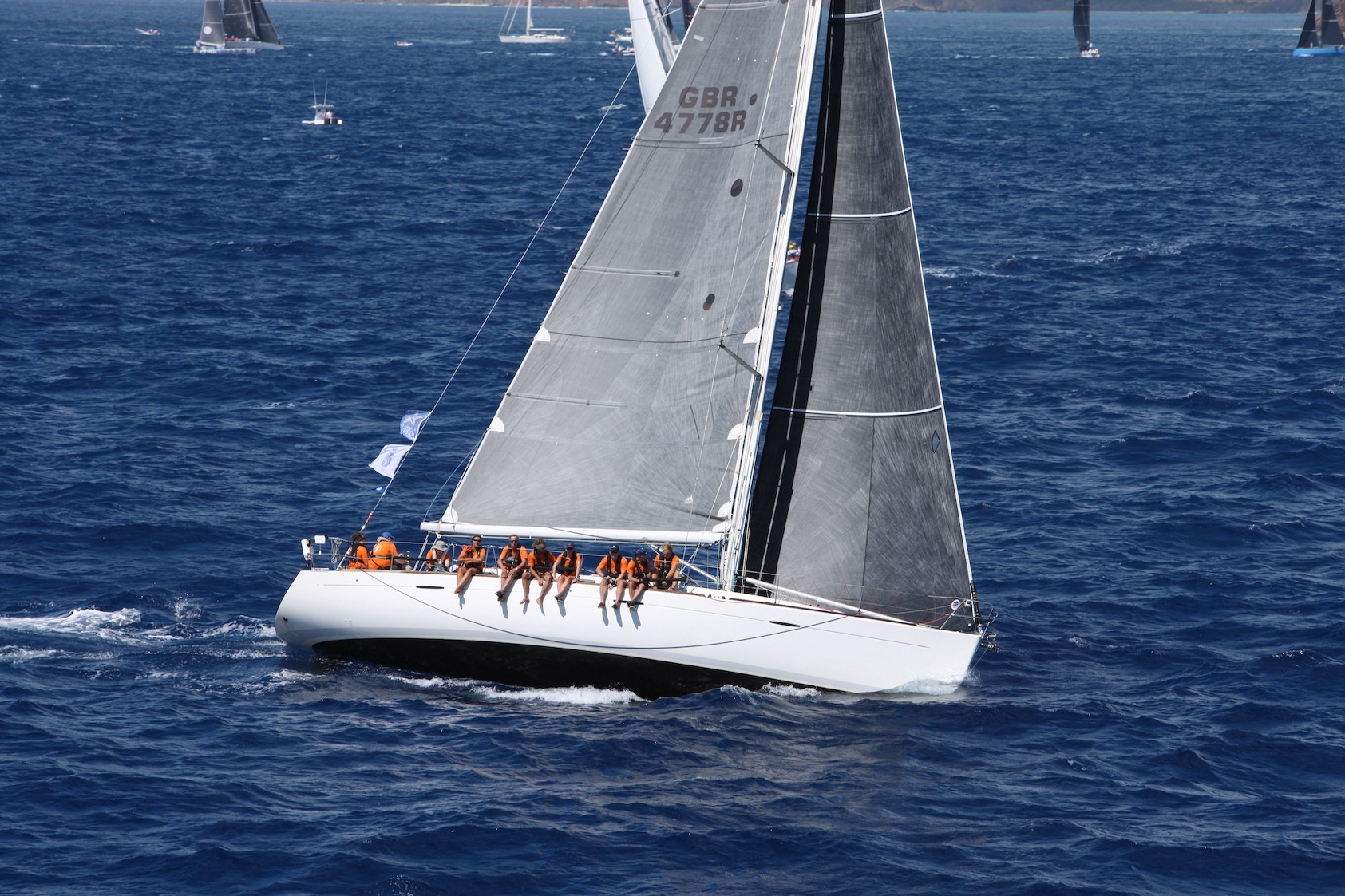 Andy Middleton’s First 47.7 EH01 (GBR) is currently ranked in second place having finished 50 minutes after Scarlet Oyster. Christopher Daniel’s J/122 Juno (GBR) has also finished and is ranked third in class, just over 20 minutes ahead of their sistership, Pamala Baldwin’s J/122 Liquid (ANT). Also in the hunt for a podium finish is Sigma 38 Sam (GBR) owned by Serena Alexander/Hilary Cook/Peter Hopps. Richard Palmer’s JPK 1010 Jangada is also still in with a chance of the IRC Two podium, but Richard, racing with Jeremy Waitt is assured of retaining their IRC Two Handed crown.

“Every race I have done has been different,” commented Scarlet Oyster’s Ross Applebey. 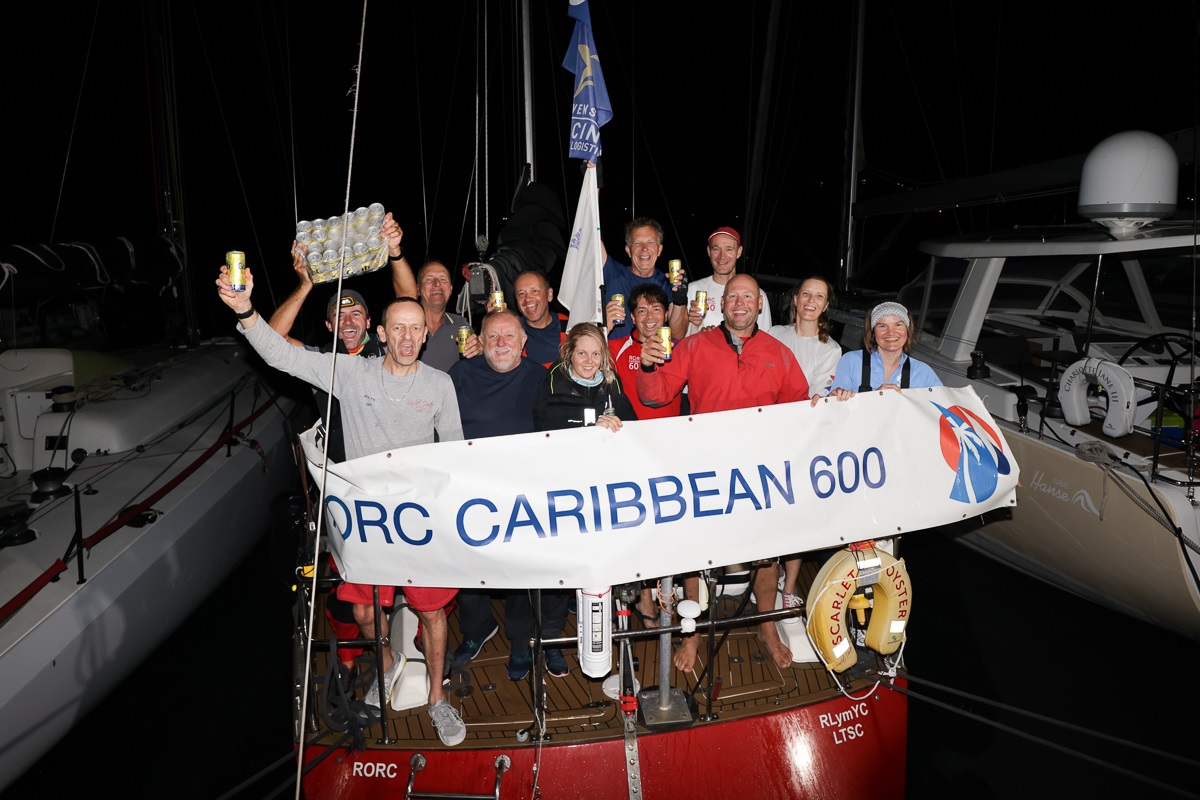 “We kind of felt in control of the race as we got off to a good start and ahead of the competition, most of which owed us time (under IRC). We were able to keep ourselves between them and the next mark and boat speed was good. The Scarlet Oyster crew work hard and there is very little I can look back on and say we could have done any better, which is unusual for a race this long. I think this race stands out as the cleanest race for this team. All you can do is sail the best you can as we have some really well sailed boats in the class. Andy Middleton has got EH01 going really well. Juno has been the Performance 40 champion in the UK, Liquid I know very well with Jules White as skipper, Richard and Jeremy (Jangada) are relentless, and now the young Antiguans on Caccia Alla Volpe (ANT) with their first race are a real threat. IRC Two is far from a soft class, it is tough, close competition.”