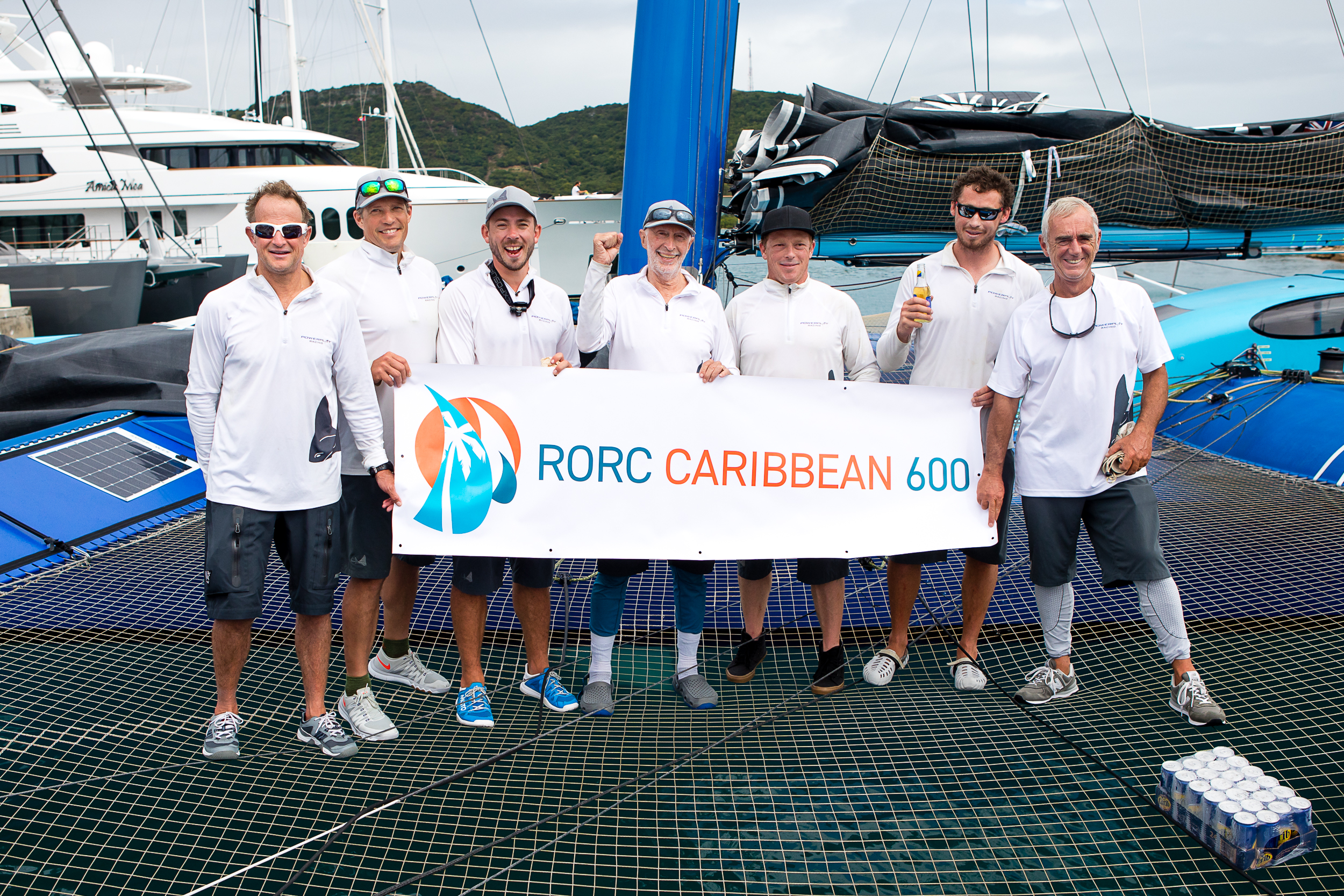 PowerPlay win with last throw of the dice

Giovanni Soldini’s Maserati Multi70 (ITA) was third. A nail-biting finish rounded off an epic light airs tactical battle between three of the world’s fastest ocean-going multihulls. During the  600-mile race, the lead changed at least seven times. Maserati fought tooth and nail, but their T-Foil rudders were more of a hindrance than an enhancement in the unusually light conditions. Despite the disadvantage, Maserati came back time and time again to challenge for the lead. PowerPlay and Argo had a full-on 46-hour match race from start to finish and it all came down to the final leg from Redonda to Antigua.

“I gave up counting the number of times the lead changed - I didn’t have enough fingers,” commented PowerPlay’s owner Peter Cunningham. “It was the most fantastic race. Absolutely unbelievable. The PowerPlay team is fantastic - the organisation and the number of sail changes we had to make all the way through, especially considering the soul-destroying flat spots. You know you come into the hole first and then end up third or fourth - it could change so easily. We had some tough times but nobody worried. We had a bit of a laugh when we had a virtual drink every now and again, plus a chocolate mint when we did well. Argo really were fantastic - right to the end, the boats were so evenly matched.” 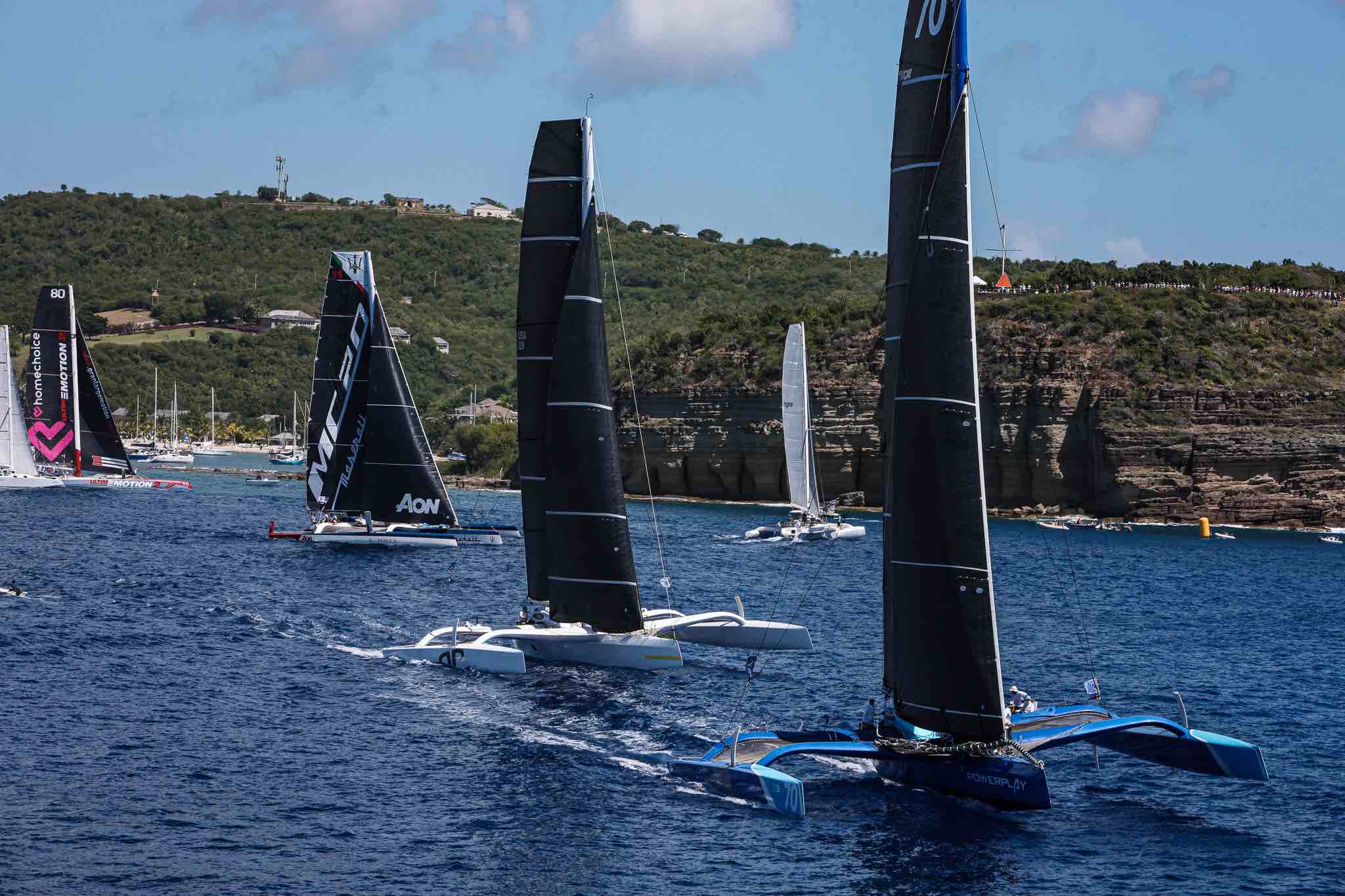 PowerPlay, Argo and Maserati at the start of the RORC Caribbean 600 from Antigua © Tim Wright/Photoaction.com

Jason Carroll’s Argo was second over the line for the second year running, despite a herculean effort from the team which included Franck Cammas (FRA) and Brian Thompson (GBR).

“We counted seven different lead changes between the three of us,” commented Jason Carroll once on the dock in Antigua. “Around Saba we were very close and at Guadeloupe we could have thrown stones at each other. There were a few waves, but no one said too much. This was a much different race to last year with a lot of time spent battling in light air. It was frustrating, but great fun to have the boats so close together. This race has a whole lot of reaching which is super exciting and a great set of competitors. Argo has come second for line honours two years in a row. Man, we have been so close, just minutes both times, so we will be back to take another bite of the apple!” 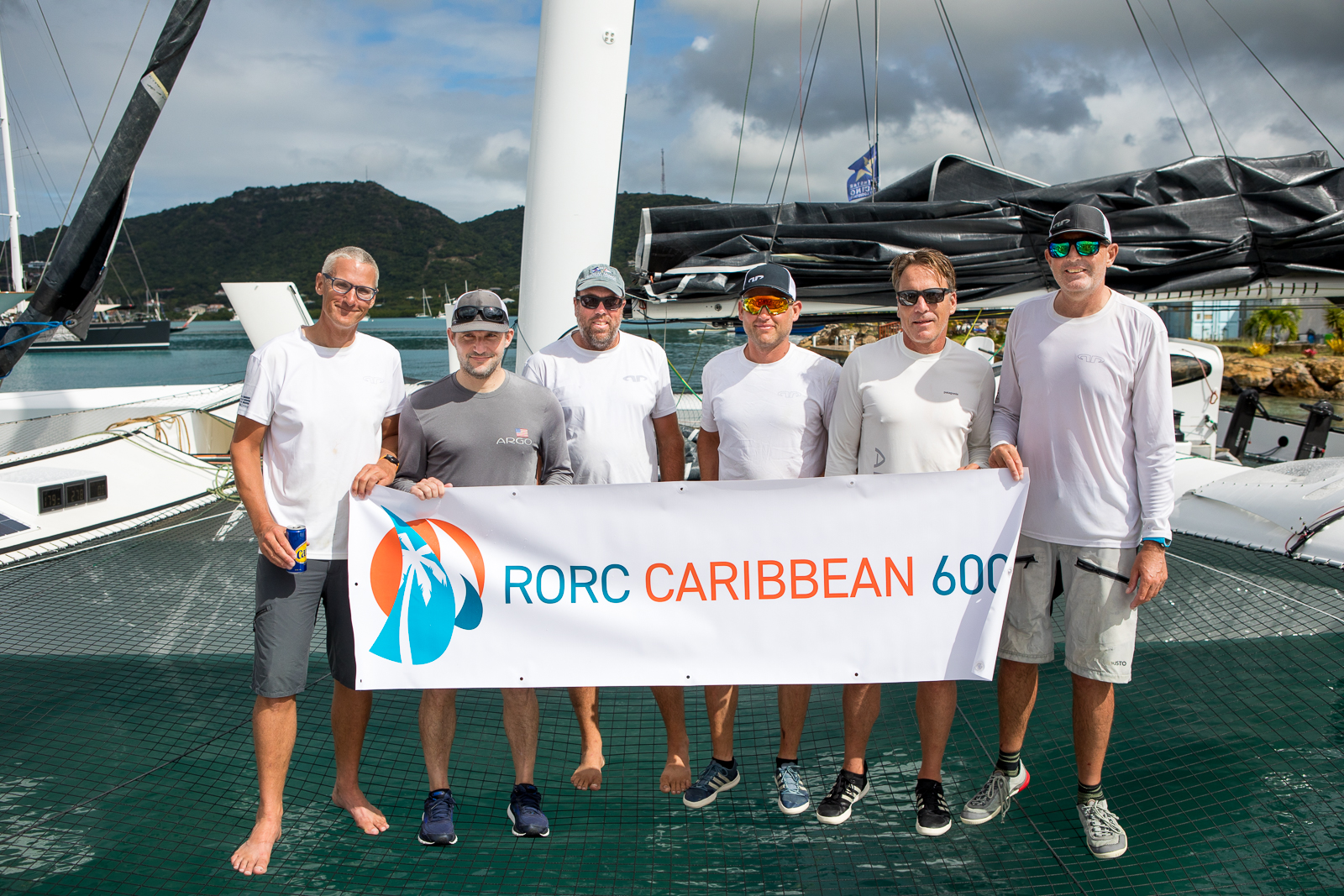 “Our record is safe for another year, but the conditions were too light for us this time. We have a speed problem against the other boats in under 13 knots,” commented Giovanni Soldini. “It was a very good race with three boats fighting a lot. Even though we were slower, we were able to catch them three times. We did well at Guadeloupe going very close to the land, they came to cover us and we were all near the beach, but we kept the inside lane, then the wind died for 20 minutes. We then went south of Marie-Galante because we had to try something different, but the easterly lift did not come for one hour.” 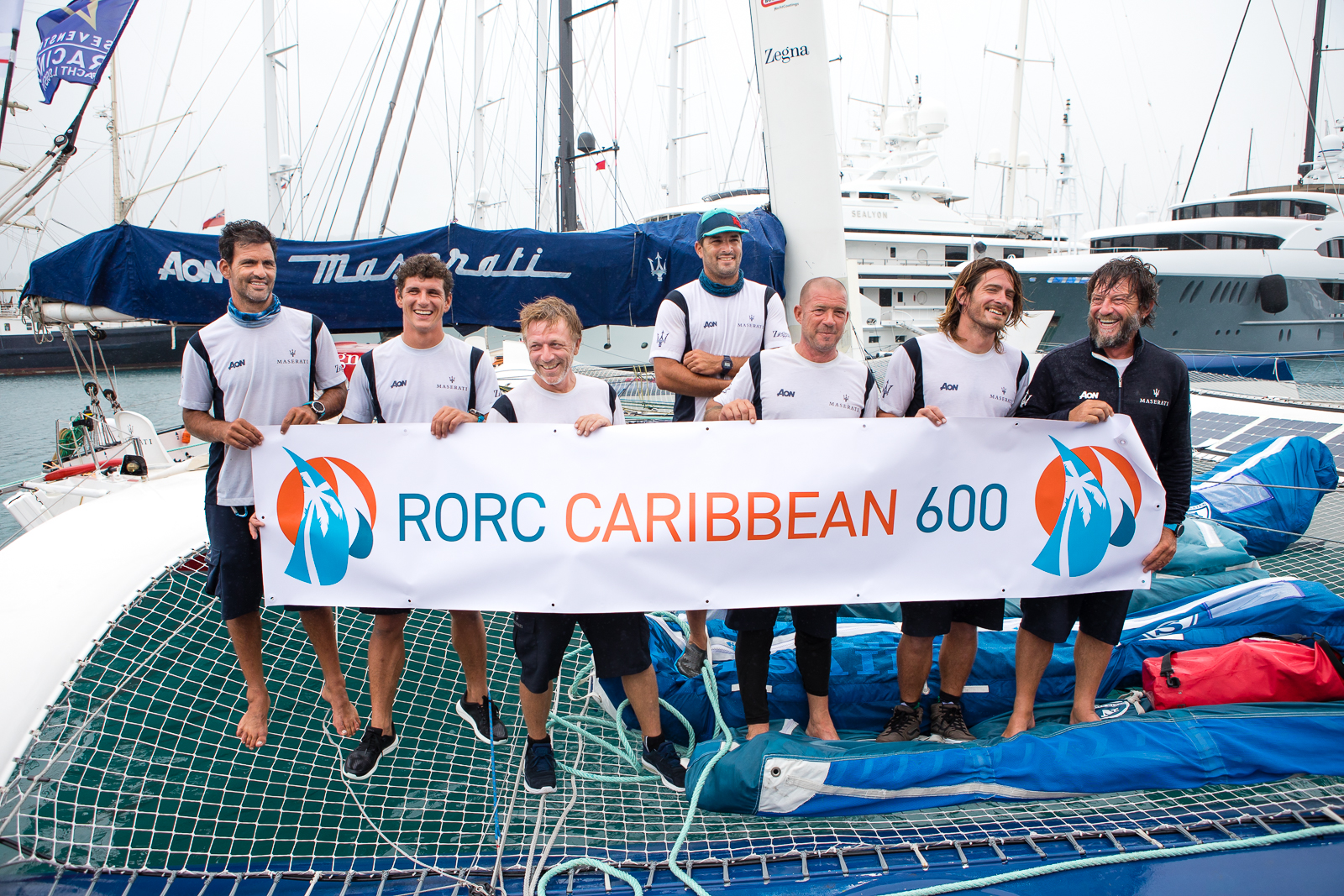 “It is actually harder when you are in the lead because you become the canary in the coal mine! At Redonda, Argo did a good job and we pulled the string a bit too tight there. We were level-pegging and the breeze was about 40 degrees. Then there was a big shift to the right, to about 70 degrees and Argo tacked on the header. It was touch and go whether we should slam-tack or cross. We swapped sides and under the building cloud it went back to the left which gave us enough advantage to tack back as the breeze returned to the right and we got into the lead and we managed it from there. These boats are such great fun to sail; the acceleration is so quick and to have such a close race is just unbelievable.” 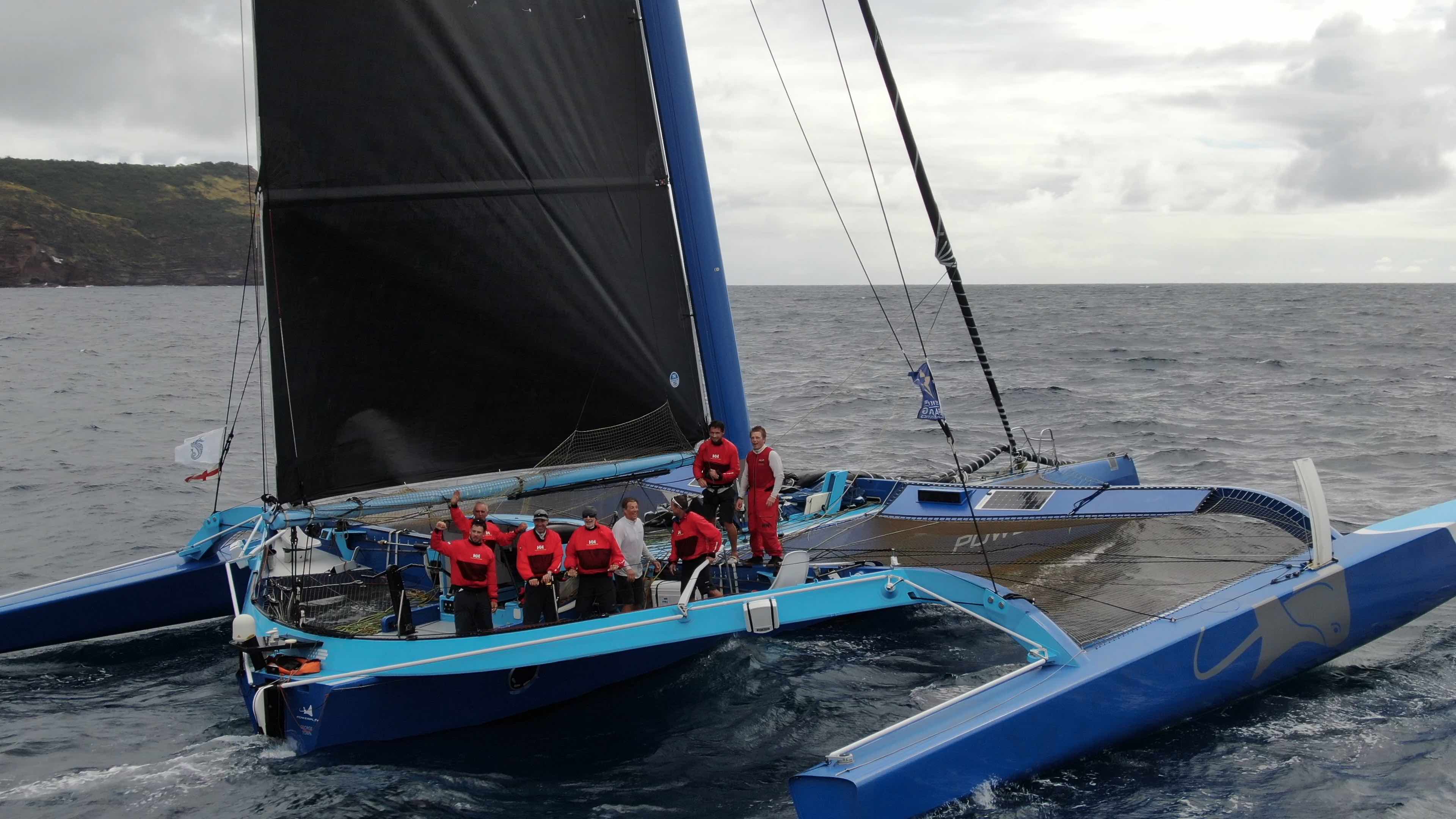 70 teams are still racing in the RORC Caribbean 600, stay up to date as the drama unfolds….