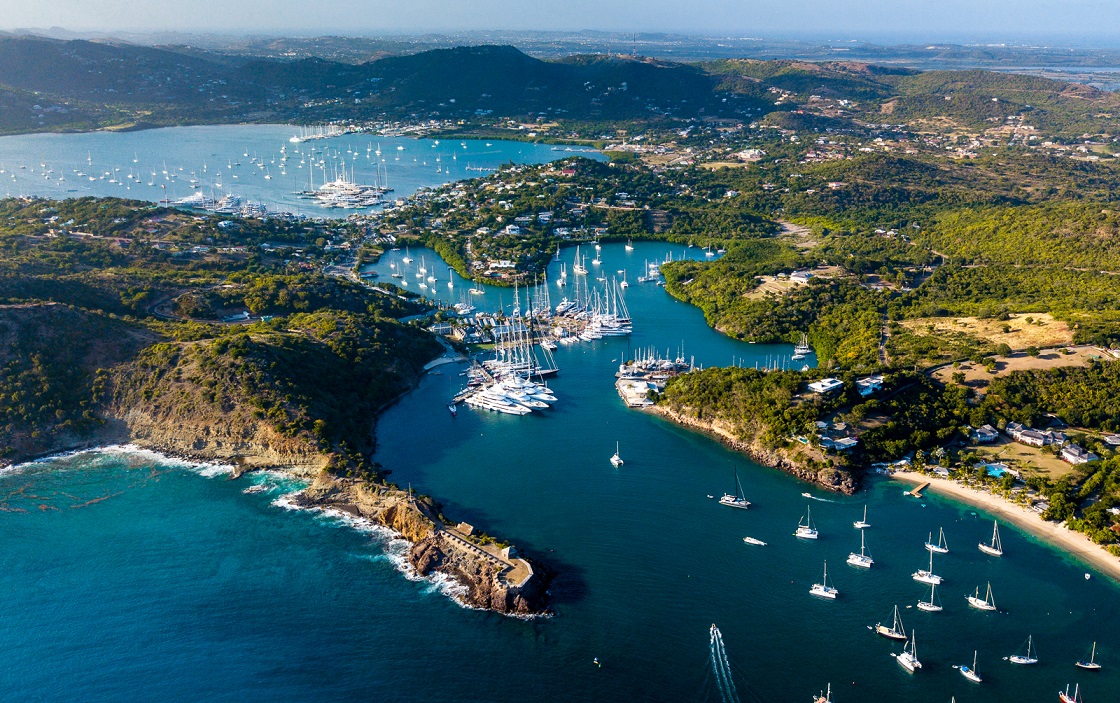 Get Set for a Cracker

The start of the RORC Caribbean 600 will be streamed live on Facebook:

Five starts are scheduled from 1100-1140 local time with the multihulls in the final start. In the build-up to the non-stop race around 11 Caribbean islands there has already been high drama, and the race is set provide a thrilling spectacle with front-runners reporting that both the multihull and monohull race records could be broken. Entry Lists HERE

The weather forecast is suggesting that moderate trade winds at the start will strengthen during the race, giving classic Caribbean sailing conditions of warm trade winds from the east with a moderate sea state. "We have seen light conditions throughout January, but we are seeing a significant change for the RORC Caribbean 600, with low pressure pushing the high pressure away," commented Andiamo's skipper Mike Broughton at a weather update held during the Skippers' Briefing.

"Traditional trade winds are expected to return for the race with a wave height of 8-14ft (2.4-4.3 metres). Wind speed is always difficult to estimate as this will be effected by the islands as well as the difference in rig height of the fleet. Generally speaking we can expect a mean wind direction from the east of about 20-26 knots, but more for the teams with taller rigs," continued Broughton. 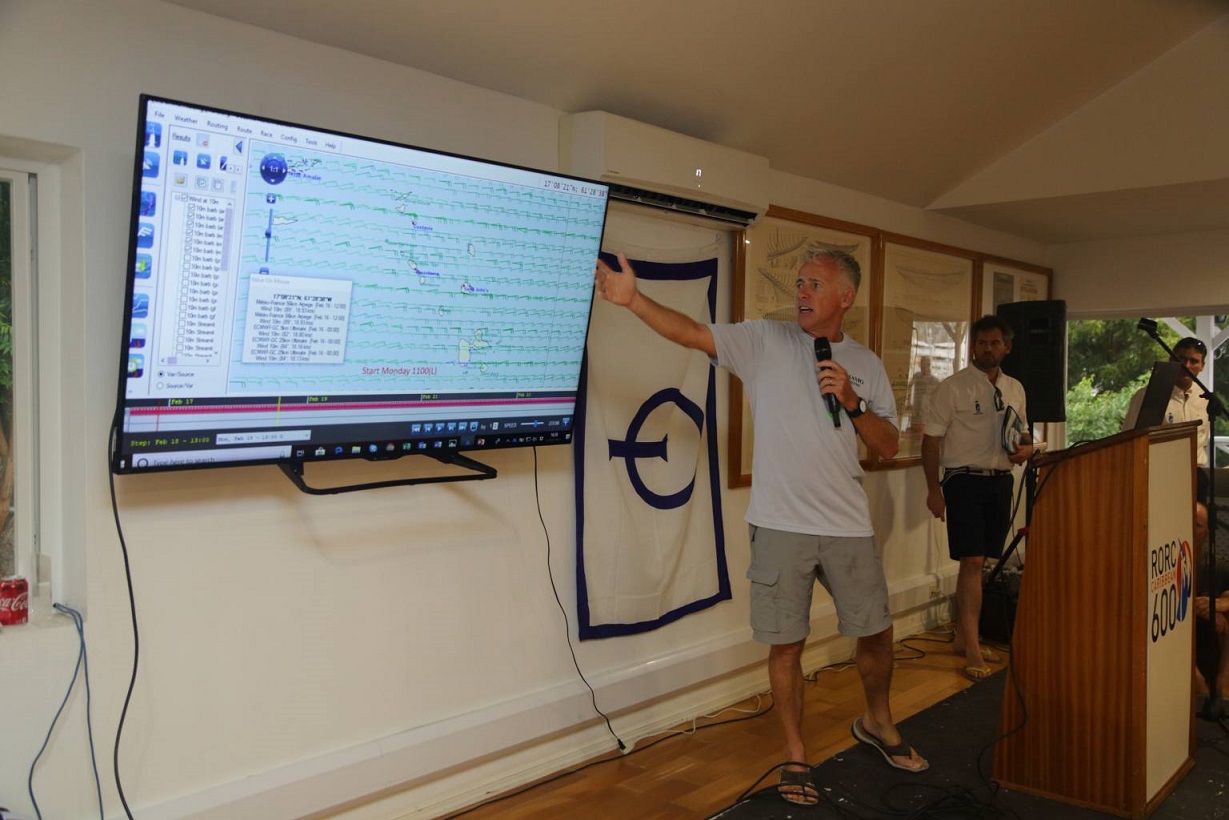 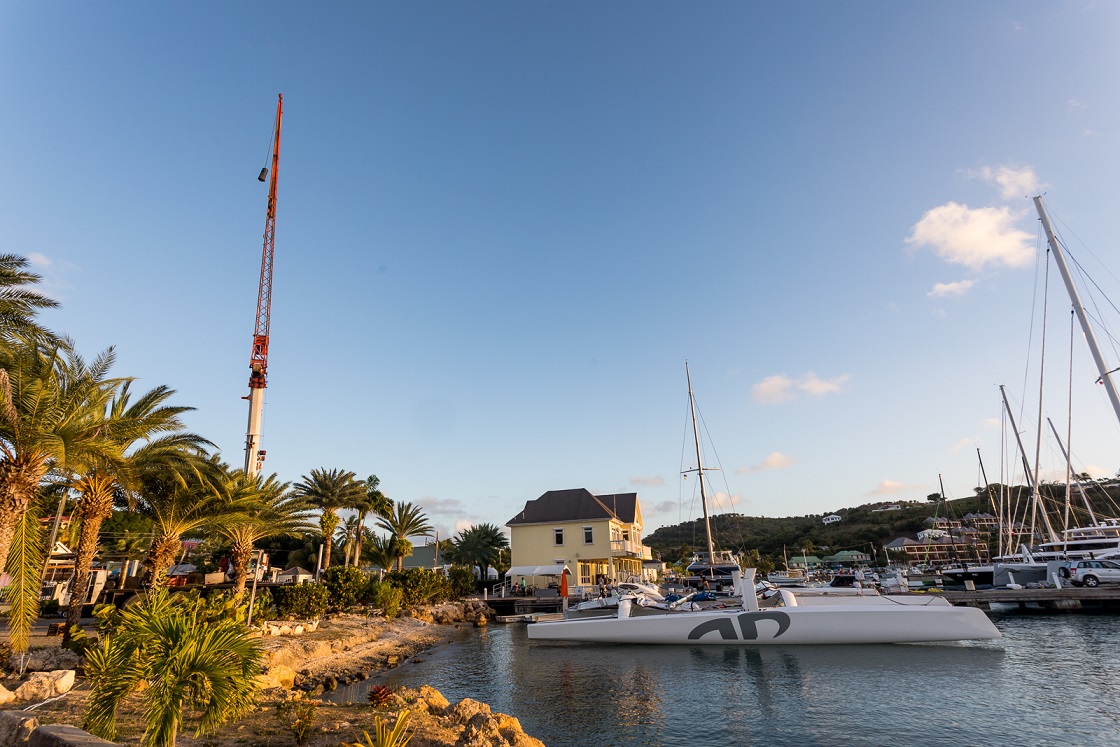 Speculation around Argo, skippered by Jason Carroll (USA) continues. The MOD70 capsized at high speed during training on Friday (15 February) and Argo was righted and recovered back to Falmouth, Antigua. It would be a dramatic comeback should the team feel that the boat is seaworthy. Maserati Multi70 skippered by Giovanni Soldini (ITA) are also keen to see Argo back in action to push the intensity. Both teams have suggested record-breaking conditions for the race.

Maxi72 Bella Mente's Terry Hutchinson (USA) has also reported that that their fastest routing analysis suggests that the monohull record is also under threat. Simon Fisher, navigator on Volvo 70 Wizard, owned by David and Peter Askew (USA) concurs with that analysis. Sadly, Maxi72 Sorcha, owned by Peter Harrison (GBR) will not be racing. A hairline crack in their bowsprit turned out to be a major structural failure and with not enough time for a repair before the start, the team has been forced to withdraw from the race. First 40.7 Escapado is also out having damaged their rig before the start, but the crew led by Andy Young (GBR) will race J/130 renamed Escapado on Mazu.

The media team have been busy over the last few days shooting the preview film for the 2019 RORC Caribbean 600, featuring interviews with some of the 700-plus sailors from 21 countries taking part in the race, including: Argo's Brian Thompson (GBR) and Chad Corning (USA); Giovanni Soldini (ITA) Maserati Multi70; Terry Hutchinson on Bella Mente (USA); Bouwe Bekking (NED) on the superyacht Nikata; Jonathan McKee (USA) from Greg Slyngstad's Fujin and from the two smallest yachts in the race; Johannes Gerssen (NED) racing Cabbyl Vane Two-Handed with his brother, and Rosalin Kemp (NED) from Bernie Evan-Wong's Antiguan entry Taz. plus RORC CEO Eddie Warden Owen.