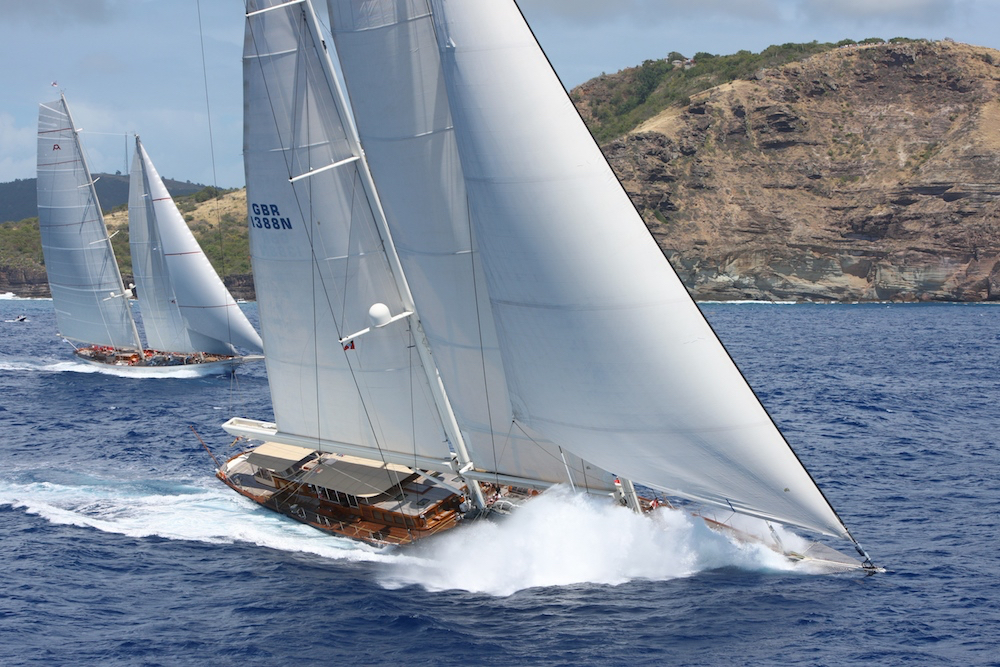 Of the early entries, the largest yacht competing will be the 203ft schooner Athos, returning to the race after her round the world adventure. Three of the world's fastest multihulls will also be taking part, Argo, Maserati Multi70, and PowerPlay.

With an overall length of 203ft, Athos is the world's largest privately-owned two-masted schooner. From the drawing board of Hoek Design Naval Architects and built by Holland Jachtbouw, Athos has a displacement of 348 tons and can hoist nearly 33,000 sq. ft. of downwind sail area from its rig, which towers over 200ft above her teak decks. 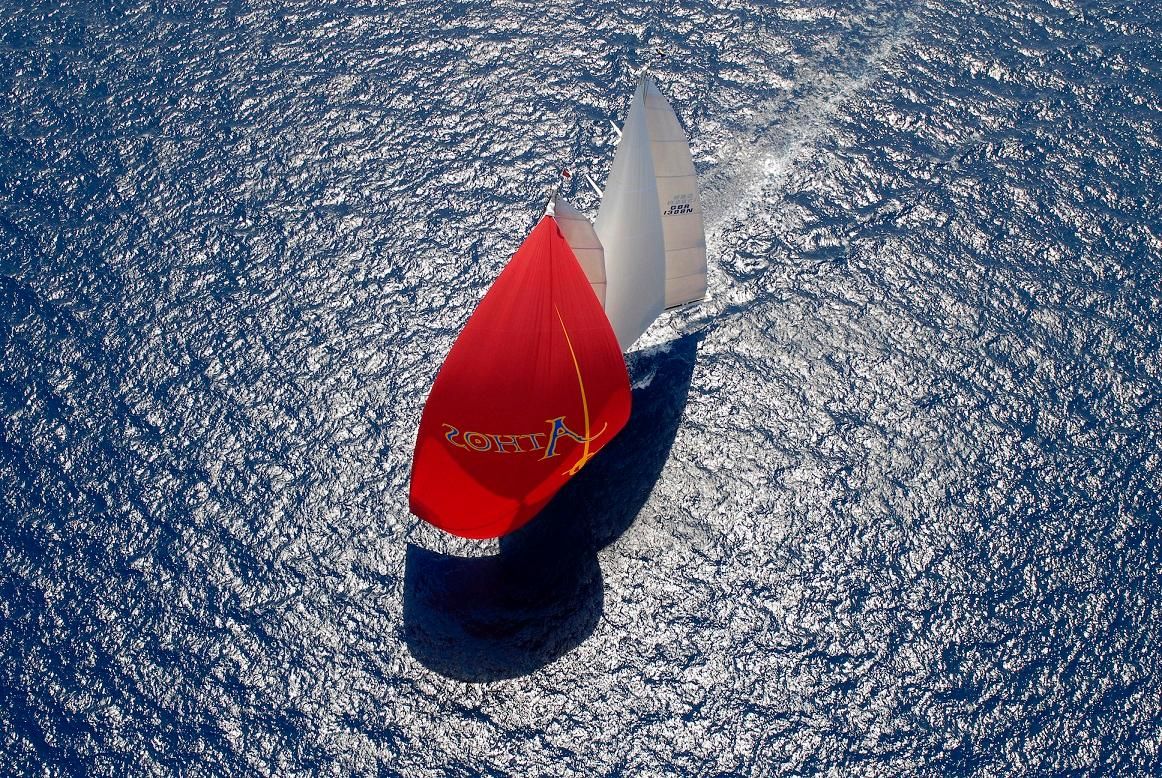 Athos competed in the RORC Caribbean 600 every year from 2013 to 2015 before setting off on a four-year round the world trip. After leaving Antigua, Athos passed through the Panama Canal into the Pacific, visiting some phenomenal locations including: Galapagos, French Polynesia, Micronesia, Samoa, Tonga, Fiji, New Zealand, Indonesia, Palau, Singapore, Thailand, and Maldives. Athos arrived back in the Mediterranean in May 2018 and plans to depart for Antigua at the beginning of December to take part in the 2019 RORC Caribbean 600.

“It should take Athos about 14 days to get to Antigua and it is going to be nice to go home, as I am an Antiguan resident and myself and the crew have so many friends there,” explained Athos' Skipper Tony Brookes. “The RORC Caribbean 600 is a great sailing event. The boss, all of his friends, and the crew, enjoy it so much. We do a lot of regattas but the '600 is top of the list, and it is at a really good time of the year. As far as other superyachts taking part, the more the merrier. The course is really set up for superyachts because we are normally racing around the cans with all that short tacking. During the '600 we are often doing long legs on one tack, trimming the sails for up to 10 hours on a single tack. On board Athos it's epic, you can feel the real power of the boat in a long distance race.”

In 2015, Lloyd Thornburg's Phaedo3 was the first MOD70 to take part in the RORC Caribbean 600, smashing the multihull race record by over six hours. The following year Phaedo3 had an epic duel with Tony Lawson's Concise10, skippered by Ned Collier Wakefield. Phaedo3 won the 2016 duel by less than 10 minutes, setting the current multihull race record (31hrs 59mins and 04 seconds). In 2017 a battle between Giovanni Soldini's Maserati Multi70 and Phaedo3 resulted in another win for Lloyd Thornburg, by just over 13 minutes. 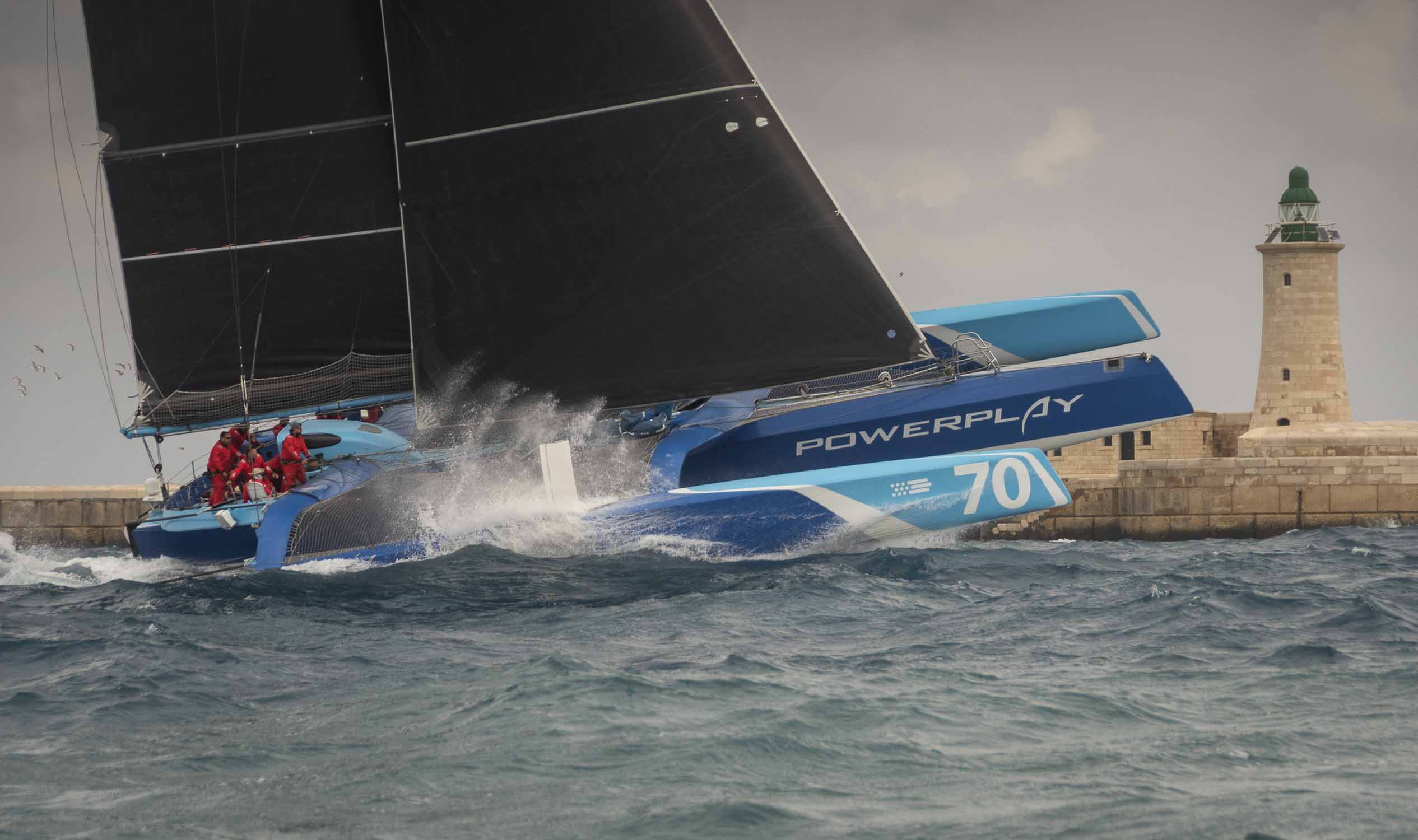 For the 2019 edition, for the first time in the 11-year history of the race, three of the world's fastest ocean-going trimarans will be competing: Maserati (ITA), PowerPlay (GBR) and Argo (USA), who will all be gunning for glory. Concise10 is now under new ownership; Peter Cunningham's PowerPlay Racing purchased the MOD70 earlier this year. Ned Collier Wakefield is retained as skipper along with most of the crew. For the 2019 RORC Caribbean 600, PowerPlay will line up against Argo (formerly Oman Sail), skippered by Jason Carroll, winner of the 2018 GC32 overall Owner-Driver Class. Maserati Multi70, is once again skippered by Giovanni Soldini.

“Having three of us is only going to improve the racing,” commented Ned Collier Wakefield. “We had three for a Round Ireland Race and it made for incredible action - a spectacle for anyone watching. It changes the dynamic from a match race to a fleet race, where all of us have different strengths. On a course like the RORC Caribbean 600 there are conditions and wind angles where we will all feel we have the upper hand. I anticipate the lead changing hands many times – it's going to be pretty damn exciting. The 2016 race with Phaedo was probably the best I have ever done, but the Trades were not fully in. If we get normal conditions, the record is definitely beatable.”