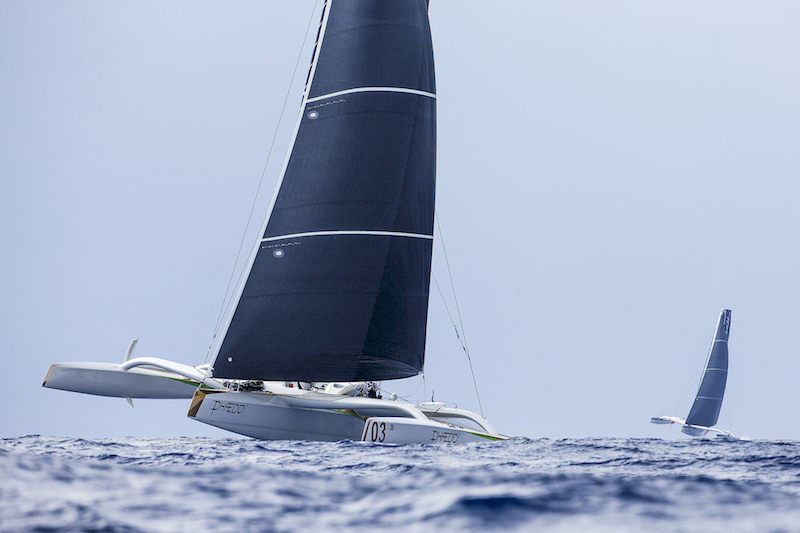 Phaedo3 and Maserati Pull the Trigger

On the second day of the RORC Caribbean 600, Lloyd Thornburg's American MOD70, Phaedo3 and Giovanni Soldini's Italian MOD70, Maserati have passed La Desirade on the Atlantic side of Guadeloupe. After 24 hours of high octane racing, Phaedo3 was just 35 seconds ahead of Maserati.

The northwesterly breeze had churned up a confused sea state at a part of the course, notorious even without the unusual wind angle. The two flyers felt the full brunt of the conditions as they cracked sheets and pulled the trigger towards Barbuda, blast reaching at over 30 knots of boat speed. 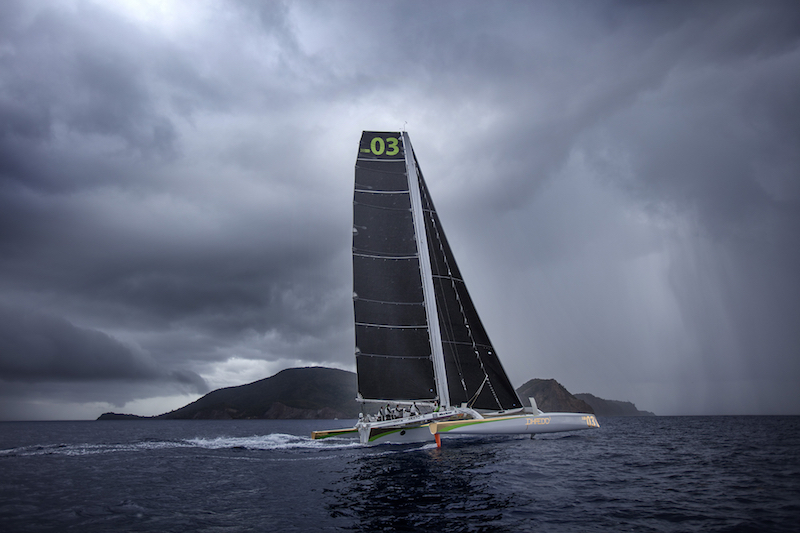 Phaedo3 proved to be the faster of the two, opening up a slim lead of under half a mile. The breeze is due to turn north and if it does, the two MOD70s will be reaching to Redonda and then onto the finish. At La Desirade the two MOD70s were 25 minutes off record pace. However, if the wind clocks north, both Phaedo3 and Maserati will be on for the multihull record, but they need to cross the finish line off Fort Charlotte before 19hr 39min 04sec AST on Tuesday 21 February.

In the MOCRA Class, third place on the water is Greg Slyngstad's Bieker 53, Fujin, an all-carbon flyer with daggerboards and T-Rudders designed by Californian Paul Bieker. However after MOCRA time correction, Robert Szustkowski's H66, R-six is in third place behind the two MOD70s. R-Six flies the Polish flag and is skippered by Robert Janecki. Fred Ball's American Newick 50, Lucky Strike is in fourth place after time correction. Michael Butterfield's Dazcat 46, Dazzla suffered rig failure on Tuesday morning; all of the crew are well on board and heading for St. Maarten under engine.