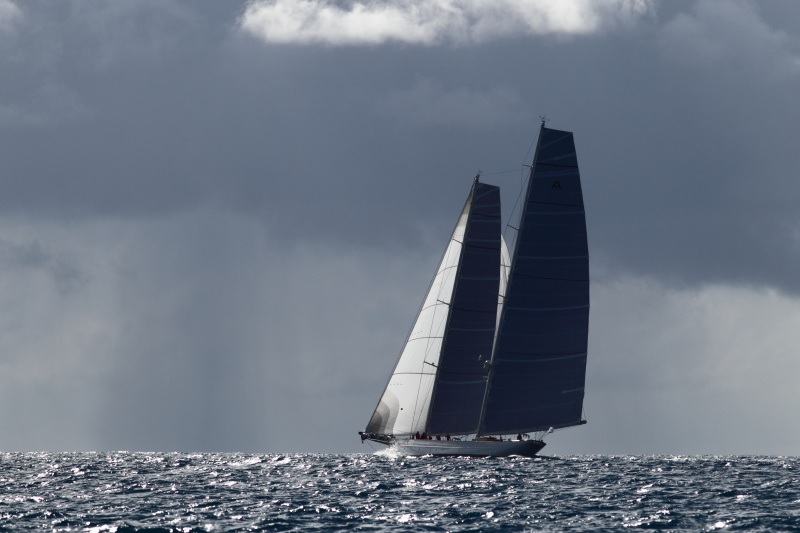 After a champagne start to the race there was a huge change in weather conditions by the end of the first day. The low pressure system emanating from the north arrived earlier than anticipated, extinguishing the trade winds to provide a windless night for many competitors. However, in the early hours of Tuesday morning a highly unusual north westerly wind was effecting the majority of the fleet rounding St.Kitts and Nevis. The arrival of the wind was accompanied by torrential rain – more Argyll & Bute (Scotland) than Antigua & Barbuda! By dawn on the second day, the majority of the monohull fleet were beating to Saba Island to turn downwind towards St. Barth.

In the MOCRA Multihull Class, the two duelling MOD70s are now a distant memory from the rest of the fleet. Giovanni Soldini's Maserati rounded the Barbuda mark less than a minute ahead of Lloyd Thornburg's American Phaedo3 and the two yachts set off on a broad reach to Nevis, hitting 25 knots of boat speed. However, on Port gybe without a foil, Maserati was unable to shake off the attentions of Phaedo3. Turning upwind at Nevis, the advantage turned towards Phaedo3 who passed Saba Island 22 seconds ahead of Maserati. Phaedo3 continued to pull away from Maserati through the chicane at the top of the course to lead by nearly 10 minutes as they passed Tintamarre Island around Midnight. Both MOD70s experienced light winds for the first part of the leg to Guadeloupe, but once through the windless zone, the two combatants were back to full speed as they both rounded Montserrat to Port. At dawn on the second day of the race, Phaedo3 and Maserati were close together, about to enter the wind shadow of Guadeloupe. 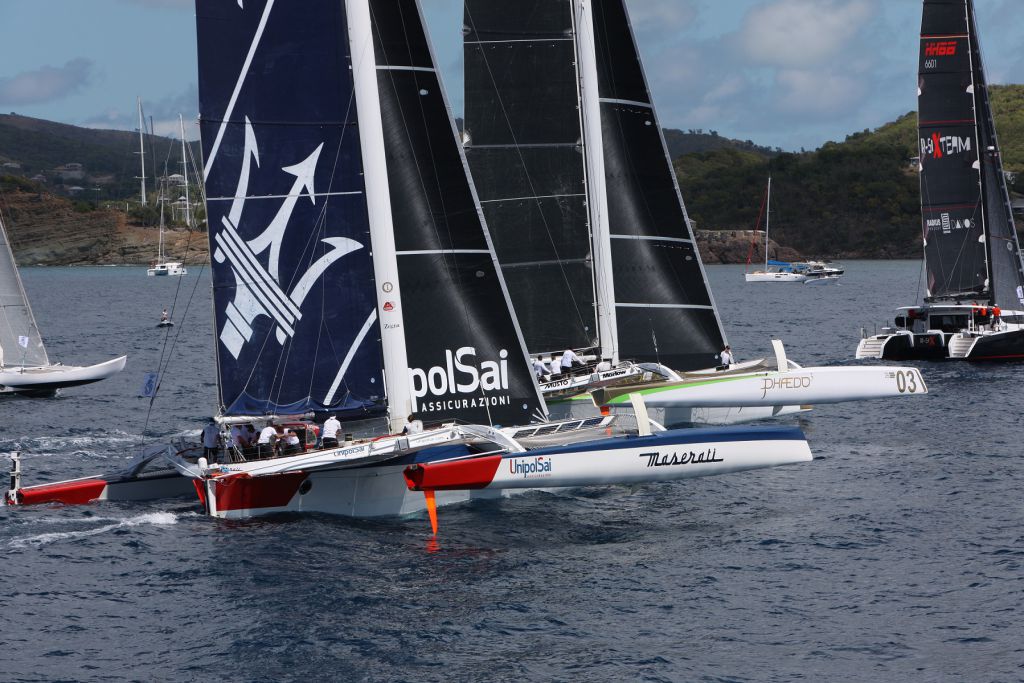 At dawn on the second day, the two Maxi72s were enjoying an intense battle at the top of the overall leader board for IRC. Hap Fauth's Bella Mente and George Sakellaris' Proteus were rounding St.Barth for the second time on the long leg to Guadeloupe. The two yachts had been no more than seven minutes apart in 240 miles of racing. Approaching the halfway stage in the race, Proteus was estimated to be leading by less than one minute on corrected time. Dixon 100, Danneskjold, sailed by Simon Hill is estimated to be third in IRC Zero, just ahead of Stefan Jentzsch's Carkeek 47, Black Pearl, after time correction.

IRC One
Marc Lepesqueux & Philippe Paturel's Class40, Saint Pierre & Miquelon is estimated to be leading the class from C.n.b. Briand 76, Lilla, sailed by Simon & Nancy De Pietro. Giles Redpath's Lombard 46, Pata Negra is third. With all of the 18 yachts in the class on the leg between Saba and St.Barth at dawn on the second day, there is close racing right through the division. 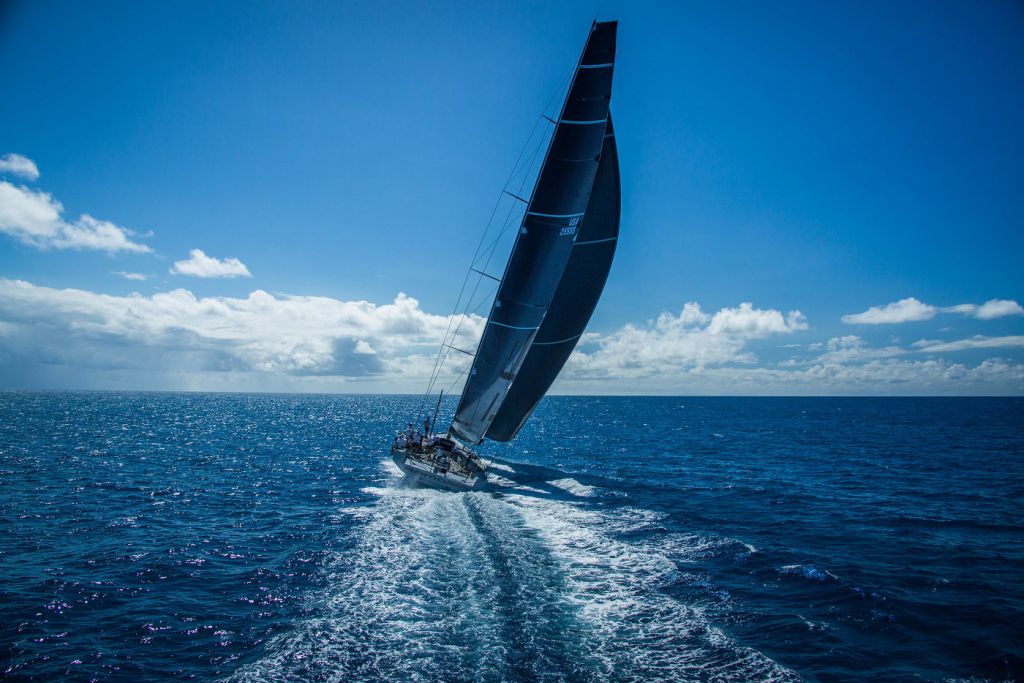 Class40
Halvard Mabire and Miranda Merron’s Class40, Campagne de France is locked into a close battle for the class with Peter Harding's Ph-orty. The two teams are approaching St.Barth, barely a mile apart, with Campagne de France just in front. Catherine Pourre's Eärendil was leading the class during the first night but is now lying in third position.

A battle is developing between the two magnificent schooners racing in the RORC Caribbean 600. The 182ft twin-masted Adela, skippered by Greg Perkins is 14 miles ahead of its rival the elegant 162ft Eleanora. However Adela enjoys additional waterline length and sail area, and after IRC time correction Eleanora holds an estimated lead of just 14 seconds. Sail changes and manoeuvres on board will have been both numerous and exhausting among the classic yachts racing. As testified by Mathew Barker, owner of The Blue Peter. “A lot of tacking during the night with boats all around us which adds an element to the physicality. A great chilli meal on board, which was very welcome with the foul weather, all good on board.”

Infiniti 46, Maverick, skippered by Oliver Cotterell has retired from the race having reported a hand injury to a crew member. The Maverick team are safely ashore at Nevis.