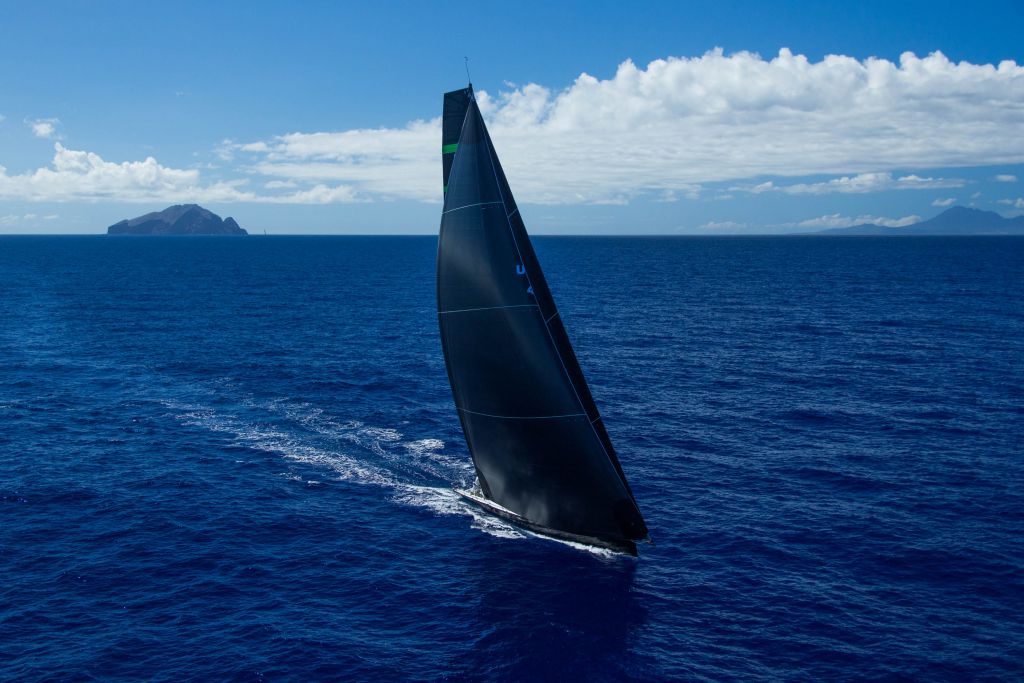 The All-American Maxi72 battle in the RORC Caribbean 600 lived up to expectations with Hap Fauth's Bella Mente and George Sakellaris' Proteus enjoying an epic match race. The lead in the Maxi72s changed hands on seven occasions during the race. Bella Mente counted 85 sail changes and at one point, both yachts were way-over canvassed, smoking along at 30 knots in a gigantic squall. Bella Mente crossed the finish line just 14 minutes ahead of Proteus to set the bar for the RORC Caribbean 600 Trophy which will be awarded at the Prize Giving to the yacht scoring the best time under the IRC Rating Rule.

Hap Fauth was delighted to have won the match race with Proteus and full of praise for the event, the competition and above all, his team.

"We are beat; there is nothing left as the whole team gave 120% or more...unbelievable! We are just delighted to have prevailed. We had a match race for 500 miles with Proteus and that is a really well sailed boat. It was really, really good sailing. This is an iconic race that you cannot miss at all.

"The RORC should be congratulated for organising another great race. This was an interesting course because with the conditions it was totally new and fresh. We expected a maximum wind speed of 15 knots and at one point we were doing 25 knots of boat speed, just ripping, so it was terrific. Not until we got to Barbuda for the second time did we really establish ourselves. We had a tacking duel with maybe 15 tacks and extended out by four miles, we just kept our lead. A really good race and it doesn't get any better.

"Last year we didn’t finish the race and we had to put the old girl back together. Bella Mente is the oldest Maxi 72 on the circuit and I am the oldest helmsman, but if I am still out of the ground next year, I will be back. This crew is the best in the world. I just stay at the back and get all of the applause."

Bella Mente tactician, Terry Hutchinson, explained some of the key aspects in the battle with Proteus:

"If you haven't done this race you have to come and do it, even with the unusual conditions it was really good. Way more exciting than we thought it would be. What surprised me was we finished the race a lot earlier than we thought, but the battle with Proteus was just as we expected. We passed each other seven times during the race! Getting that extra gust of wind and different sail combinations were big factors. Proteus was quick on a reach and Bella Mente had a slight edge upwind and downwind. At Guadeloupe, we had set a spinnaker first at Iles des Saintes, but we couldn't make the corner and then couldn't get our spinnaker down either, so we were on the back foot going around La Desirade. For the 90 mile beat, Bella Mente was going about as good as ever and we were a mile behind, but by Barbuda we were two miles ahead. It will be interesting to hear if something wasn't quite right on their boat. We got ahead when it counted, but massive kudos to the Proteus team, they sailed a great race." 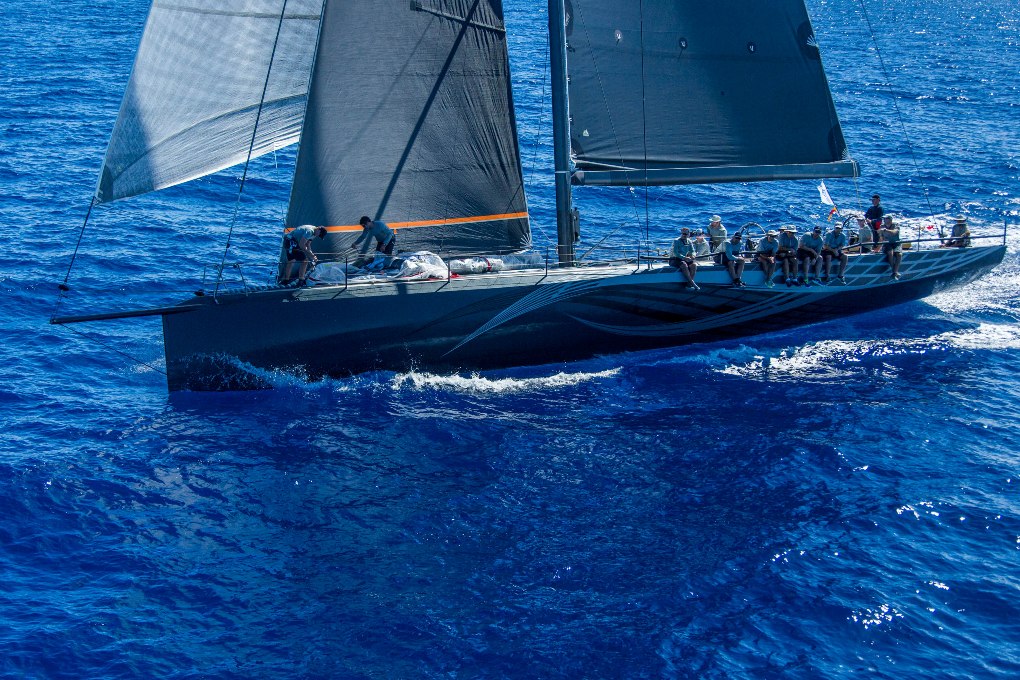 Last year's overall winner, George Sakellaris racing Proteus described the race as one of the best ever despite losing out to Bella Mente.

"We had everything in this race; it was an epic battle but something went wrong with the boat on the beat to Barbuda. We even backed up the boat to try to shake off some weed or whatever it was slowing us down. Up until then it was a great race, one of the best I have ever done. We had close company all the way and not just Bella Mente, we had Leopard and SFS to contend with as well. The team is fantastic and it was very exciting. At one point we were sailing with the A1 (largest spinnaker) in 37 knots of wind and the boat was doing 30 knots. That is why I go racing, that is what I live for." 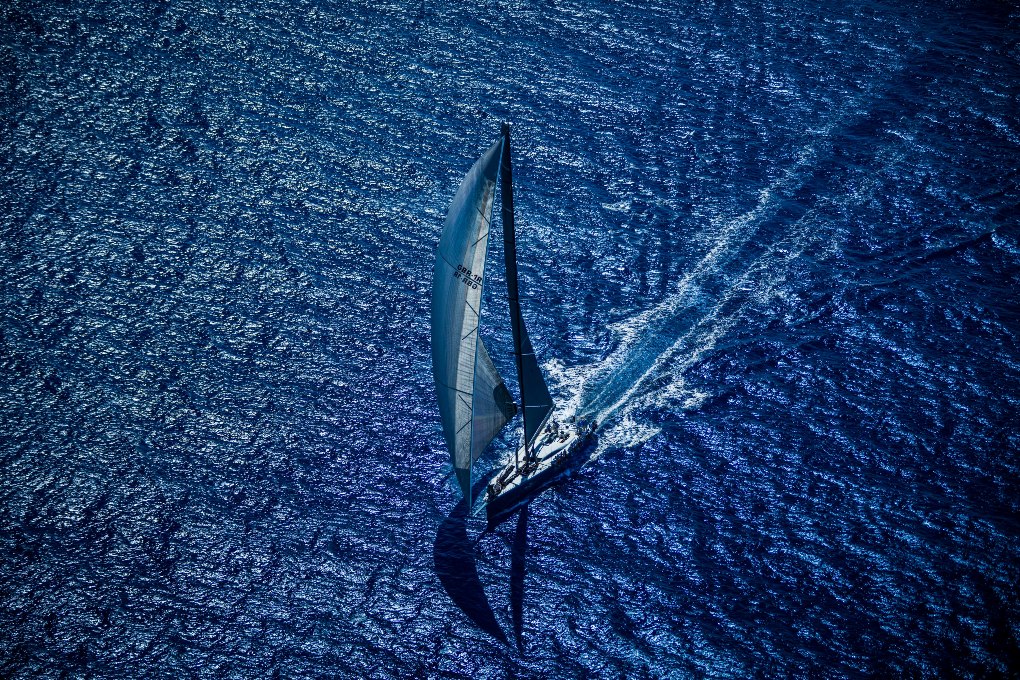 Mike Slade's Maxi Leopard 3 finished the RORC Caribbean 600 in second place on the water behind George David's Rambler 88 to claim third in class. "Leopard has not been beaten on the water by a Maxi 72 or a Volvo 70 in this race and that still stands," commented Leopard 3 Boat Captain, Chris Sherlock. Lionel Pean's French Volvo 70 finished the race just under two hours behind Leopard 3 and after time correction is runner up to Rambler 88 in IRC Canting Keel. "It was a great pleasure to race along side two Maxi72s and our target was be ahead of the other Volvo 70s and we achieved this with a good result. We had great sailing and a good fight all along but it was a hard race." 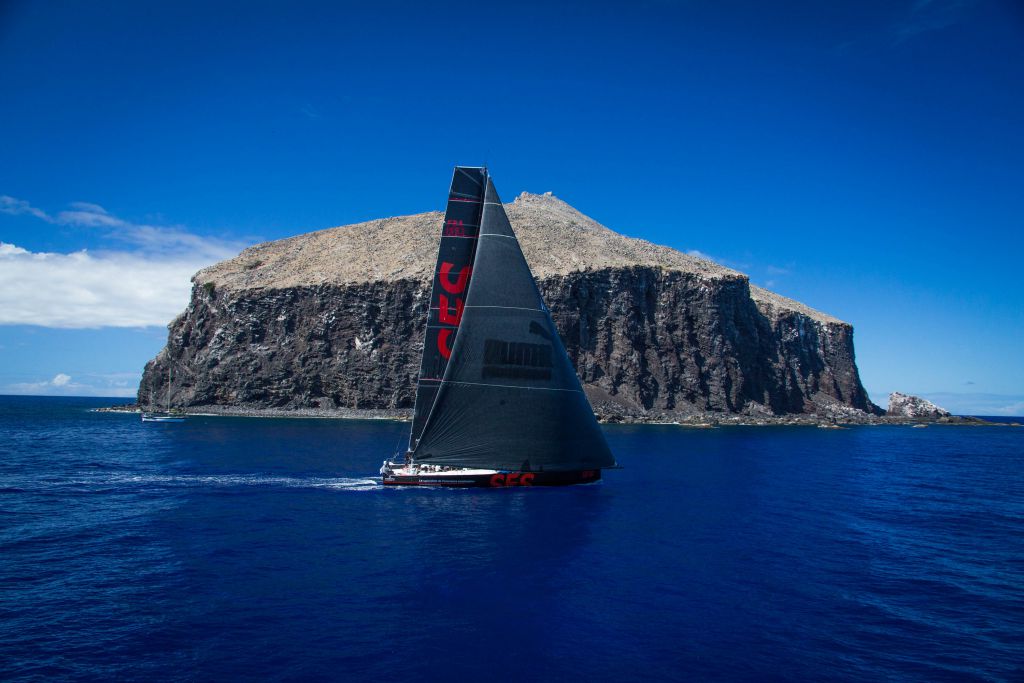 On the fourth day of the RORC Caribbean 600, over 50 yachts are still racing. Bernie Evan-Wong's Antiguan RP37, Taz is leading in IRC One. Ed Fishwick's British J/122, Redshift on El Ocaso is leading in IRC Two and Jonty Layfield's British Swan 48, Sleeper X is leading IRC Three. Peter Harding's British Class40 Ph-orty is back in the lead for the Class40 Division. 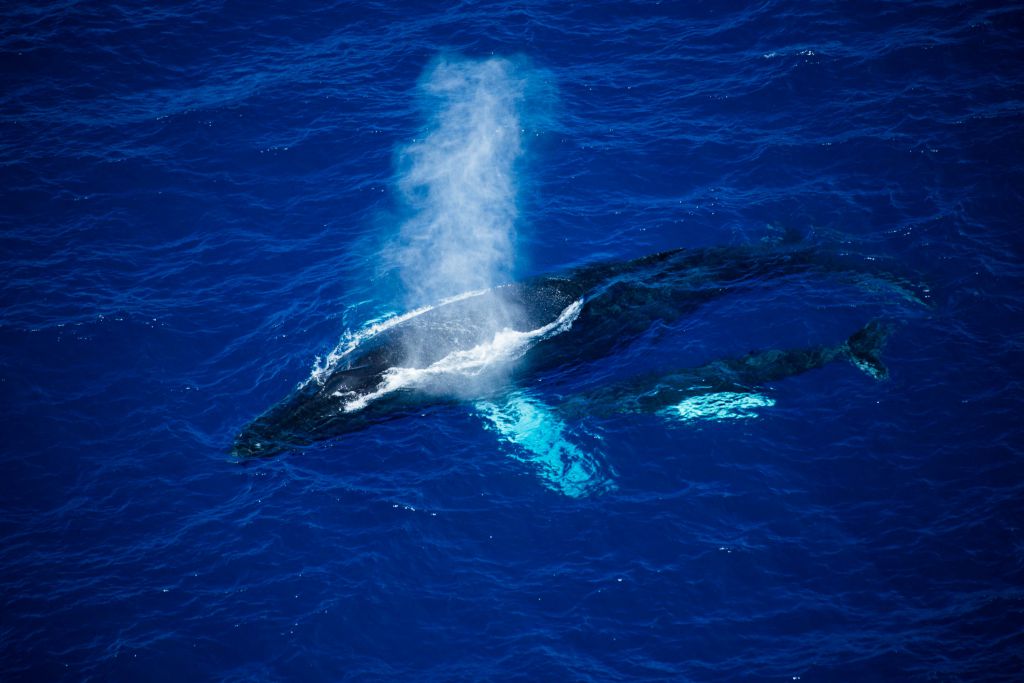 Even if the wind gods are not playing, the fleet races round 11 Caribbean islands, competitors are rewarded with sightings of amazing wildlife. Whales spotted off Redonda by the media team in the helicopter
© RORC/ELWJ Photography