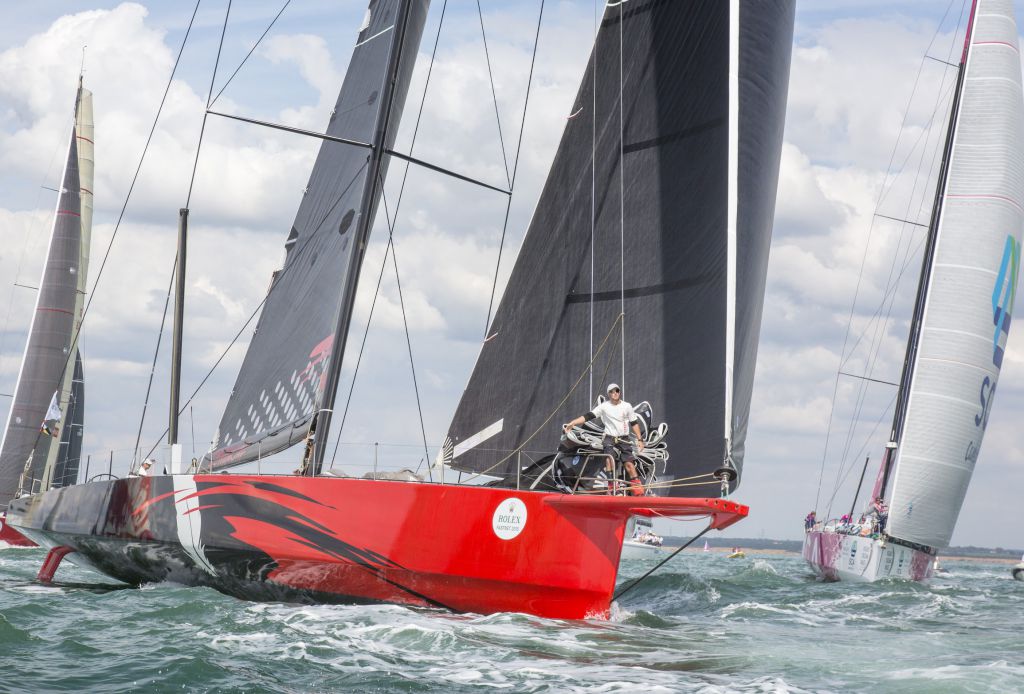 The glitterati of the sailing world will be in Antigua to compete in the 2016 RORC Caribbean 600. Well over 100 Olympians, World Champions, America's Cup and Volvo Ocean Race sailors will join hundreds of passionate corinthian sailors for the exhilarating 600-mile race around 11 Caribbean islands.

Surfing on ocean swell in 20 knots of warm tradewinds, on a course resembling a Formula One race track, the RORC Caribbean 600 is hard to resist. A record fleet for the 8th edition is expected, with a 20% increase in pre-Christmas entries compared to last year, making a fleet of 80 yachts highly likely. 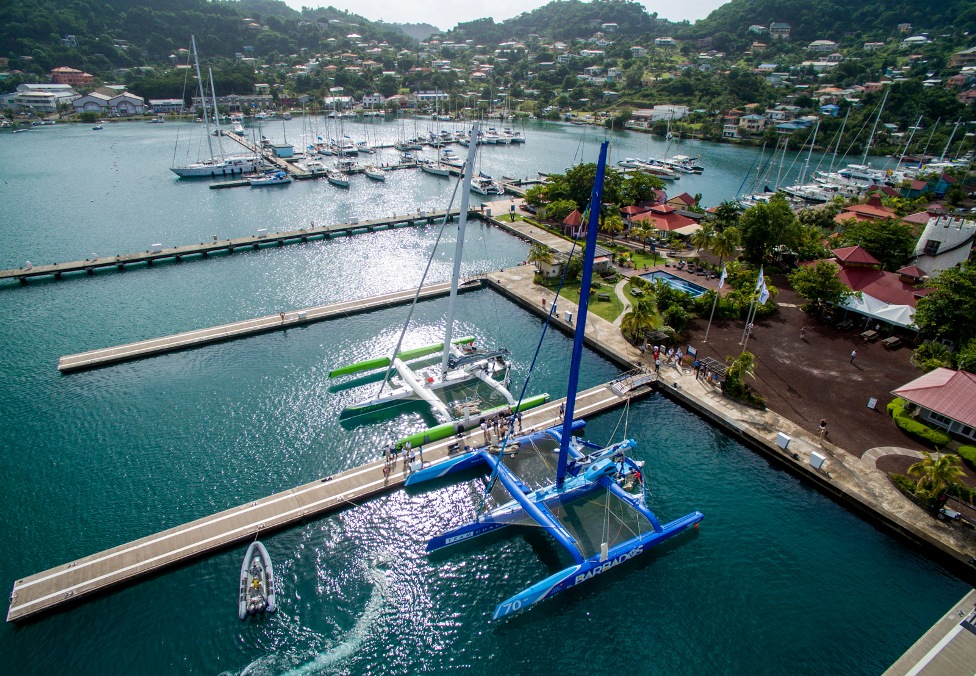 The Caribbean's premier offshore race will feature two of the world's fastest multihulls. Lloyd Thornburg's MOD 70, Phaedo3 set the course record for multihulls last year and is back, but will have hot competition from Tony Lawson's MOD 70, Concise 10. Phaedo3 won their latest duel by under two hours, in a six-day, high-speed match race for the RORC Transatlantic Race. Concise 10 and Phaedo3 will be competing for the Multihull Line Honours Trophy.

“Absolutely 100%,” commented Kenny Read, when asked if Comanche can beat Rambler 100's record. “I was on Rambler 100 that year and it was an ideal wind direction, but really not that windy. So I think with good solid trades, 20 knots plus, absolutely, the record could fall. Technically Comanche is 10 years newer and not trying to be over the top, Comanche should be quicker in every department. If you want me to tell you how fast we are going to be, then I will need an accurate weather forecast. As with everybody in the race, the weather gods will decide that.”

Joining Comanche in IRC Canting Keel will be Donnybrook, James Muldoon's Andrews 80, racing with a corinthian crew from the Annapolis Yacht Club, Maryland, USA and Bouwe Bekking's Dutch Volvo Ocean 65, Team Brunel. Lee Overlay Partners, skippered by Irishman, Adrian Lee is the minnow of the pack, but the Cookson 50 won the first race in 2009. Also heading to the Caribbean is Jens Kellinghusen's brand new German Ker 56 Varuna VI. The canting keelers will be hoping for strong breeze and reaching conditions to maximize their performance against the fleet.

IRC Zero has a powder-keg for an entry list with four Maxi 72s; three TP52s; Ker 51 Tonnerre 4; RP63 Lucky; RP82 Highland Fling XI; RP90 La Bête (former Rambler 90) and Southern Wind 102 Farfalla. The overall winner of last year's race was Hap Fauth's Bella Mente. This year Bella Mente will need to get the better of three other equally matched Maxi 72s to retain the RORC Caribbean 600 Trophy, which has not been accomplished before.

In probably the best offshore line-up in the history of the Maxi 72 Class, Belle Mente is joined by Jethou sailed by Sir Peter Ogden, Momo sailed by Jan-Henrik Kisteit and Proteus (former Ran V) sailed by George Sakellaris. 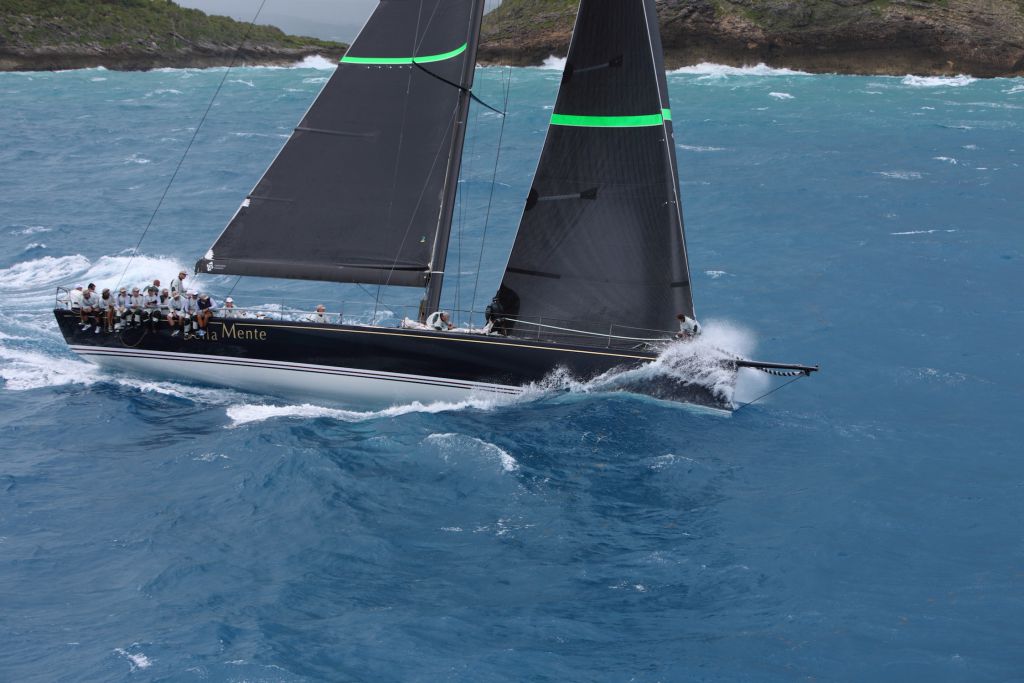 “It is going to be fantastic; one hell of a race,” enthused Bella Mente's owner, Hap Fauth. “The Maxi 72s are just a few clicks apart in rating and every boat is crewed by the world's best, so it is going to be unbelievably close racing. This will be our fourth race and we have made enough mistakes to know this course pretty well by now, but George's (Sakellaris) team and Momo have plenty of talent that have done this race before as well. Also don't count out the other yachts. Comanche is incredibly powerful and the TP52s are very strong in reaching conditions, plus the one-off designs with well drilled teams and well prepped boats.

“We will sail our own race. I don't know how the other teams approach this race but on Bella Mente we break it down into 13 sprints and treat each one like an individual race. There are lots of twists and turns where we look to make gains and we try to stay focused. We run a watch system to suit the different legs, because make no mistake, this race is a 'crew beater'. The geography of the course makes it a lot of fun, but it is tough on the body and the guys are exhausted when we get in. Bella Mente is back for a fourth race in a row because of all the top races in the world, the RORC Caribbean 600 is definitely one of them, and I am really looking forward to every minute of it,” concludes Fauth.

The past seven editions of the RORC Caribbean 600 have all been won overall by yachts of 50ft or over. However, Maurice Benzaquen's 40ft Pogo 1250, Aloha was in impressive form in the RORC Transatlantic Race, placing second, just two hours behind the overall winner on corrected time, Nomad IV, Jean-Paul Riviere's100ft canting keel Maxi.

“Four of the crew have all skippered yachts for Eric Tabarly so they are fantastic sailors and very experienced,” commented Benzaquen. “Aloha is at her best reaching, so the '600 course should suit us. How we deal with the wind shadow at Guadeloupe will be a big factor on our performance. We realise that we are under-dogs against the bigger yachts, but our spirits are high after the RORC Transatlantic Race and we intend to push hard for the '600.”

“The RORC Caribbean 600 has beautiful weather and spectacular nature; whales and turtles are often sighted. At night conditions are warm with impressive meteor showers lighting up the sky. All of these elements make this a very special race,” explained RORC Commodore, Michael Boyd. “Everyone that takes part has their story from the race. Sailors come from all over the world with aspirations of winning their class, but win or lose, over the past seven editions of the race the competitors have told the RORC what a memorable experience it has been. I am sure those feelings will continue.” 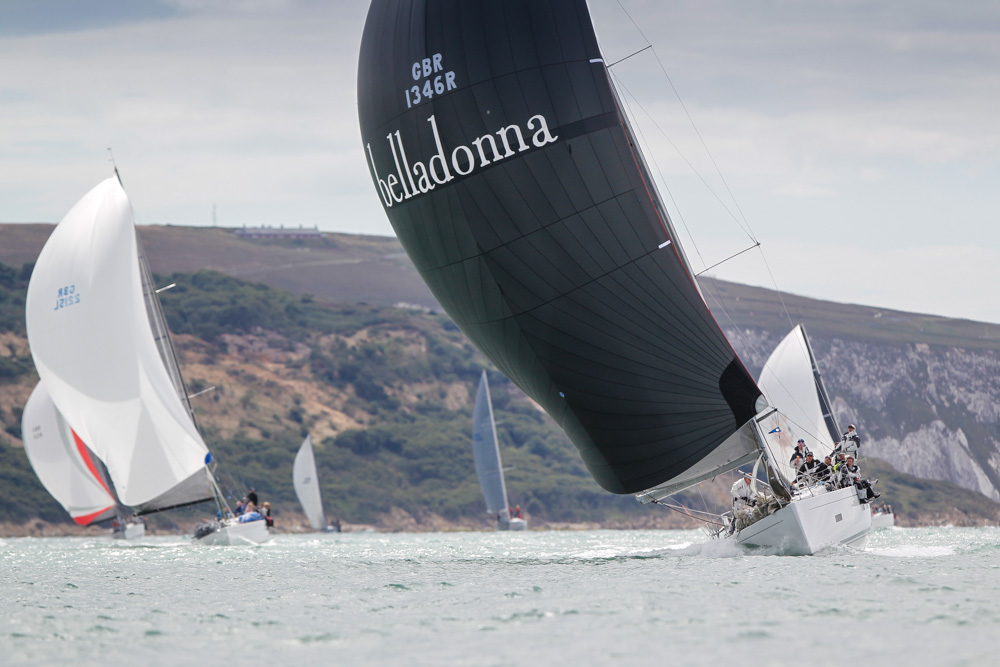 Thousands of spectators will gather at Shirley Heights to watch the impressive fleet begin the 8th RORC Caribbean 600. Hundreds of thousands more will watch the race unfold via video, photographs, race reports and blogs from the boats. All of the competing yachts will be fitted with YB Trackers.