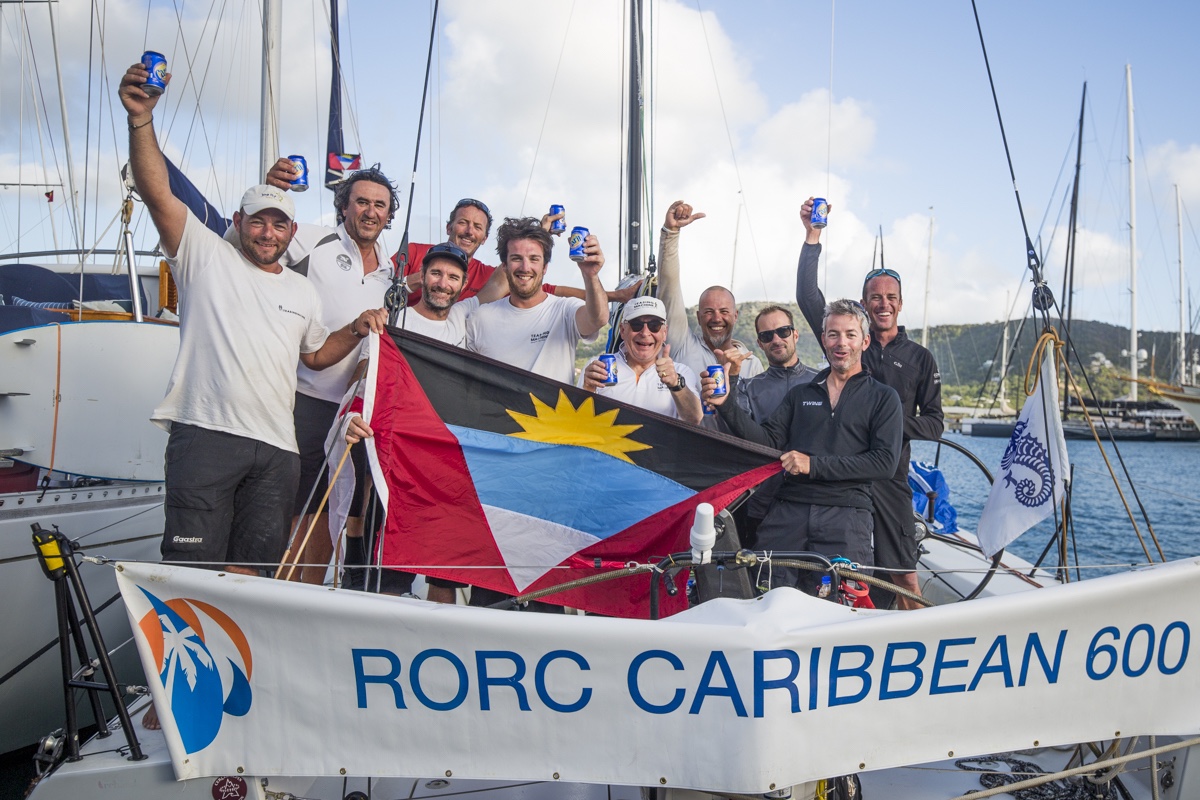 The magnificent 213ft schooner, Adix finished the RORC Caribbean 600 at 0703 AST on Thursday 25 February in an elapsed time of 2 days 19 hours 33 minutes 5 seconds to win the Spirit of Tradition Class. Gonzalo Botin's Class40, Tales II finished at 0336 AST, over three hours before Adix. Both yachts are sailed by the same Spanish family and no doubt Gonzalo would have been delighted to win the Spanish duel in a boat that could fit on the stern of the spectacular schooner. Tales II was also the winner of the Class40 division for the third year in a row. The joy of Botin's Tales II team was complete when they crossed the line, breaking their own Class40 record by 11 minutes and 23 seconds to set a new Class40 record of 2 days 16 hours 26 minutes 29 seconds. 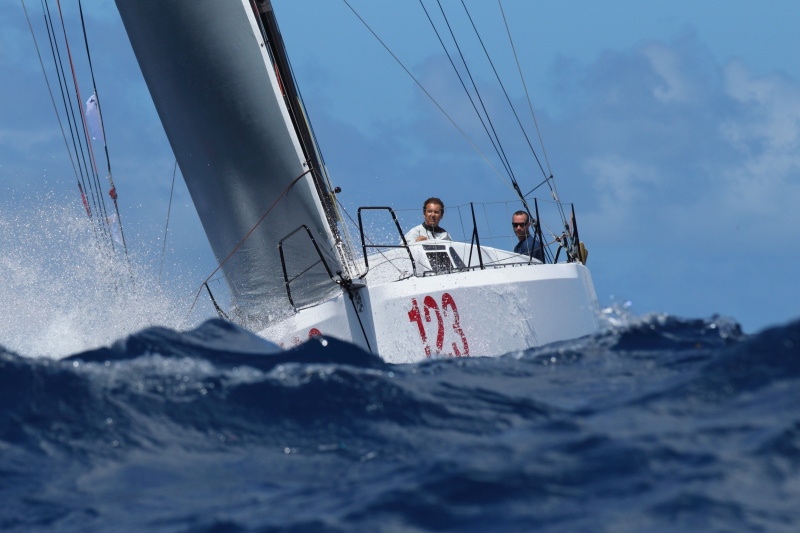 Eric De Turkheim's French A13, Teasing Machine finished the RORC Caribbean 600 at 0710 AST on Thursday 25 February in an elapsed time of Two days and 20 hours to provisionally win IRC One and claim third overall for the race. In the eight editions of the RORC Caribbean 600 no other boat under 50ft has made the podium for the overall prize. As Teasing Machine moored stern to at Antigua Yacht Club, the mass of soaking wet offshore clothing on board was testament to a tough race.

“To win our class and to be third overall is a fantastic result for us,” said owner of Teasing Machine, Eric De Turkheim. “It was a big trip to get the boat here from Australia, including sailing the boat 1500 miles upwind from Panama, but we knew we had the potential to do well in this race. This is a great race and I will always remember the leg from La Desirade to Barbuda averaging 15 knots for 140 miles with full sail and warm water cascading down the deck; it couldn't be better! We like to win but not at all cost. The ambience on board is fantastic and we were often toasting our performance with a small glass of red wine in the evening.” 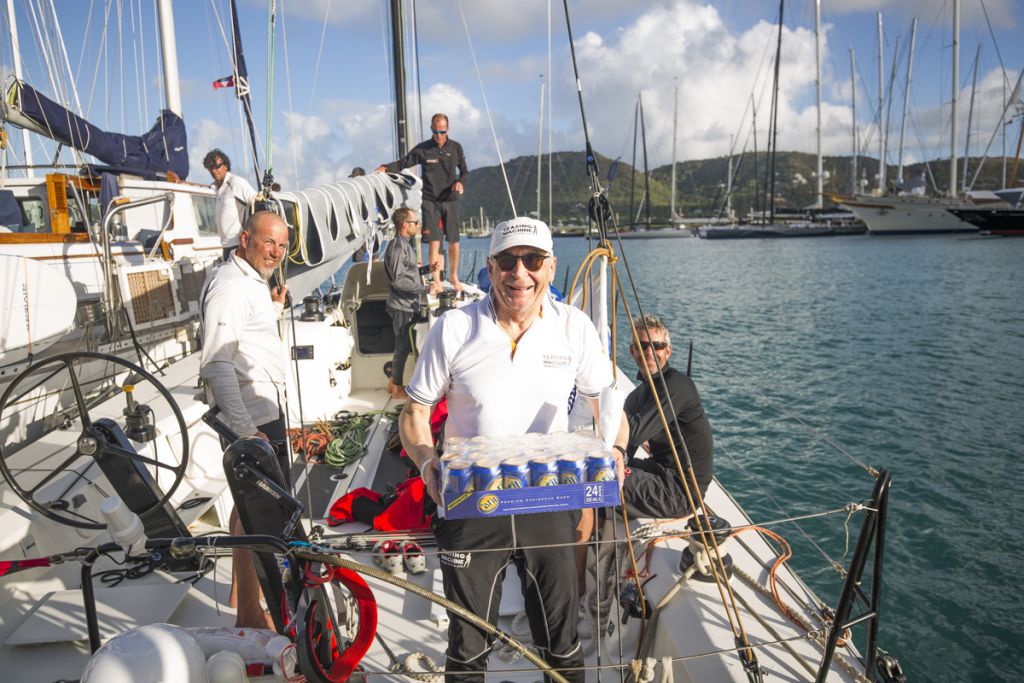 A warm welcome on arrival in Antigua for Eric De Turkheim and Teasing Machine crew. The beers are cold though! © RORC/Emma Louise Wyn Jones

Tactician of Teasing Machine, Laurent Pages adds: “Teasing Machine is like a mini Volvo 70 with a lot of stability and power and we can run it nicely into heavy air and sea state. We tried to be precise everywhere, especially the island roundings and wind shadows, but also holding a good course and perfecting sail changes. We were careful to avoid making any big loss and one of the key areas was Guadeloupe; we didn't stop at all in the wind shadow of the island and a lot of that was due to our navigator, Jeremie Beyou.”

Ross Applebey's Scarlet Oyster was 43 miles from the finish and just about to round Redonda for the beat to finish. Global Yacht Racing's First 47.7, skippered by Andy Middleton is just three miles astern of Scarlet Oyster but after IRC time correction, Scarlet Oyster look unbeatable for the class should they finish the 35 mile beat. Flying on the run to Redonda, Performance Yacht Charter's First 40, Southern Child is now third after time correction. Skippered by Lucy Jones, Southern Child is 57 miles from the finish. The leaders are expected to finish the race this afternoon.

It is nip and tuck for the class title in IRC Three. Conor Fogerty's Irish Sunfast 36, Bam leads on the water by three miles from German Swan 44, Best Buddies. Bam is also leading the class after IRC time correction, but only by a matter of minutes. Peter Hopps' Sigma 38, Sam is provisionally third in class. The leaders in IRC Three are expected to finish the race this evening. 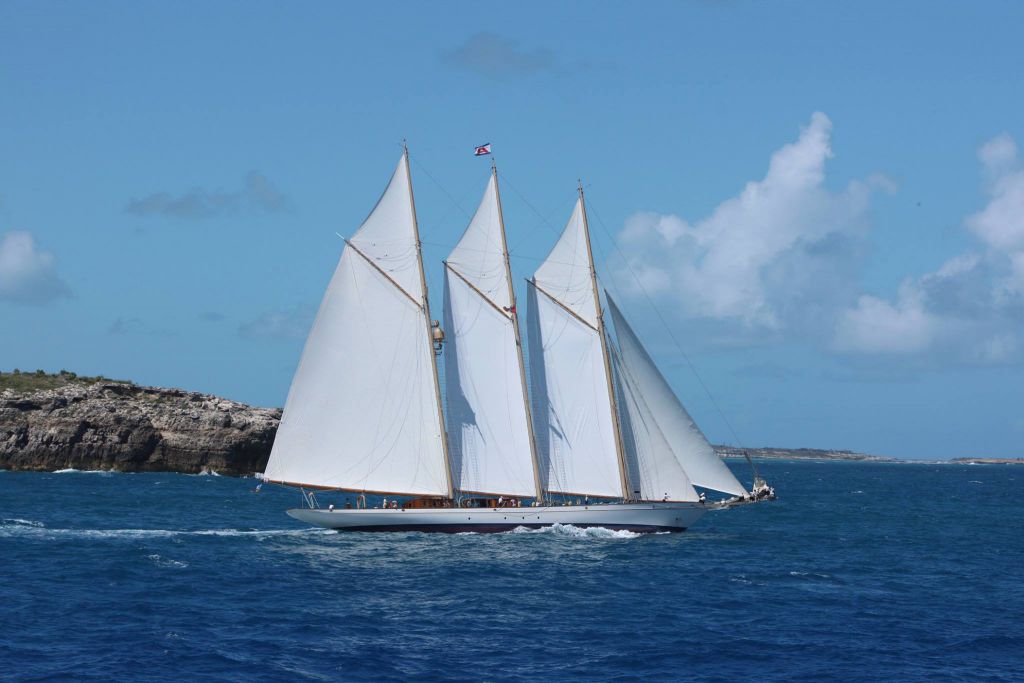