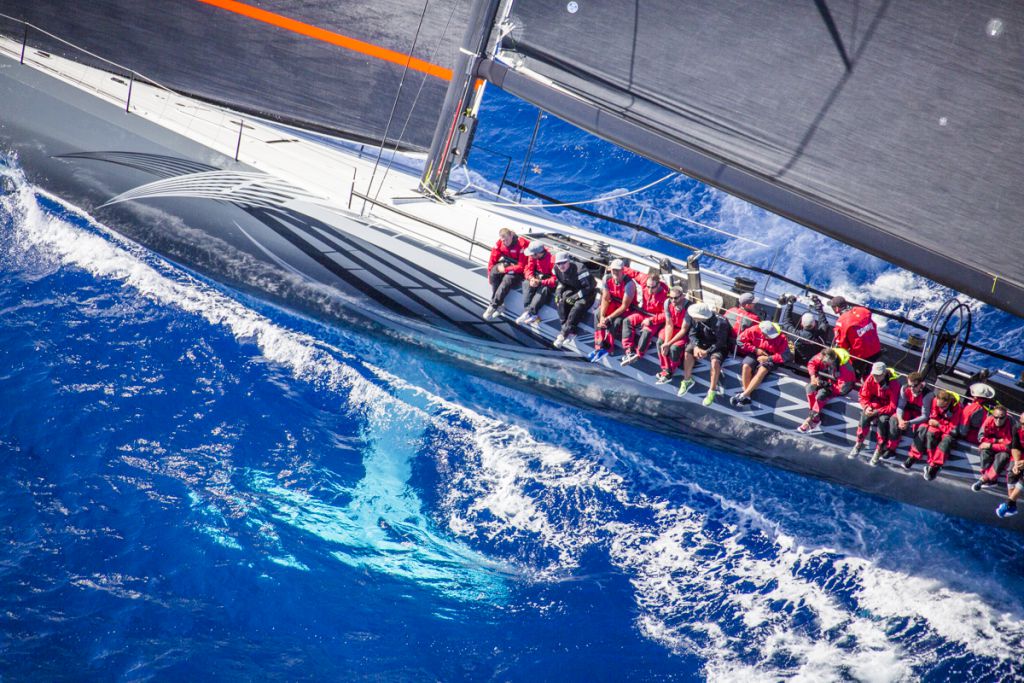 A thrilling race between four Maxi72s came to a conclusion on the third day of the RORC Caribbean 600. With the lead changing hands on numerous occasions, George Sakellaris' Proteus was the first Maxi72 to finish the race, just over 20 minutes ahead of Dieter Schön's Momo with Sir Peter Ogden's Jethou third. Last year's overall winner, Hap Fauth's Bella Mente retired with keel problems.

“We have beaten some great boats and the sailing was great and we had a beautiful venue,” smiled George Sakellaris, Proteus’ owner. “During the race we had boat-on-boat action with all of the Maxi72s; Bella Mente, Jethou and Momo, and their teams are all great sailors. Proteus is a powerful boat which helps, but it is all down to the team.”

Proteus afterguard, Stu Bannatyne commented after the finish: “Our game plan for this race was to try and not get beaten by ourselves. We were a bit late arriving here and our preparation was not ideal, so our plan going into the race was to do things smartly, but try not to be too clever with fancy stuff as we had not practiced a lot, we wanted to keep things simple. We have a great team on board so we focused on sailing the boat well and tried to minimize the mistakes we made. For this race, we had the boat configured as the highest stability boat and that really showed on the race course; whenever the conditions were pressed up, we felt we had a little edge in speed.

“The race between the four Maxi72s was always going to be intense and it certainly proved to be the case. All four of us were battling it out at times during the race. At the end of the day, we managed to slip past Bella Mente at Guadeloupe and you have to get a bit of luck, and we did there.

“These boats are not designed for a 600 mile race, they have very little concessions for sailing offshore. The inside of the boat was full of water and with all the manoeuvres and corners it was hard work for the crew. The watch system was six hours on and then three off, but if anyone got three off, they were very lucky.”

Proteus now leads the RORC Caribbean 600 overall after IRC time correction; 63 yachts are still racing but the time set by Proteus will be hard to better for the overall win. Class honour is still very much in the balance in several IRC classes. 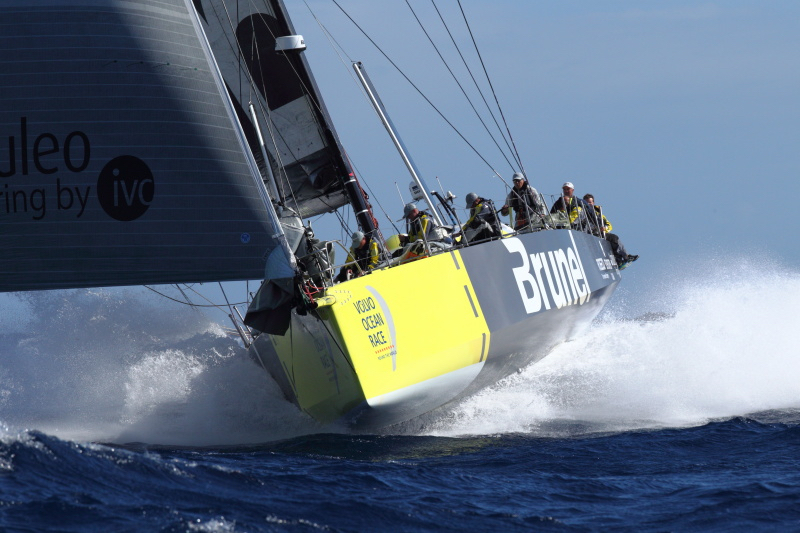 IRC Zero
Maxi72s Proteus and Momo occupy the top two places in the class. Steve Benjamin's TP52, Spookie was 7 miles ahead of Piet Vroon’s Tonnerre 4 at the Barbuda mark when their tracker stopped transmitting. Spookie has a slim shot at the overall win and class title and is being pushed hard by the Dutch team.

IRC One
Eric De Turkheim's A13, Teasing Machine is the provisional class leader. The French team have 146 miles to go and is blast reaching up to Barbuda; they will be hoping for big breeze to propel them to the finish. Andrew Weiss' Sydney 43, Christopher Dragon has rounded La Desirade for the sleigh ride to Barbuda. Provisionally second in class, Christopher Dragon was four hours behind Teasing Machine after IRC time correction. Adix, the impressive three-masted schooner, was 135 miles from the finish and lying third after IRC time correction. 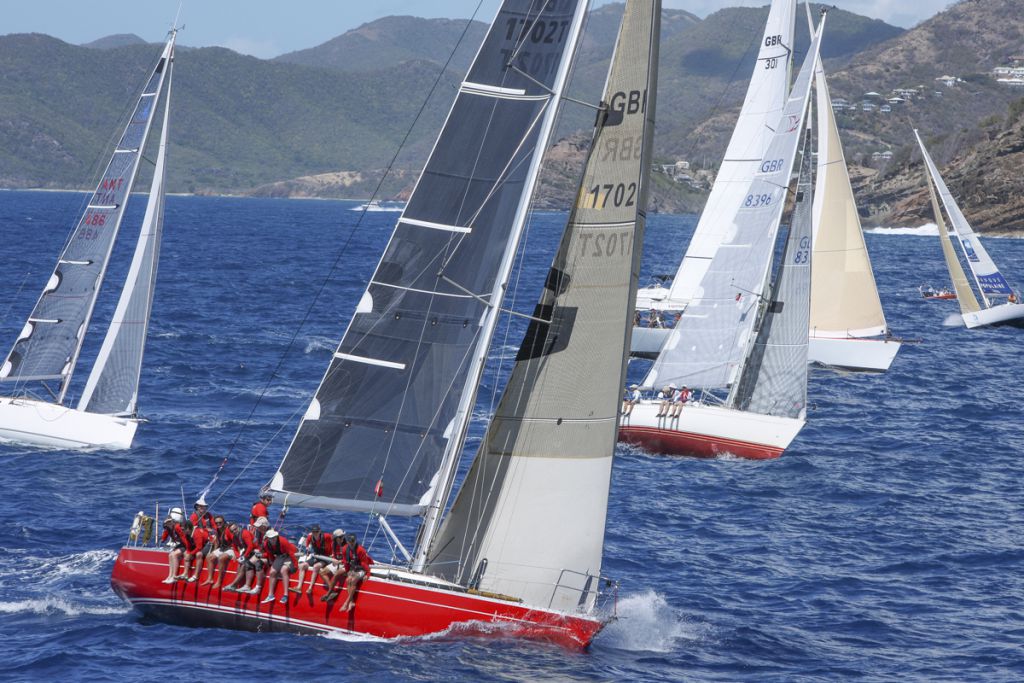 IRC Two
All 10 yachts racing in IRC Two were south of Guadeloupe at 1600 on Day 3. Ross Applebey's Scarlet Oyster leads the class by a healthy margin after time correction but his close friend and regular rival Andy Middleton, racing First 47.7, EH01 is just two miles astern of Scarlet Oyster. No doubt Andy and Ross will be putting the hammer down on the fast reach to Barbuda. First 40, Arthur Logic and Swan 53, Ballytrim are having a real ding-dong for third place, just three minutes apart after IRC time correction. Two Handed team, Chris Frost & Elin Haf Davies, racing J/120 Nunatak reported in the competitors blog: “Devastated to have to report that most of my chocolate supply has melted,” commented Elin. “Frosty will be a hero if he is to survive another 48 hours with me without chocolate! If he survives the fury that is Elin without chocolate, he should be made a Saint of Sailing!”

IRC Three
Four yachts are in a tense battle for the class win, currently negotiating the wind shadow of Guadeloupe. Irish Sunfast 36, Bam skippered by Conor Fogerty is level on the water with German Swan 44, Best Buddies, skippered by Susann Wrede. Peter Hopps, skipper of British Sigma 38, Sam who has competed in every edition of the race, is negotiating the tricky passage west of Guadeloupe very well and may have got the jump on American Swan 48, Isbjorn, co-skippered by Andy Schell and Paul Exner. 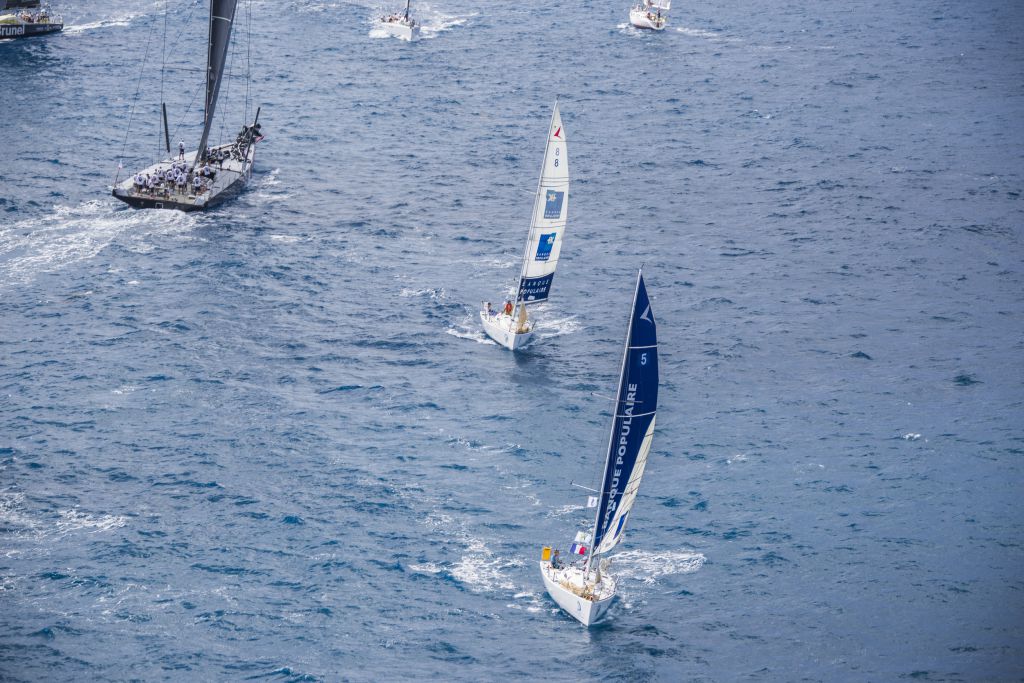 Racing in CSA 2, Figaros with young sailors from Guadeloupe  at the start of the RORC Caribbean 600 © RORC/Emma Louise Wyn Jones

Figaro sailors from Guadeloupe have been racing in the RORC Caribbean 600 for many years and are young talented sailors aspiring to join the professional ranks. Benjamin Augereau & Keni Piperol racing Bandit Mancho and Arthur Bouwyn & Alienor Fleury racing Sor are having a tremendous battle. The two teams have hardly been out of sight of each other for 400 miles. The two Figaro teams are battling it out south of Guadeloupe two hundred miles from the finish.