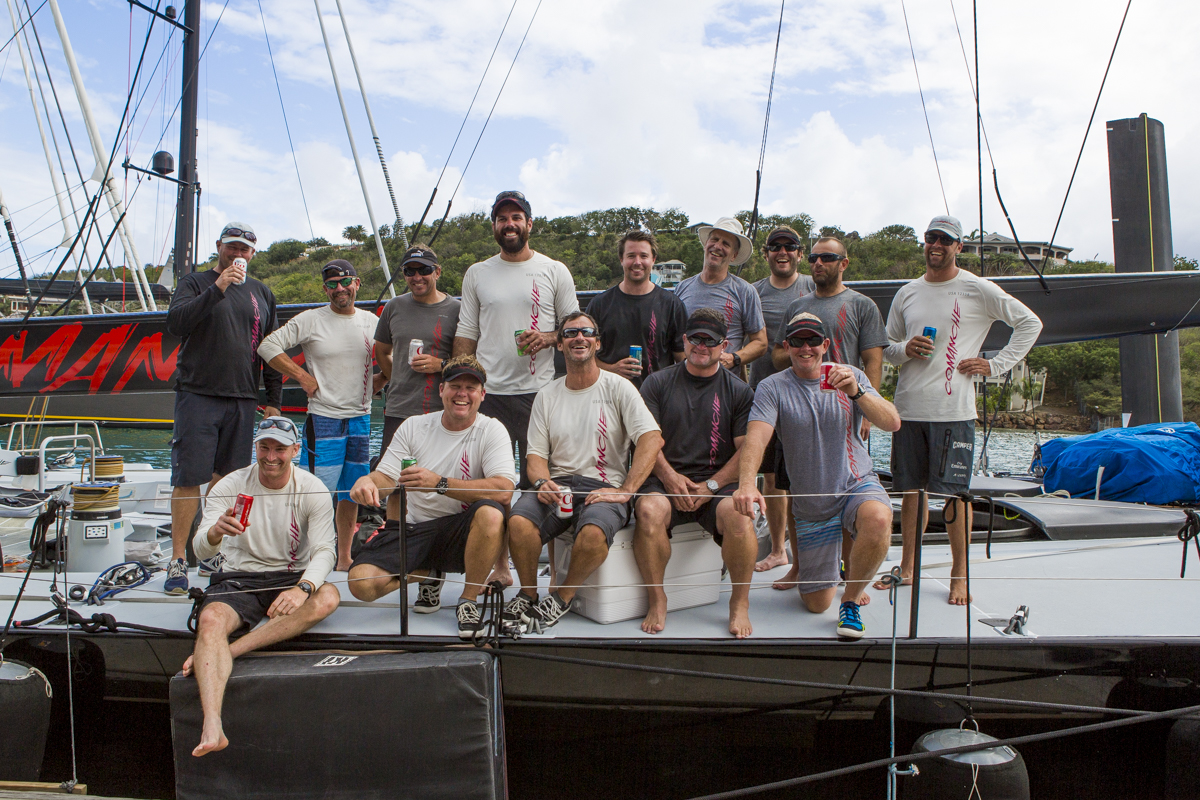 Eric De Turckheim's French A13, Teasing Machine won its class in the Rolex Sydney Hobart but miraculously arrived in Antigua 24 hours before Comanche – How could that be?

“I know that this is the only time that we will beat Comanche!” laughed Eric De Turckheim, owner of Teasing Machine. “The truth is that we wanted to come here but found it very difficult to organise shipping. Comanche told us about their ship, but we knew we would never be able to sail from Charleston in time, so we unloaded Teasing Machine in Panama days earlier and the team sailed for eight days upwind to get here in time. The distance was about the same as Charleston to Antigua but we had several more days to complete the mission. We are really looking forward to the race.” 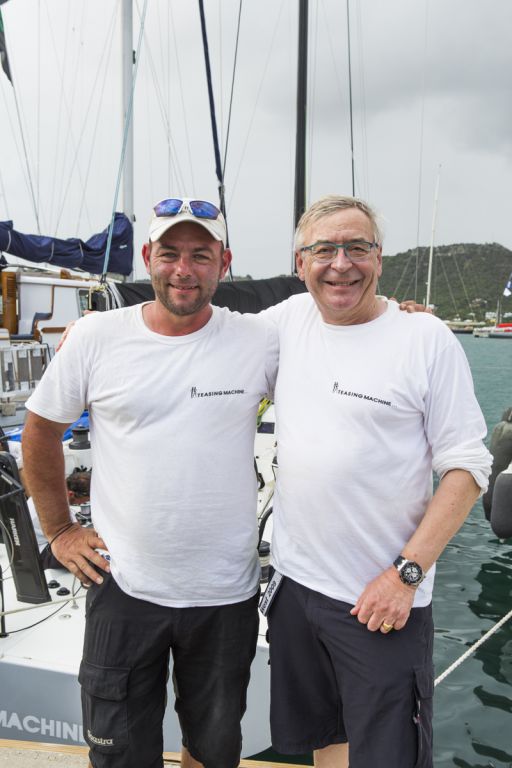 With less than 48 hours to the start of the RORC Caribbean 600, the banter on the dock has focused on the weather. Weather models are predicting 14 knots of wind from the southeast at the start, freshening to 20 knots in the early hours of Tuesday morning with the wind in the east. By Wednesday morning the wind speed is due to increase and by Thursday weather models predict 25 knots of wind from the east. By the afternoon, the wind is forecast to move to the southeast and decrease.

On noon Saturday 20th February a cold front in the Atlantic, north west of Antigua, is affecting the usual trade winds producing lighter winds from the south. Navigators throughout the fleet differ in their opinion as to when the effect of the cold front will dissipate.

Miles Seddon, navigator on Lloyd Thornburg's MOD70 Phaedo3: “It looks like we will not have a normal trade wind scenario for the start, possibly just 12 knots of wind from the south east and that may effect whether or not we break our own record. However, once the effect of the cold front has passed, normal trade winds should resume and we should be on the pace. Potentially we could see 20-25 knots later in the race, which will give Phaedo3 very fast conditions.” 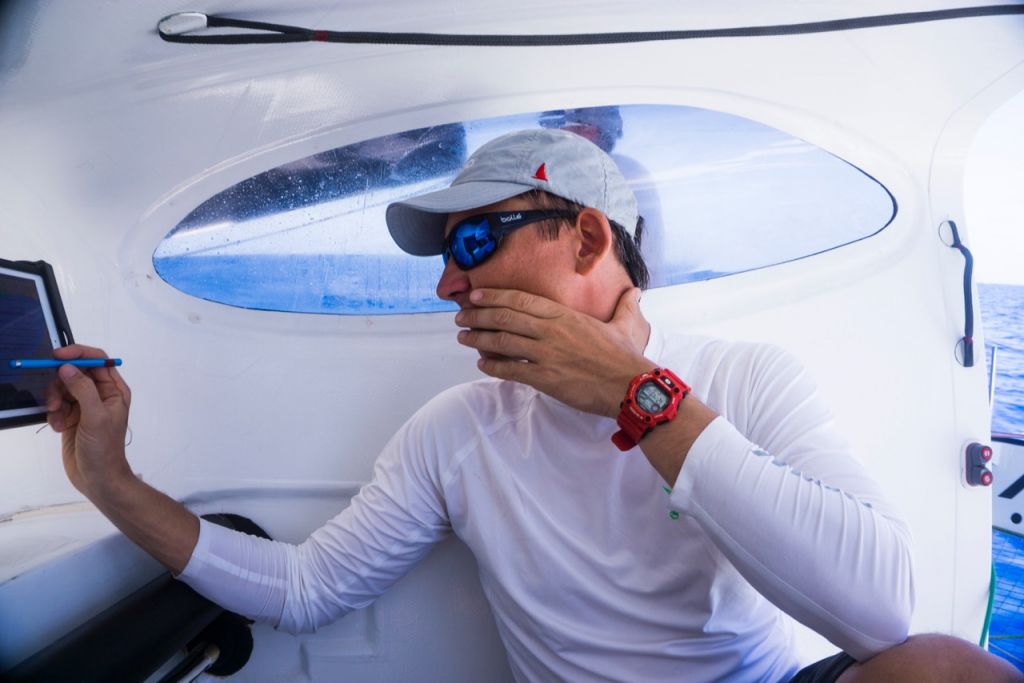 Wouter Verbraak, weather specialist for Tony Lawson's MOD70, Concise 10: “I anticipate that the normal trade winds will return before the start, so we should have easterly breeze of about 17 knots at the start. Ned Collier-Wakefield, skipper of Concise 10: “We are really up for this and so is Phaedo, so I am expecting an intense battle regardless of what the weather does.” 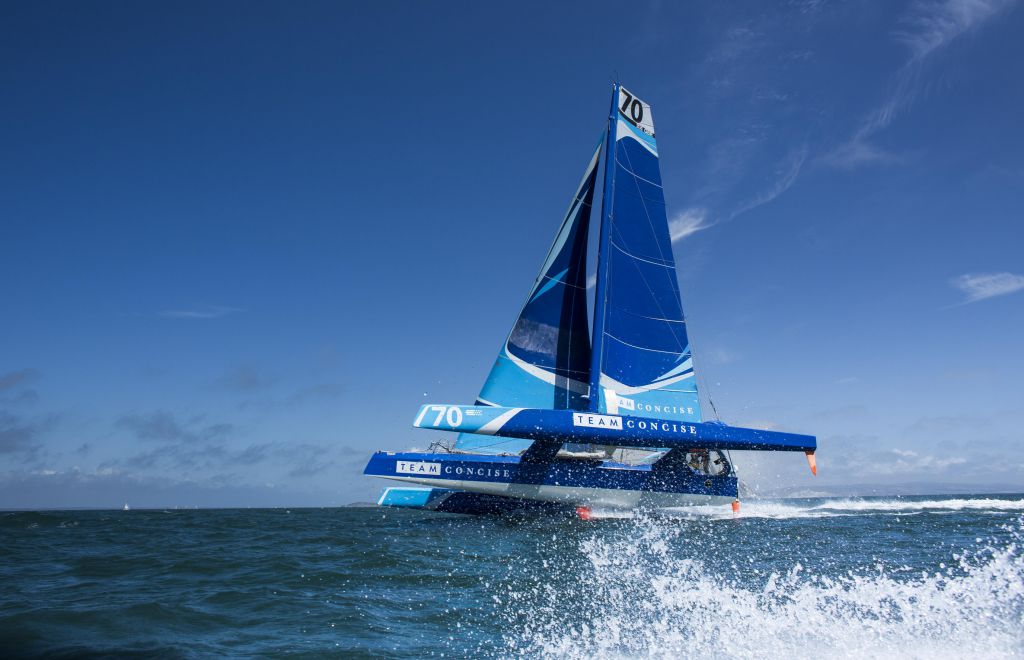 Paul Exner, skipper Swan 48, Isbjorn: “The grib files covering this region are really designed for Florida and the Northern Caribbean. Antigua is on the extremity of that so perhaps the weather models for this area are not that accurate, plus there are so many land effects here that a 60-mile weather model is not taking those into account. We expect normal trade winds at the start but when Isbjorn is on the long leg from St.Barths to Guadeloupe, we could well see tight reaching or even upwind conditions. Looking at the lighter, smaller boats in our class, this weather scenario could be really good for us, so we will be racing as hard as we can and hoping to get the best conditions for us.” 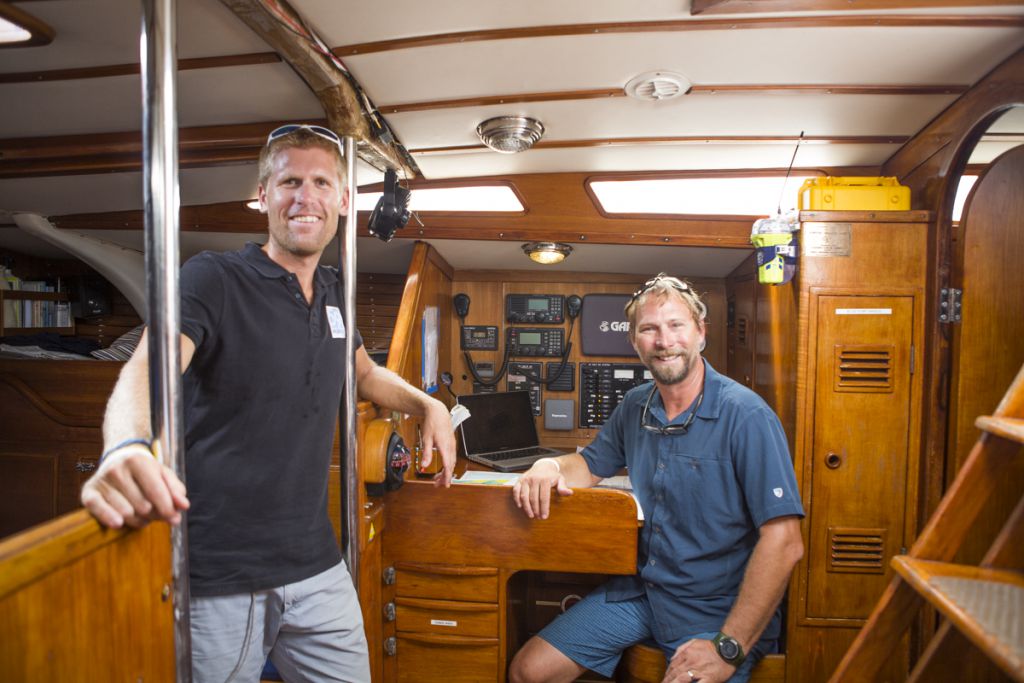