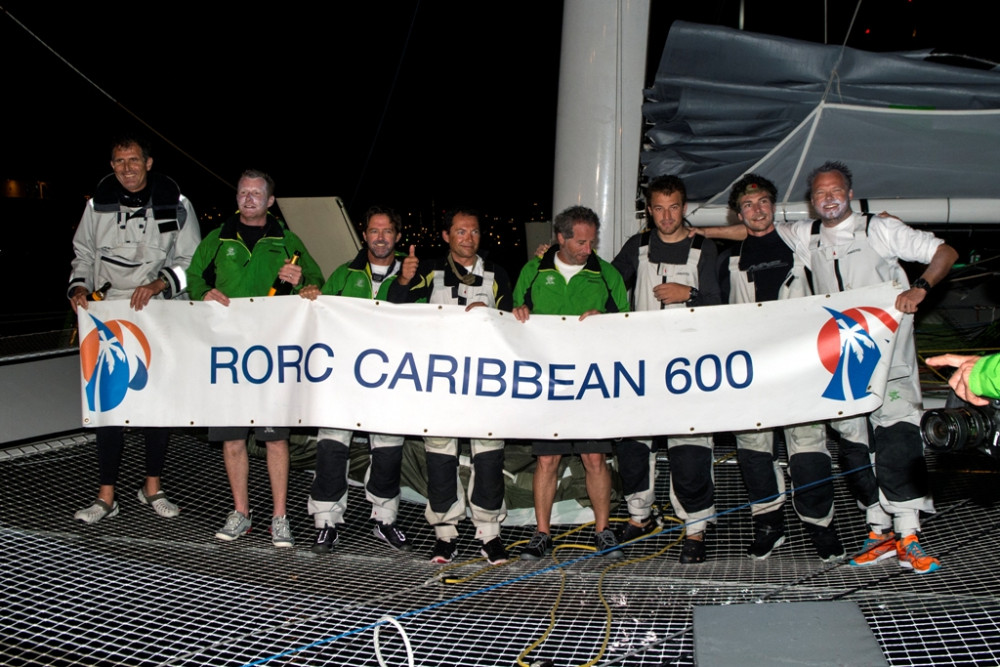 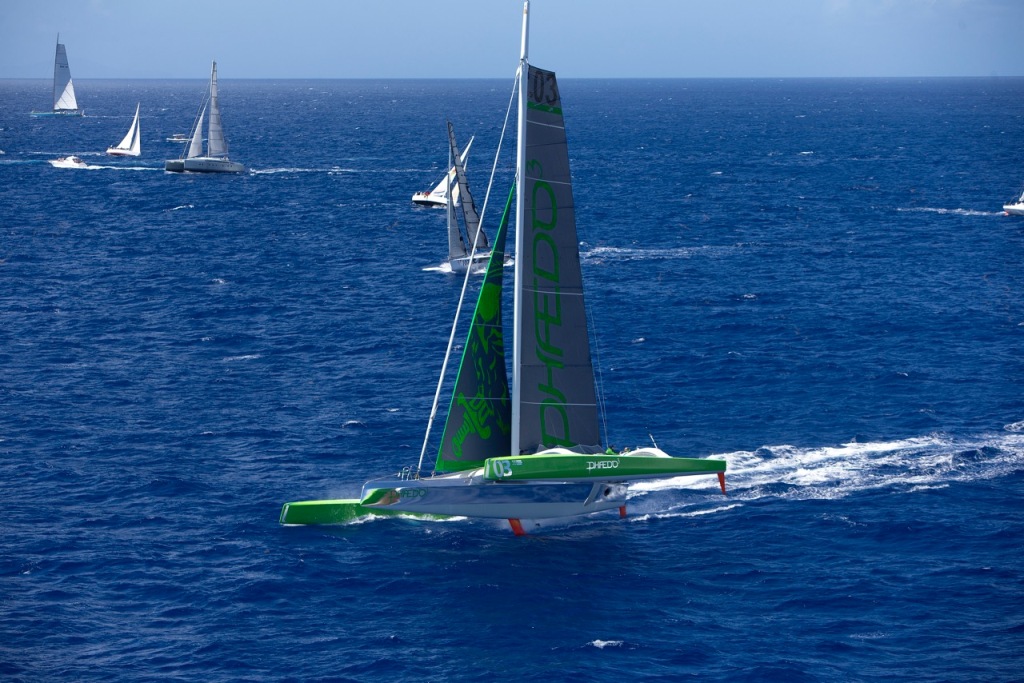 Hundreds of spectators packed the dock on Falmouth Harbour, Antigua with the party continuing well into the night to celebrate Phaedo3's magnificent achievement.

George David's Juan K designed Rambler 88 was the next boat to finish, at 06:35:12 AST on 25th February 2015, taking Monohull Line Honours for the RORC Caribbean 600. Rambler 88 was approximately four hours short of the monohull race record, set by George David's Rambler 100 in 2011. 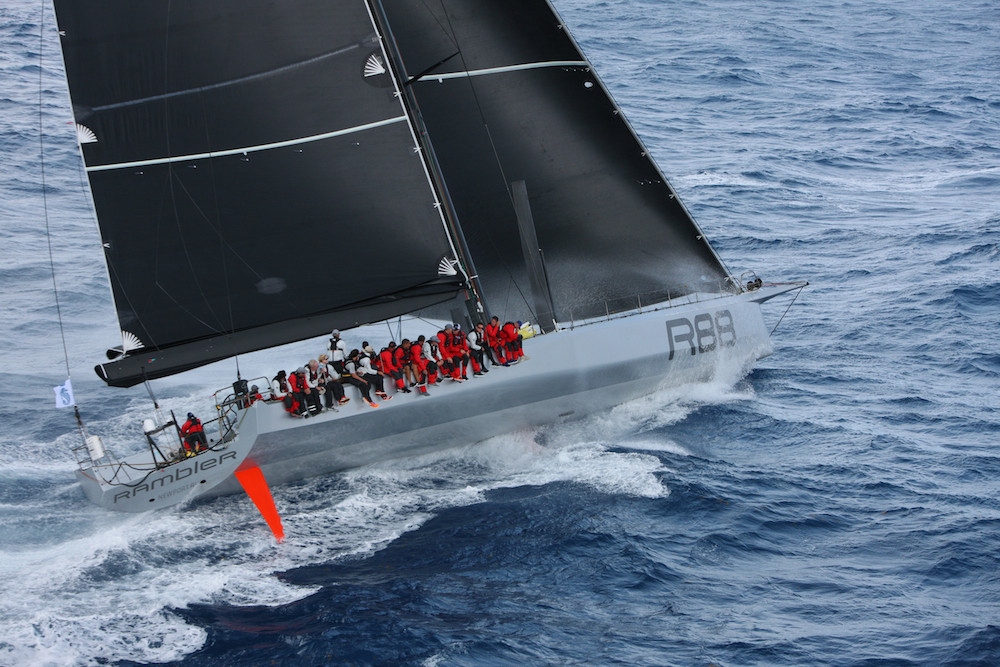 As with every competing yacht in the RORC Caribbean 600, Rambler 88 was met at the dock with a big cheer and cold beer by the Antigua Yacht Club volunteer team. George David, commented dockside.

As with every competing yacht in the RORC Caribbean 600, Rambler 88 was met at the dock with a big cheer and cold beer by the Antigua Yacht Club volunteer team. George David, commented dockside. “Rambler 88 was ahead of the monohull race record for some time, but the wind angle on the long leg to Guadeloupe was tighter than in 2012. Back then in Rambler 100, we were reaching, hitting a speed of over 20 knots, but this year that wasn't possible due to the wind angle. Rambler 88 is probably faster on every point of sail than the previous Rambler, but the weather really didn't work for us this year. Rambler 88 is an exciting boat to race, powerful and really wet on deck. We have moved a step closer to harnessing that power and the wet conditions are easily managed with good foul weather gear! A special course and a very well organised race. The RORC should be congratulated once again for producing a great event.”

Multiple America's Cup winner and Rambler 88 tactician, Brad Butterworth spoke dockside: “This is the first time I have done this race and it is an interesting course from a tactical and navigational point of view. The islands are really beautiful but we didn't get much time to appreciate the scenery. However, apart from a few minor breakages, the boat has stood up very well and the different wind speeds and wind angles on this course have given us a lot of data and ideas which will go towards improving our performance. We have a big season planned and we have the potential to have a great 2015.”

Track the Fleet:
Every yacht is fitted with a YB Tracker and their progress can be followed on the race website:
http://caribbean600.rorc.org/blog/race-information/tracking/index.html