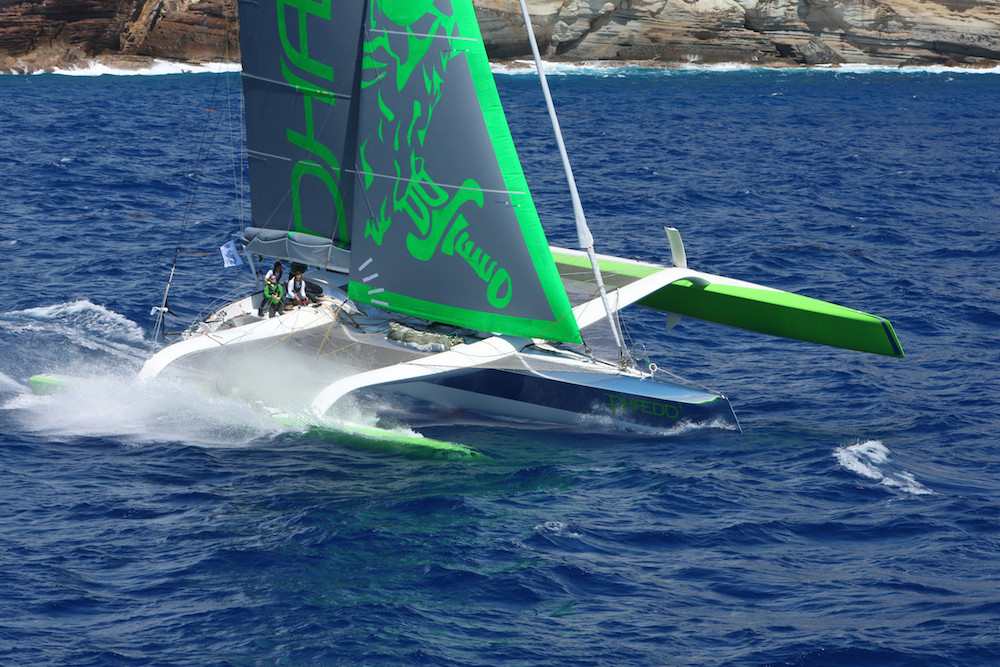 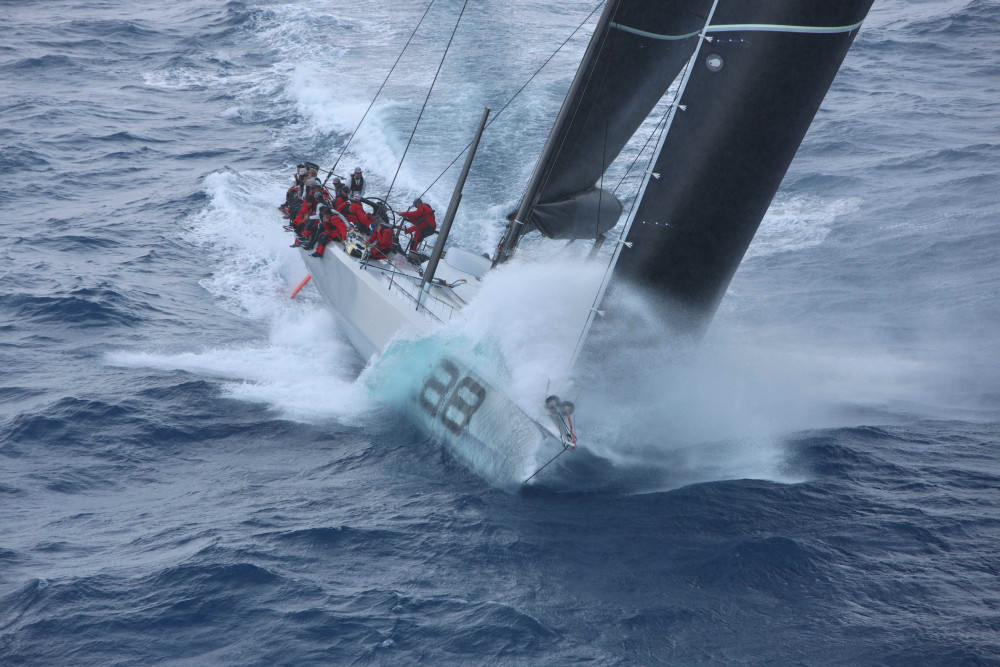 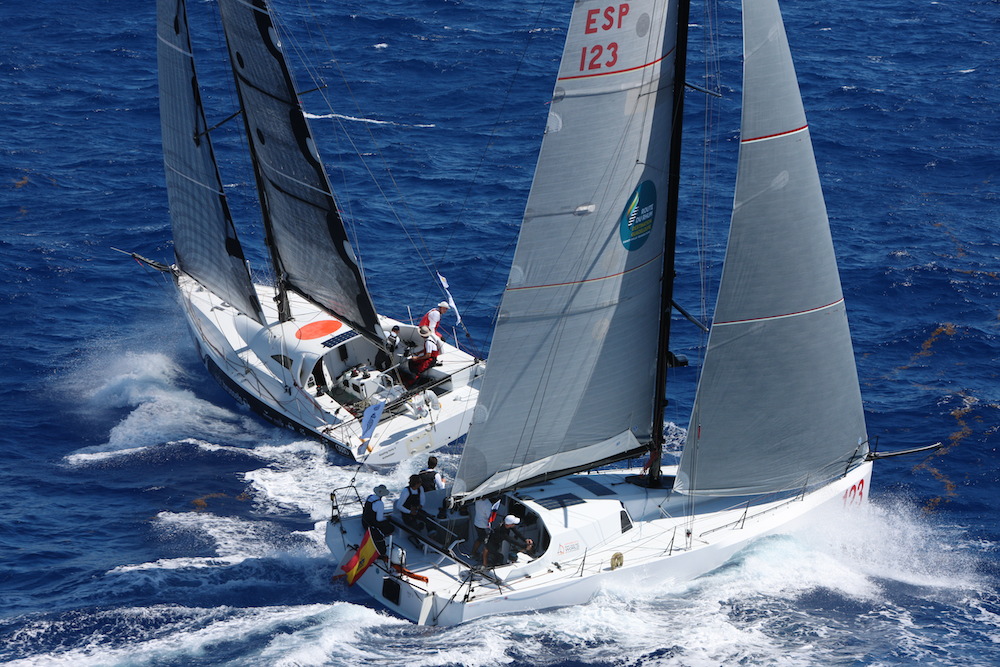 At 1600 local time the three Class40s racing in the RORC Caribbean 600 were through the physically exhausting, northerly part of the course and setting up for the 160-mile sleigh-ride to Guadeloupe. Gonzalo Botin's Spanish Class40, Tales II has built up an impressive ten mile lead over Michel Kleinjans’ Belgian Class40, Visit Brussels - Roaring Forty and American Class40, www.jeffreymcfarlane.com, crewed by members of the Oakcliff Racing Team. Gonzalo Botin from Santandar set the Class40 record last year in Tales II.

RORC Admiral Andrew McIrvine contacted the RORC Media team with news from Southern Wind 94, Windfall. “Unfortunately, we ripped our most useful jib shortly after the start, which was a real handicap on the first beat but, after Green Island, we were able to bear away and put up a reaching sail so we are back up to full speed. Windfall is a real handful on a reach - it is a proper workout on the helm, so we are changing drivers at least every hour. Moral on board is great and we are enjoying some fantastic racing against the two enormous schooners.” 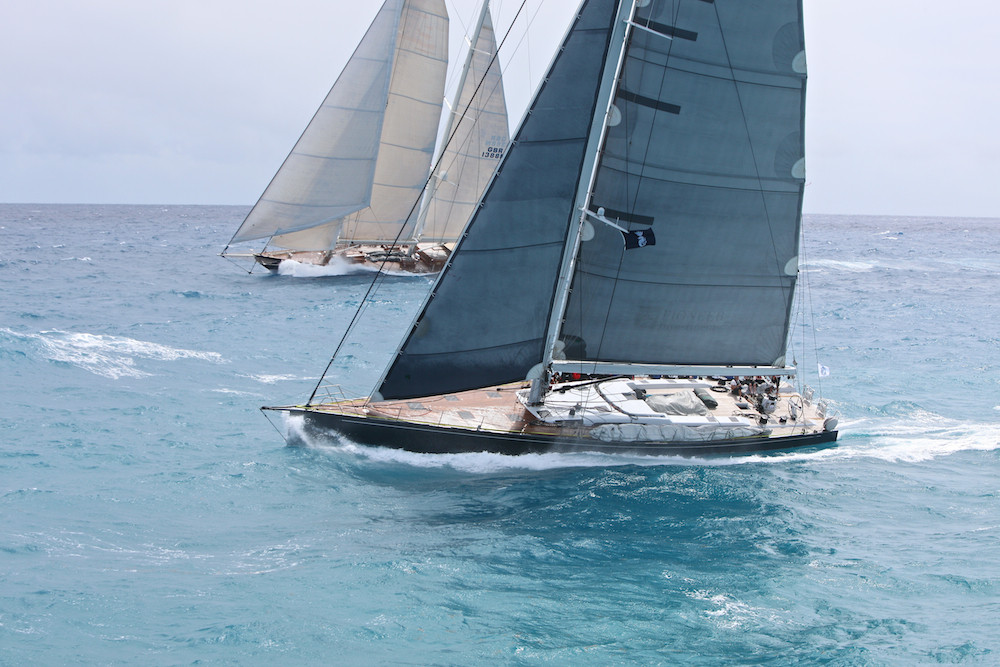