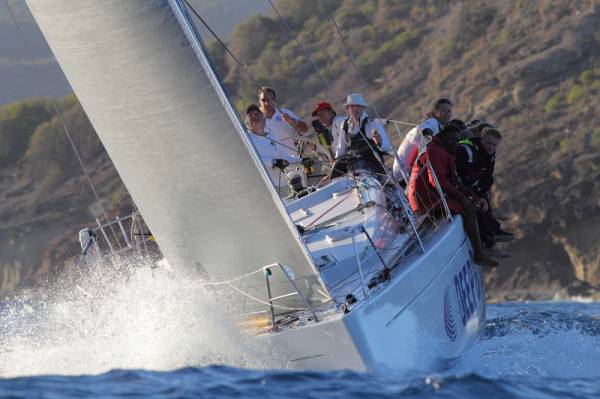 Sean Malone was all smiles dockside at the Catamaran Club in Falmouth Harbour, after completing the 600 mile race around 11 Caribbean islands; it was Sean's first '600: "It was a brilliant race and with the most magnificent crew I've ever sailed with in my entire life - they are all fighters, they never give up," he said. The course was brilliant, just always keeping you on your toes - it's just the most magnificent race I've ever done in my entire life. It's brilliant - doesn't get any better than that."

Sean came ashore wearing a fisherman's rope around his neck and explained the significance: "I was at the wheel when we caught an Antiguan lobster pot on our rudder...so I'm wearing the line from it as a punishment as it looks like it cost us dear. We got beaten by just one hour and that lobster pot really slowed us down. Antigua owes Sleeper a lobster dinner tonight!"